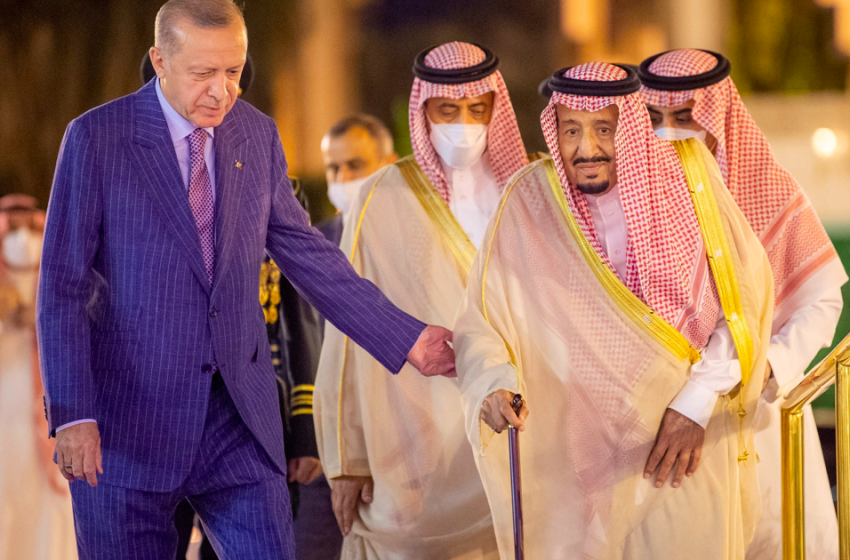 Earlier this month, a Turkish court has ruled to suspend the trial in absentia of 26 Saudis accused in the killing of Washington Post columnist Jamal Khashoggi and for the case to be transferred to Saudi Arabia.

The 59-year-old journalist was killed inside the Saudi consulate in Istanbul on October 2, 2018.

Last week, the prosecutor had called for the trial in absentia to be transferred to Saudi authorities.

“We decided to halt and hand over the case to Saudi Arabia,” the Istanbul court said on Thursday, granting the prosecutor’s request on March 31.

The decision came despite warnings from human rights groups that turning the case over to the kingdom would lead to a cover-up of the killing, which a 2018 US intelligence report had linked to Saudi Crown Prince Mohammed bin Salman.

Khashoggi’s fiancee, Hatice Cengiz, a Turkish academic and researcher, said she would appeal the decision.

Turkey “is not ruled by a family like in Saudi Arabia”, she said, telling journalists outside the court that “we have a justice system that addresses citizens’ grievances”.

“We will appeal the decision in line with our legal system,” she added.

Turkey has been trying to repair its relationship with Saudi Arabia and an array of other countries in the region.

Human Rights Watch (HRW) had called on the Turkish government to abandon the plan.

“Transferring the Khashoggi trial from Turkey to Saudi Arabia would end any possibility of justice for him, and would reinforce Saudi authorities’ apparent belief that they can get away with murder,” Michael Page, deputy Middle East director at HRW, said in a statement.

“The Turkish authorities should reverse their decision and not contribute any further to entrenching Saudi impunity by handing over the Khashoggi case to the very people implicated in his murder.”

A Saudi court sentenced eight lower-level operatives found responsible for the murder to prison terms of seven to 20 years in a trial that lacked transparency.

In November 2018, Turkey’s President Recep Tayyip Erdogan said the murder was “premeditated” and that the order to kill Khashoggi came from the “highest levels” of the Saudi government.

The Turkish government has since reversed its statements calling for an international investigation into the murder.

Many believe this is Turkey removing the main hurdle in its relations with Saudi Arabia, as it looks to repair its ties with the Gulf state, following the reparation of ties with the UAE.

Official inflation stands at a staggering 61% while the lira tumbled 44% in value against the dollar last year. These figures do not bode well for Erdogan, whose grip on power could be threatened by the country’s economic woes. Turkey is scheduled to hold elections next year.

Meanwhile, Saudi Arabia is enjoying a bumper economic year with its foreign reserves expected to climb. Higher energy prices are forecast to rake in more than $400 billion of revenue this year for the kingdom. In other words, Saudi Arabia has capital to invest in Turkey.

Erdoğan and Saudi Arabia’s crown prince met to develop relations during the first visit since the 2018 killing of journalist Jamal Khashoggi drove a wedge between the two regional powers.

The last time Erdoğan visited Saudi Arabia was in 2017, when he tried to mediate a dispute pitting the kingdom and other Gulf countries against Qatar.

Saudi state news agency SPA reported that the pair “reviewed the Saudi-Turkish relations and ways to develop them in all fields.”

Erdoğan then visited the Muslim holy city of Mecca to perform an umrah pilgrimage.

“We paid a visit to Saudi Arabia upon the invitation of Hadimu’l Haremeyn,” or “the Servant of Mecca and Medina,” said Erdoğan, referring to Saudi King Salman.

“As two brotherly countries with historical, cultural and human ties, we are striving to increase all kinds of political, military and economic relations between us and to start a new era,” said Erdoğan on Twitter.

Erdoğan also said that Turkey attaches great importance to the security and stability of the Gulf region.

“We express on every occasion that we attach as much importance to the stability and security of our brothers in the Gulf region as our own,” he said.

Turkey’s support for popular movements linked to the Muslim Brotherhood initially spurred the break with Arab regimes that saw the brotherhood’s political vision as a threat, and accused them of terrorism. During the process, Turkey and Saudi Arabia supported opposite sides in many regional conflicts.

Turkey and Saudi Arabia have been working on a rapprochement for months, as part of a broader realignment that has seen regional rivals heal rifts and step back from conflicts since President Joe Biden took office in the United States.

The trip is part of a broader effort to mend relations with Gulf countries after years of hostility fueled by Erdogan’s support for Muslim Brotherhood-aligned groups during the 2011 Arab Spring uprisings.

Erdogan is looking to bolster trade and lure investment from oil exporters as Turkey’s floundering economy costs him support ahead of elections taking place next year.

His government hopes the rapprochement will help restore trade to previous levels and boost Saudi investments in Turkey.

Saudi Arabia have been shifting away from the US geopolitically since the Biden administration came to power. The US’s calls for Saudi condemnation of Ukraine fell upon deaf ears. The Kingdom has instead sought the path that its neighbor the UAE has taken, a more independent foreign policy, placing priority on regional partnerships and relations. Turkey’s advanced arms industry as well as its large potential for investment and trade makes it a crucial regional partner to help Saudi Arabia target its economic and geopolitical interests. Its strategic importance in regional conflicts also cannot be ignored.

Now that the Khashoggi case has been handed to Saudi Arabia, and Turkey has cooled its support for the Muslim Brotherhood, the main obstacles to Turkish-Saudi ties have fallen, and relations are likely to rapidly move towards a reset, and possibly even a new era of strong strategic relations. This could shape a new dawn of stability and strong relations between several major actors in the Middle East.