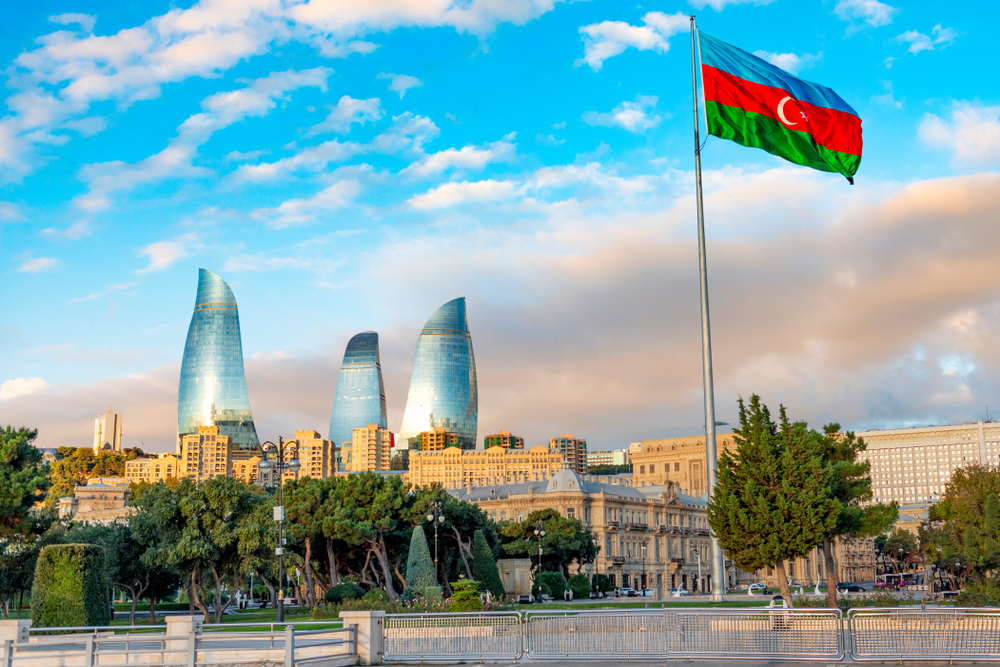 Iran has been ramping up its ties with Azerbaijan in recent years on many fronts and at a rapid rate. In early 2019, Mohammad Bagheri, Iran’s Chief of General Staff of the armed forces began his two-day visit to Baku and met with the president of Azerbaijan. This was the first time since Azerbaijani independence that the highest military leaders of Iran visited the country, which signifies a new era of strengthening ties between the nations. In the meeting, the 2 countries agreed to expand bilateral relations, further strengthen their military and security cooperation, increase trade, and work mutually on the completion of the North-South Corridor, which aims to expand regional trade by ship, rail, and road.

Since the re-opening of relations at the beginning of 2019, Trade between Iran and Azerbaijan has grown by 2.2 times. Furthermore, Iran and Azerbaijan have been working on joint regional projects designed to integrate regional transport networks will increase the competitiveness of International North-South Transport Corridor as well as deepen the relations between them.

In phone talks earlier this month, Iran’s presidential chief of staff Mahmoud Vaezi and Azeri Deputy Prime Minister Shahin Mustafayev called for closer economic and trade cooperation as the COVID-19 outbreak has caused hurdles. The top officials insisted the two neighbors will develop trade and transport relations despite the spread of the coronavirus disease.   The two officials, meantime, underlined the need to share experiences to contain the COVID-19. Vaezi and Mustafayev vowed that Iran and Azerbaijan will spare no joint effort to restore the level of trade ties to the pre-coronavirus era. Completion of the North-South Corridor was also discussed by the two officials as they stressed the significance of the joint project, according to Fars news agency. They stressed that implementation of joint projects and development of cooperation on different railway and road projects would benefit the two countries and the entire region as well.

Two weeks later, a meeting on the discussions of a project for building a power plants on the border of Azerbaijan with Iran have been held, Trend reports citing the Ministry of Energy. According to the ministry, the meeting was held between Azerbaijani Energy Minister Parviz Shahbazov and Iranian Energy Minister Reza Ardakanian. Issues included in the agenda of bilateral and trilateral cooperation in the electric power industry were discussed at the meeting. In his speech, Shahbazov informed his counterpart about Azerbaijan’s position on the projects currently being implemented in cooperation with Iran in the field of electricity and the implementation processes, assessing the extension of the term of the ‘electricity purchase and sale agreement’ between Azerenerji OJSC and the Iranian Tavanir company till 2020 as a step supporting cooperation in this area. The state of implementation of the ‘Khudafarin’ and ‘Giz Galasi’ hydroelectric power stations, as well as the ‘Ordubad’ hydroelectric power station projects was discussed at the meeting. The parties emphasized importance of accelerating work on these projects, a decision was made to hold meetings of the relevant technical commissions in the near future, the message said.

China has, like Iran, has in recent years, and especially this year, increased investment and cooperation with Azerbaijan, as it is a key part of China’s One Belt Road initiative.

China is actively pursuing investment in Azerbaijan through the Belt and Road Initiative to take advantage of its strategic position in central Asia, experts said, even as Baku maintains rigid limits on foreign capital inflows, thwarting Chinese efforts to invest in the service sector. Beijing has used the ongoing bilateral negotiations on Azerbaijan’s prolonged World Trade Organisation (WTO) membership process to open up access for projects under its belt and road plan to grow global trade. Rather than seeking a purely export-import trade deal, China has been seeking market access commitments from other belt and road countries seeking to join the WTO since announcing its plan to grow global trade in 2013, according to international trade lawyer Julien Chaisse.

Azerbaijan, located in the centre of the so-called middle corridor of the transportation links between China and Europe remains a reliable transit partner for China. This ongoing successful business cooperation will contribute to increasing the economic trade links between the two countries. A perfect example of this happened on June 20 when a cargo train consisting of 43 cars from China headed to Istanbul, passing through Azerbaijan. The cargo was received at the Port of Baku and successfully delivered to Turkey through the Baku-Tbilisi-Kars railway. The Xi’an Free Trade Port Construction and Operations logistics platform regularly transports cargo from China to Turkey through Azerbaijan. Furthermore, Azerbaijan’s role as a transit country for China is not limited to cargo, as it is keen about becoming a regional hub for the establishment of the Asia-Europe telecommunications corridor and the transmission of Chinese internet traffic.

Azerbaijan is China’s largest trade partner in the South Caucasus region and the two countries have been developing ties in the political sphere as well.   Azerbaijani Foreign Minister Jeyhun Bayramov has said that there is a high-level political dialogue between Azerbaijan and China based on mutual understanding and trust. Bayramov made this remark at the meeting with China’s Ambassador to Azerbaijan Guo Min in the Foreign Ministry on August 19. During the meeting, the sides exchanged views on further expansion of cooperation in bilateral and multilateral formats, as well as within international organizations. Speaking about the relations between the two countries, Bayramov expressed satisfaction with the development of relations between Azerbaijan and China in the political, economic, trade, humanitarian and healthcare spheres. This has certainly caught the attention the US, as will be discussed in the next section.

The US trying to maintain their interests

The US has attempted to limit the surge of Chinese and Iranian influence in Azerbaijan. Azerbaijan will beef up its marine fleet after purchasing ultra-modern Explosive Ordnance Disposal (EOD) response crafts from a leading US-based marine company, worth more than $7 million. The United States Marine Inc., a company that designs, builds and tests boats for military, patrol and special warfare, among other uses, announced this week that it will supply 15 EOD response craft boats to Azerbaijan, in a deal worth $7,572,364. “Work will be performed in Gulfport, Mississippi and is expected to be completed by April 2022,” according to Navy Recognition. “Foreign Military Sales funding in the amount of $7,572,364 will be obligated at time of award and will expire at the end of the current fiscal year. The Naval Sea Systems Command, Washington, DC, is the contracting activity.”

In a show of support, the United States has fully supported Azerbaijan’s independence, stability, and prosperity since its independence from the Soviet Union, US Ambassador to Azerbaijan Earle Litzenberger said, Trend reports with reference to the embassy. Litzenberger made the statement at the 2020 Naval Postgraduate School Regional Energy Security Symposium. “Thank you for the invitation to speak to this year’s Regional Energy Security Symposium. We are now in the third year of this valuable event. I was pleased to address this forum last year and reinforce our commitments to Azerbaijan’s sovereignty, independence and contributions to European energy security,” Litzenberger said.

Furthermore, the office of the United States Agency for International Development (USAID) in Azerbaijan announced on Monday that the agency would provide an additional $1 million to help Azerbaijan address the effects of the COVID-19 pandemic on the national economy. “USAID’s Private Sector Activity will use this funding to provide advisory services to the Government of Azerbaijan and technical assistance to small and medium-sized agriculture and agritourism enterprises to help them succeed through the challenges presented by the pandemic,” reads a statement published to the agency’s official Facebook page. The financial assistance comes on the heels of a recent decision of the U.S. government to allocate additional funds to more than 120 countries fighting the deadly coronavirus. The Department of State announced on August 21 that the government of Azerbaijan will receive $1 million from the Economic Support Fund (ESF). The amount is aimed at supporting advisory services and technical assistance to small- and medium-sized enterprises in Azerbaijan.

It is clear the US intends to maintain its geopolitical interests in Azerbaijan, which is a strategically important nation in countering the Chinese threat of regional dominance, however, its clear that this is no easy task.