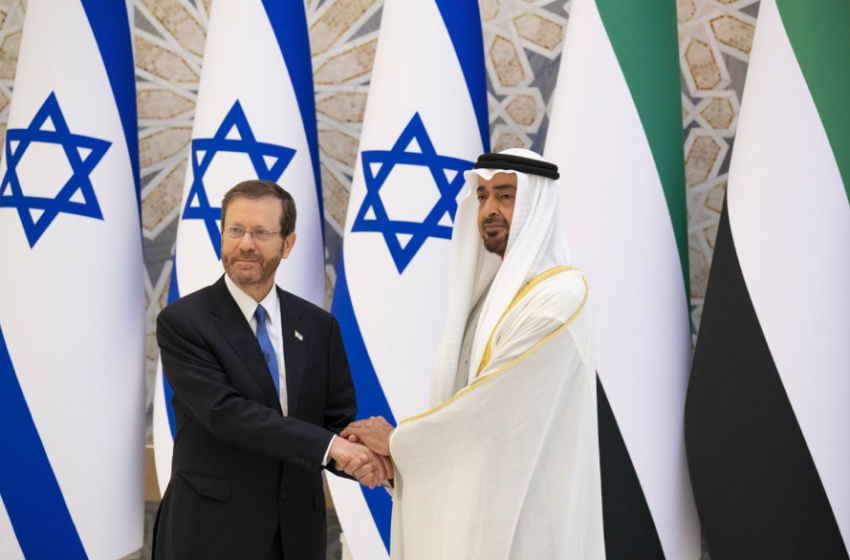 The UAE’s strong ties with Israel

The UAE has in recent years rapidly accelerated its normalization with Israel and has advanced ties with the Jewish state on all fronts.

Trade between Israel and the United Arab Emirates (UAE) topped US$1.1bn during the first full year that the countries have enjoyed diplomatic relations, according to Israeli statistics, but Israel’s trade with Bahrain and Morocco remains modest.

Israel imported US$771.5mn-worth of goods from the UAE in 2021, a massive jump from the US$114.9mn recorded in 2020, data from Israel’s Central Bureau of Statistics (CBS) show. The UAE received US$383.2mn in Israeli imports during the same period.

Israel and the UAE signed agreements establishing diplomatic ties in September 2020. The UAE, like most majority Muslim nations, had until then refused to recognise Israel because of its occupation of the Palestinian Territories, a position that melted away as their mutual enmity toward Iran drew the two governments closer.

The US-brokered agreements, known as the Abraham Accords, also included Bahrain and were later expanded to include Morocco. Sudan agreed to recognise Israel last year, in return for the US removing its economic sanctions. The three countries had similarly refused to recognise Israel in the past.

Israel’s trade with Bahrain and Morocco has not accelerated to the same degree. Total goods trade between Israel and Bahrain amounted to US$6.5mn last year, after none was recorded in 2020 and 2019, according to the figures. Goods trade with Morocco was US$41.6mn, with Israeli exports growing by just over half compared to 2020, and flows in the opposite direction remaining steady.

The UAE and Israel have also held regular cultural events promoting peace between the two nations and inter-faith dialogue.

Tensions have once again risen at the Al Aqsa compound, as Israeli forces have repeatedly stormed the mosque in recent days. Israeli forces entered the Al-Aqsa Mosque compound in occupied East Jerusalem and injured approximately 30 Palestinians, including three journalists.

The fresh raid took place on Friday morning, with Palestinians throwing stones at the Israeli police, who were dressed in full riot gear and entered the compound firing rubber bullets and stun grenades, according to journalists at the scene.

A small fire was also reported at the compound, with Palestinians blaming Israeli police for setting a tree alight, while the police said that the fire was the result of Palestinians throwing fireworks.

The Palestinian Red Crescent put the number of Palestinians injured at 31, including 14 taken to hospital for treatment. Israeli police said that one police officer had been injured after being hit by a stone.

Israeli police blamed Palestinians for throwing rocks, and said that they waited until early morning prayers ended before entering the compound.

The holy site has been the centre of days of violence amid heightened tensions following a series of attacks inside Israel and police raids in the West Bank, which Israel is illegally occupying.

In a meeting with a United States State Department delegation on Thursday, the President of the Palestinian Authority, Mahmoud Abbas, said Israel was responsible for the escalation in the occupied East Jerusalem and the occupied West Bank.

Visits by Jewish groups were suspended from Friday for the last 10 days of the Muslim holy month of Ramadan.

The UAE has uncharacteristically of its recent stance condemned Israel’s actions towards the Palestinians in Jerusalem.

The UAE has summoned Israel’s Ambassador Amir Hayek over police actions against Palestinian rioters on Jerusalem’s Temple Mount and in the Old City.

Hayek, who is Israel’s first ambassador to the UAE arrived there in October of last year and this is the first time he has been summoned. He met Tuesday with Minister of State for International Cooperation Reem bint Ebrahim Al Hashimy.

On Tuesday Al Hashimy told Hayek that full protection must be given to Palestinian worshipers on the Temple Mount, known to Muslims as al-Haram al-Sharif.

She asked Israel to preserve the sanity of the al-Aqsa Mosque and “expressed concern over the escalation of tension that threatens stability and security in the region,” according to her office.

Al Hashimy underscored the importance of respecting Jordan’s custodial role on the Temple Mount. She spoke of the need to resume a peace process for the “establishment of an independent Palestinian state on the 1967 borders with east Jerusalem as its capital in accordance with legitimate international resolutions and the Arab Peace Initiative.”

The UAE, like Jordan, has been concerned that Israel is disrupting the status quo on the Temple Mount, a charge that Israel has denied.

In addition to this, two Emirati airlines announced on Tuesday that they are canceling their participation in the upcoming Independence Day flyover amid the ongoing tensions between Israel and the United Arab Emirates over clashes atop Jerusalem’s Temple Mount.

The UAE reportedly informed Israeli Ambassador Amir Hayek of the decision during a dressing down over the violence at the holy site, the first such ceremonial rebuke since the two countries normalized relations a year and a half ago.

The UAE clearly still wants to present itself as a defender of the Palestinian cause, and the rights of Palestinians in Jerusalem, and such actions display that. However, ties between the UAE and Israel have developed to such an extent that the UAE is unlikely to proceed with further and more significant steps against Israel, even if the violence continues. The UAE is rather recalibrating its relationship with Israel by excluding the unconditional support or lack of reaction to the Israeli’s actions in Palestine, rather aiming to maintain some credibility domestically and with its Arab allies by speaking out for the Palestinians. 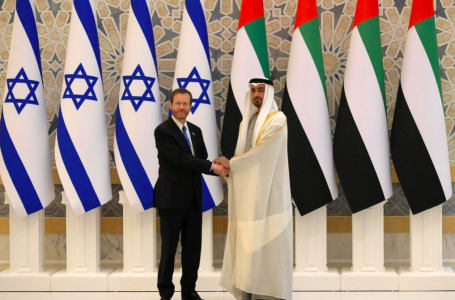 Will Israel help the UAE defeat the... 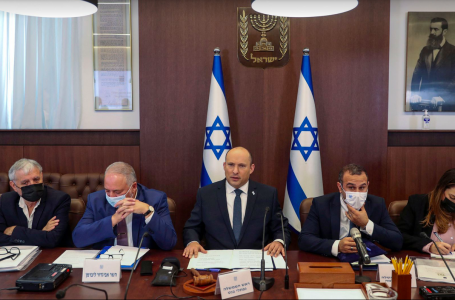