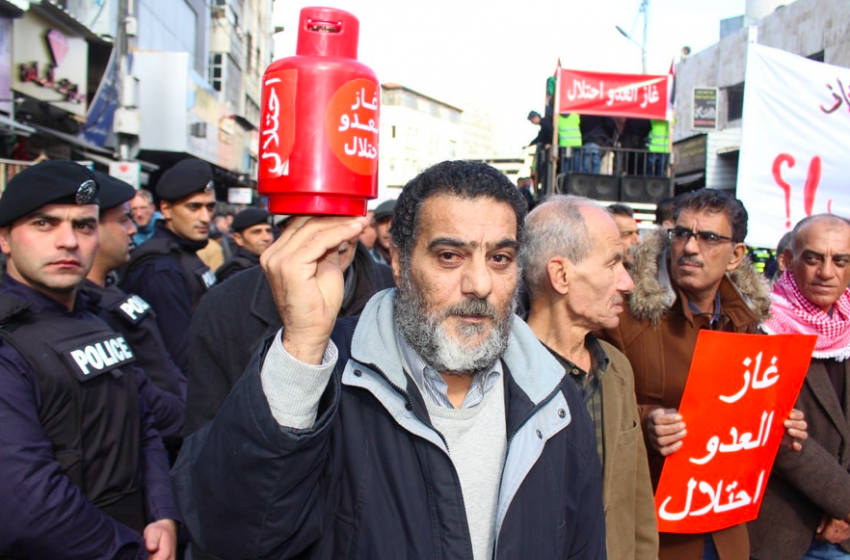 Israel and Jordan have signed a declaration of intent for a water-for-energy deal, Israel’s Energy Ministry said towards the end of last month, in the first such deal between the two countries.

The project would see Jordan build 600 megawatts of solar generating capacity which would be exported to Israel, contingent upon Israel providing water-scarce Jordan with 200 million cubic metres of desalinated water.

Feasibility studies would start in 2022, said a statement from Israel’s diplomatic mission in the United Arab Emirates, where the deal was signed.

It has not been decided over how long the agreement would be carried out.

The deal was signed by the UAE’s climate change minister, Jordan’s minister of water and irrigation and Israel’s energy minister at the Expo 2020 world fair currently being hosted by Dubai.

“All residents of the Middle East will benefit from this memorandum of understanding, not just Jordan and Israel. This is a message to the world on how countries can act together to fight the climate crisis,” said Israel’s Energy Minister Karine Elharrar.

Jordan, which signed a peace treaty with neighbour Israel in 1994, said on Monday the deal was not “legally or technically” binding and the kingdom would only proceed if it secured these quantities of water, Water and Irrigation Ministry Spokesman Omar Salamah said.

Israel, which already sells Jordan some freshwater supplies, had long sought to sell desalinated water to its neighbour, but the kingdom had resisted.

“Climate change and the influx of refugees have further exacerbated Jordan’s water challenges, however, there are many opportunities for regional cooperation to help increase sustainability in the sector,” Jordan’s Minister of Water and Irrigation Mohammad Al-Najjar said.

Jordan currently stands second in the list of the world’s water-poor countries, according to the global water index.

Hundreds of people gathered in the Jordanian capital to protest the decision several days later. Jordanians at the protest on Friday rejected the agreement, saying it moved towards normalising ties with Israel while it continues to occupy the Palestinian territories. Opponents also warned that the deal would force Jordan to be dependent on its neighbour.

Nasreen held a poster made by her three children. “It’s about being HUMAN,” the poster read.

“We reject this normalisation with the Zionist entity which practices the worst form of terror and crimes against our families and brothers in occupied Palestine,” said the Muslim Brotherhood in Jordan. “The movement condemns and rejects putting vital and strategic sectors in the hands of a hostile entity that does not respect deals and agreements.” It added a warning about the threat to Jordan from a public angry at the agreement.

The Partnership and Salvation Party described the deal as a “new disappointment” by the Jordanian government. “It is time for this absurdism to stop. The Information Minister denies such a deal in the morning and the Water Minister signs it in the evening. Doesn’t Jordan deserve a better government?”

Jordanian police on Tuesday arrested 16 university students who were peacefully protesting the agreement, according to Fadi and Fuad Yousef, whose brother Yanal Yousef was detained.

Jordanian MPs walked out of Parliament yesterday in protest against the signing of the deal. Parliament had agreed to set a session to discuss the agreement of intent, however, after the walk-out, the speaker was forced to adjourn the session for half an hour because it had lost quorum.

Reasons for concern and the UAE’s role

The head of Jordan’s Environmental Union Omar Sushan said the deal was “a political project”.

“You cannot justify this project from climate change; this is a normalisation project,” he told Al Jazeera.

“We need to strengthen our national water network, build public awareness about water management, and use new methods of irrigation in Jordan. This is our strategic option. We cannot rely on Israel,” Sushan said.

Rund Awwad, an engineer specialising in renewable energies and energy policy in Jordan, said, “I don’t see this agreement ticking any boxes to achieve energy and water security… This is more of a political deal, it’s not about the feasibility or the strategy.”

The UAE, which became the first Gulf state to normalize relations with Israel last year, said it was pleased to play a role in bringing the two countries together in demonstrating the benefits of establishing diplomatic relations.

The UAE and Israel signed the Abraham Accords in September 2020, which solidified their economic cooperation and has since facilitated multiple billion-dollar deals between the two countries.

“It [the solar plant] is funded by the Emirates to support the Israeli occupation. They want to make Israel an economic reference point in the Middle East,” al-Armouti said.

Also commenting on the UAE’s decision to fund the solar plant, Duried Mahasneh, chair of EDAMA, an environmental NGO in Jordan, said: “I understand the goodwill of the Emirates by [helping] supply water to Jordan, but I wish this was through the enhancement of desalination in Aqaba, not on the Israeli shores.”

Emirati Crown Prince Mohammed bin Zayid deserves much of the credit for the solar-water plan. His recognition of Israel last year set the stage for a rash of dealmaking. His accord also removed the threat of Israeli annexation of parts of the West Bank, initially including the Jordan River Valley, as presaged in the Trump administration’s so-called deal of the century plan. Had Israel annexed the valley, King Abdullah may have suspended at least parts, if not all, of the peace treaty with Israel.