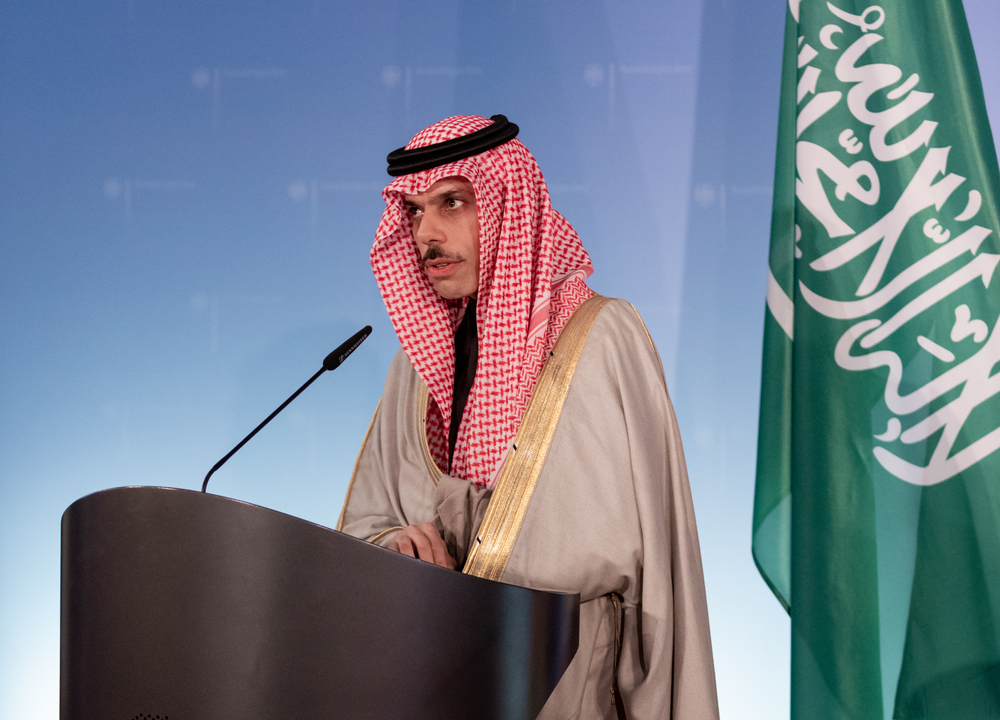 Qatar has been locked in a dispute with Saudi Arabia, the United Arab Emirates, Bahrain and Egypt since 2017. Furthermore, once Qatar’s previous emir, Sheikh Hamad bin Khalifa al-Thani, handed over the rule of the country to his son, Tamim bin Hamad bin Khalifa al-Thani, in June 2013, relations with Israel became clandestine. Contacts between the two countries were excused as efforts to mediate between Hamas and Israel, and the reason for this was its dependence on Iran and Turkey due to its isolation.

Now, Saudi Arabia’s foreign minister has signalled progress may be under way towards resolving the three-year-old rift with its Gulf neighbour Qatar, following a meeting in Washington with US Secretary of State Mike Pompeo.

“We are committed to finding a solution,” Prince Faisal bin Farhan said in a virtual discussion hosted by the Washington Institute for Near East Policy, a think-tank, on Thursday.

“We continue to be willing to engage with our Qatari brothers, and we hope that they are as committed to that engagement. “But we do need to address the legitimate security concerns of the quartet and I think there is a path toward that” with a solution “in the relatively near future,” said Prince Faisal.

Several past attempts to end the dispute have failed, as Qatar has rejected the blockading nations’ demands that include shutting down Al Jazeera Media Network, cutting ties with Islamist groups, limiting ties with Iran and expelling Turkish troops stationed in the country. Qatari Emir Sheikh Tamim bin Hamad Al Thani has said that his country is ready for dialogue to resolve the diplomatic crisis, but stressed that any solution to the crisis must respect his country’s sovereignty.

Doha stresses that it is necessary to solve the Gulf crisis through dialogue without any preconditions, which is what Kuwait and the Sultanate of Oman are trying to make mediation efforts to complete.

The US playing a big role

The US is playing a major role in bringing Qatar and Saudi Arabia together. The Trump administration has been pushing for an end to the blockade and paving the way for a united Gulf against Iran.

Interestingly, Qatar’s defense minister said that US President Donald Trump has backed down from supporting states imposing blockade on Doha. “There is a strategic alliance between the US and Qatar based on mutual respect and common interests,” Khalid bin Muhammad Al-Attiyah told the Doha-based Al-Jazeera television. This could be an aggressive move by the US to try to force the Saudi-led block to normalize relations with Qatar.

Turkey could present an obstacle

Turkey’s increasingly close ties with Qatar could present a major obstacle to hopes for ending the blockade. Saudi Arabia has recently ramped up its rhetoric against Turkey.

Several media outlets have reported that the authorities responsible for Saudi Arabia’s commercial sector have been pressuring Saudi companies to stop commercial dealings with Turkey, including boycotting Turkish products, investment and tourism to the country.

Relations between the two countries have soured in recent years due to the stark positions adopted by both countries on a number of issues, ranging from Ankara’s support for the Arab Spring to the backing of Qatar in the face of the decision by Saudi Arabia, the United Arab Emirates, Bahrain and Egypt to boycott the tiny Gulf state in June 2017. Tensions increased following the assassination of Saudi journalist Jamal Khashoggi in the Saudi consulate in Istanbul on Oct. 2, 2018. Turkey’s strong stance demanding the trial of those responsible for his killing has only worsened the situation.

Furthermore, on Thursday, Turkey’s Anadolu Shipyard launched a cadet training warship that has been exclusively produced for the Qatari Naval Forces. Turkey’s Anadolu Shipyard launched one of two cadet training warships for the Qatari Naval Forces under the agreement that was signed in 2018 at the Doha International Maritime Defense Exhibition and Conference (DIMDEX 2018.) The vessel was manufactured and designed in Turkey and has added some “special features” on the demand of the Qatari Emiri Navy.

This will increase tensions with the UAE, who have already been concerned with Turkey’s increasing influence in Qatar. The presence of Turkey’s army in Qatar is an “element of instability in the region,” the UAE’s minister of state for foreign affairs said on Saturday.

“The Turkish military presence in the Arab Gulf is an emergency. It reinforces polarization, and it does not take into account the sovereignty of states and the interests of the Gulf countries and its peoples,” Anwar Gargash tweeted. Commenting on a statement made by Turkish President Recep Tayyip Erdogan during his recent visit to Qatar, Gargash said that Turkey’s army is not working toward stability in the region as the President claimed. “The statement of the Turkish President during his visit to Qatar, in which he indicates that his army is working toward the stability of all Gulf states, is inconsistent with Turkey’s regional role, and the evidence (for this) is numerous,” the minister said.

It is clear that Turkey’s increasing military and economic presence in Qatar is seen as a direct threat to the UAE and Saudi Arabia and will therefore be an obstacle in ending their blockade of Qatar.