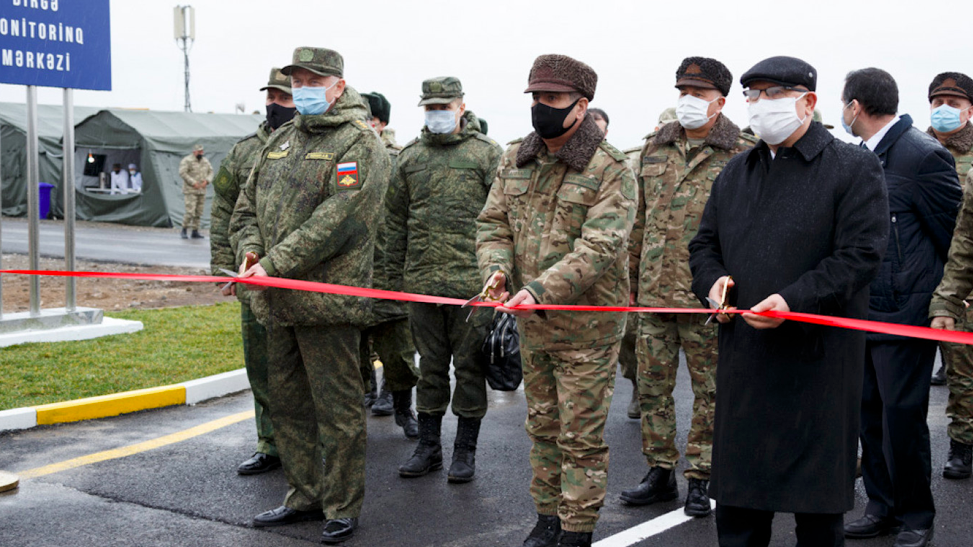 Relations are already on the high, especially in the defense sector, as in November last year, a joint venture company with Turkey to domestically produce as many as 48 of the Turkish Bayraktar TB2 combat drones that lately helped give Azerbaijan a decisive edge in the six-week Nagorno-Karabakh conflict. News of the deal came from Vadym Ihorovych, general director of Ukrspetsexport, a state-owned Ukrainian defence manufacturer, who was interviewed by online publication Left Bank. The drones built in Ukraine would be slightly different from the ones manufactured in Turkey, Ihorovych said.
Ukraine today stands out as Turkey’s main partner in a number of critical military technologies, inter alia turbo prop and diesel engine, avionics, drone, anti-ship and cruise missiles, radar and surveillance systems, space and satellite technologies, robotic systems, active and passive shielding systems and rocket engines and guidance systems.
The annexation of Crimea by Russia and the outbreak of war in Ukraine in 2014 were the turning point in bilateral relations. While previously the two sides did not attach much importance to their relations, apart from the trade side, the Ukraine-Russia conflict and the subsequent escalation of geopolitical tensions in the Black Sea, made Turkish-Ukrainian cooperation a top priority for the two countries. Meetings between high-ranking officials and other diplomatic contacts intensified. In addition, negotiations on the signing of a free trade agreement, which had been suspended in 2013, have resumed.
The main reason for the strongly negative Turkish stance is that the annexation of Crimea changed the balance of military power in the Black Sea in favor of Russia. Previously, the Russian Black Sea Fleet was in extremely poor condition, consisting mainly of old vessels. By imposing its control over Crimea, however, Russia has significantly increased its Exclusive Economic Zone and its Black Sea coastline, which is now almost equal to that of Turkey.
The foundations of cooperation in the defense industry were laid with agreements signed in 2014, 2016 and 2018. In 2018, Ukraine procured 6 Turkish unmanned aerial vehicles Bayraktar TB2. In 2019, the Turkish Baykar Makina, manufacturer of Bayraktar, and the Ukrainian Ukrpetrskport signed an agreement to create a consortium, with the aim of joint production of modern weapons systems. The co-operation will reportedly solve the long-standing problems of the Turkish defense industry in engine construction.

Russia has in recent weeks shown signs that it is strengthening relations with Greece, prompting questions as to the motives of such moves. It is certainly possible that Russia, feeling threatened by Turkey’s increasingly strong ties with Ukraine, is attempting to do the same to Turkey through its geopolitical rival Greece, with which a heated territorial dispute over the Mediterranean is ongoing.

Grushko arrived in Greece for annual Moscow-Athens political consultations. On Friday, the Russian diplomat will meet with Greek First Deputy Foreign Minister Miltiadis Varvitsiotis to discuss issues related to the mixed intergovernmental commission, the results of Greece’s chairmanship in the Committee of Ministers of the Council of Europe, and Russia’s relations with the European Union.

More significantly, Russia has appeared to back Greece in the latter’s Mediterranean dispute with Turkey, announcing last month that Greece has a right to extend its territorial waters to 12 nautical miles from its islands. He did add however, that in cases of overlapping interests, the two sides have to find a solution through dialogue.

Some analysts believe that Lavrov’s remarks come as a surprise after Moscow and Ankara had recently forged closer ties, however this is an oversimplification of Russian-Turkish ties, a relationship which is very much balanced between cooperation and competition.

A perfect display of this is the current situation in Nagorno-Karabakh, which Azerbaijan regained from Armenian control with strong support from Turkey in the recent war.

Turkey and Russia have opened a joint military facility in Azerbaijan to help monitor the ceasefire with Armenia, a stark indicator of the shifting geopolitics in the region. The center formally opened on Jan. 30, near the village of Giyameddinli in the Aghdam region. Staffed by an equal number of Russian and Turkish troops, 60 on each side, it is novel in a number of ways.

It represents the first formal Turkish military presence in the Caucasus in more than a century, and the first Russian military presence on Azerbaijani-controlled territory since Baku effectively kicked the Russians out of a radar facility in Gabala eight years ago. It also is a rare case of direct military cooperation between the two historical foes who have lately become custodians of a shaky security condominium in their shared neighborhood.

Official information about the center’s precise mission is scarce. But according to a dispatch from the center in the Russian Izvestiya newspaper, the primary mission appears to be as a base for surveillance drones to monitor the new ceasefire lines between Armenian and Azerbaijani forces. The Russian troops use Orlan-10 and Forpost drones; the Turks use Bayraktars. The intelligence is used to support the 2,000-strong Russian peacekeeping contingent that operates on the territory in Nagorno-Karabakh that Armenian forces still control.

Despite this, some experts believe that Russia is wary of giving Turkey too much influence in the region, and is still in control of the geopolitical scene in the area. Aydin Sezer, an Ankara-based expert on Russian politics, said that opening a monitoring center outside the territory of Nagorno-Karabakh does not mean that Turkey will have political leverage in the region.
“It is a ridiculous move just for domestic consumption. Ankara unintentionally gave Kremlin a new space to maneuver within Azeri territories. Turkey is not included in the official decision-making process under the ceasefire deal,” he told Arab News.

The significant development of Turkish-Ukrainian relations over the last seven years or so shows that, despite frequent reports about the Russia-Turkey rapprochement, which is absolutely certain, Turkey still considers Russia a serious threat, which must be treated. Close co-operation with Ukraine demonstrates the common understanding of Turkey and the US-NATO on the geopolitics of the Black Sea.