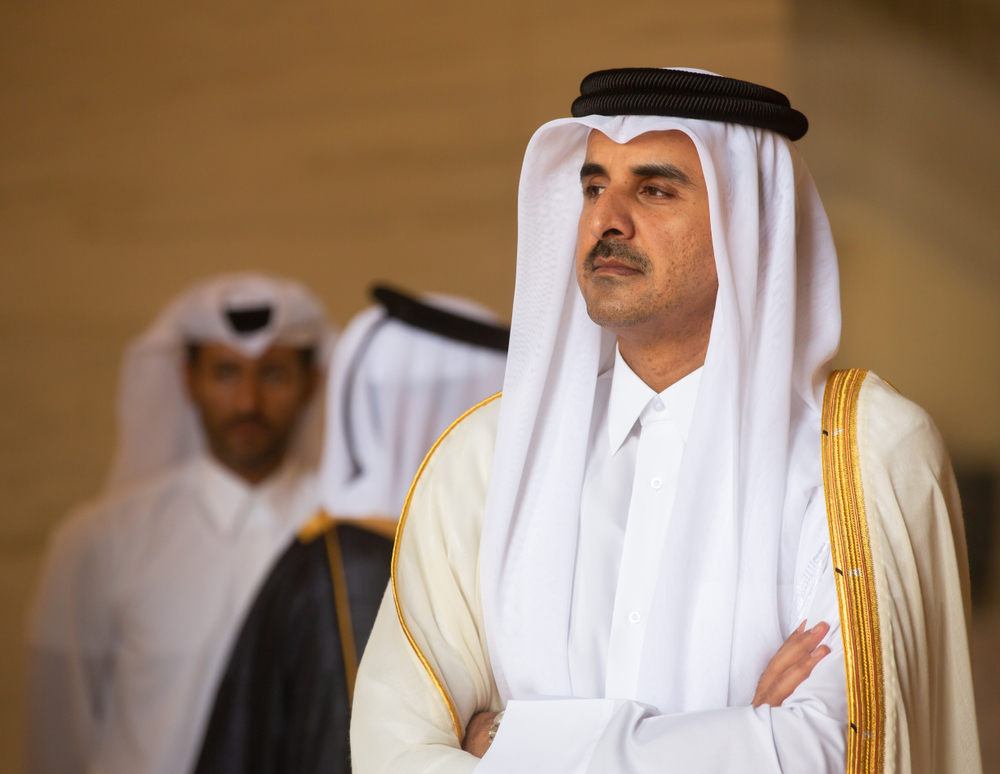 The US pushing for stronger ties with Qatar

The US has in recent months launched renewed efforts to strengthen its diplomatic and geopolitical ties with Qatar, who it views as a valuable partner to have in the Gulf, and fundamental to the Gulf unity in the direction that the US desires.

Currently, the United States hopes to move ahead with plans to name Qatar as a major, non-NATO ally, a status that provides foreign nations with benefits in defence trade and security cooperation with Washington, a senior US official said on Thursday.

Currently, 17 countries have MNNA status, including Gulf Arab states Kuwait and Bahrain, which hosts the US Navy’s Fifth Fleet. It is also important to note that geopolitical ties already do exist between Qatar and the US and Qatar hosts the largest US military facility in the Middle East.

The annual Strategic Dialogue process underlines the commitment of Qatar and the United States to long-term cooperation on consolidating state-of-the-art defence facilities; countering terrorism and violent extremism in all its forms; promoting regional peace and security; engaging in military, commercial, and aviation cooperation; providing humanitarian assistance; promoting law enforcement collaboration; combating the financing of terrorism; expanding trade and investment relationships; supporting labour reform; increasing public health partnerships, especially in the global fight against COVID-19; and enhancing educational and cultural cooperation, said a  statement by the US Embassy in Qatar.

Qatar has been locked in a dispute with Saudi Arabia, the United Arab Emirates, Bahrain and Egypt since 2017. Furthermore, once Qatar’s previous emir, Sheikh Hamad bin Khalifa al-Thani, handed over the rule of the country to his son, Tamim bin Hamad bin Khalifa al-Thani, in June 2013, relations with Israel became clandestine. Contacts between the two countries were excused as efforts to mediate between Hamas and Israel, and the reason for this was its dependence on Iran and Turkey due to its isolation.

Meanwhile, the US in the past months has been working hard to end the Gulf dispute. Progress may be made within weeks to end a three-year blockade of Qatar by Arab states, a senior US State Department official said earlier this month, citing signs of “flexibility” in negotiations.

David Schenker, the department’s top diplomat for the Middle East, was quick to urge caution, however, because there has not been any fundamental shift in talks that would quickly lead to a resolution.

“I don’t want to get into the whole diplomacy in it but there is some movement. I would like to say that it’s going to be a matter of weeks,” Schenker told a virtual event hosted by the Washington, DC-based Brookings Institute.

Kuwait and the United States have tried to mediate a rift that has undermined Washington’s efforts to form a united front against Iran, which is struggling for regional supremacy with Saudi Arabia.

Qatar’s increasingly strong ties with Iran which corresponded the blockade, are a major obstacle to be overcome in Qatar-US relations. Most recently, Iran’s outgoing Ambassador to Qatar Mohammad Ali Sobhani and Emir of Qatar Sheikh Tamim bin Hamad al-Thani called for bolstering bilateral relations in various areas, Trend reports citing IRNA. Sobhani made the remarks at the end of his mission in Qatar, terming the relations as historic and brotherly. He considered the development of relations as a breakthrough, thanking the Qatari officials for constructive cooperation.

However, Qatar may believe that its way out of this tough position is mediating the US-Iran conflict. But this is clearly a dangerous game due to the level of tensions. In the face of the call by the United States for a return to international sanctions against the Islamic Republic, Qatar’s U.S. envoy has expressed to Newsweek an offer to hold discussions to de-escalate tensions between Iran and Arab states of the Persian Gulf. “Qatar’s priority has always been to maintain stability in the Gulf region,” Qatari ambassador to the United States Meshal bin Hamid Al Thani told Newsweek. “This includes maintaining dialogue with neighbors in the region.” The diplomat emphasized that Doha does not “always see eye-to-eye” with Tehran but explained that peace was in the interest of all parties in the region. “Qatar has its share of disagreements with Iran, especially when it comes to foreign policy,” Al Thani told Newsweek. “However, our objective has always been to not hide our concerns but use dialogue and diplomacy to resolve these differences. Qatar is always willing to play a role in de-escalating conflicts if requested by the parties involved.”

From this statement, it appears Qatar could even slightly distance itself from Iran for the US to accept its mediation and to facilitate stronger ties with the US. Qatar is walking a very tight rope.

Qatar’s rejection of Israel the deal an obstacle

In a move that will prove a major obstacle to developing US-Qatar ties, Qatar has rejected the prospect of normalizing ties with Israel as the UAE and Bahrain did, and have condemned the latter two for the move.

Normalising relations with Israel “can’t be the answer” to the Israeli-Palestinian conflict, a Qatari official has said, adding that Doha will not join other Gulf Arab states in establishing diplomatic ties with Israel.

“We don’t think that normalisation was the core of this conflict and hence it can’t be the answer,” Lolwah al-Khater, Qatar’s foreign ministry spokesperson said on Monday in an interview with Bloomberg.

“The core of this conflict is about the drastic conditions that the Palestinians are living under” as “people without a country, living under occupation,” she said.

Al-Khater’s statement came ahead of Bahrain and the United Arab Emirates signing their normalisation deals with Israel in a ceremony scheduled in the White House later on Tuesday.

Adding more heat to the flame, the Emir of Qatar, Sheikh Tamim Bin Hamad Al-Thani, condemned the international community at the 75th Session of the UN General Assembly (UNGA) yesterday for its lack of “effective action to confront Israeli intransigence and its continued occupation of Palestinian and Arab land.”

Speaking during the online meeting, the Qatari leader said that countries and international organisations are failing to uphold UN Resolutions against the ongoing Israeli occupation of Palestinian territories and its continued building and expansion of illegal settlements.

“[Israel is guilty of the] flagrant violation of international resolutions and the two-state solution as agreed upon by the international community,” said Sheikh Tamim. “Peace can only be achieved when Israel fully commits to the international terms of reference and resolutions that are accepted by the Arab countries and upon which the Arab Peace Initiative is based.”

Under the 2002 Arab Peace Initiative, Arab nations declared that Israel would only receive “normalised” ties in return for a statehood deal with the Palestinians based on the 1967 borders with East Jerusalem as the capital, as well as a just solution for Palestinian refugees and an end to the illegal occupation.

Qatar’s defiance of the US’s closest ally Israel is a major concern that the US will not be able to overlook when evaluating strengthening their partnership with Qatar. Hence, as long as this stance holds, US-Qatar ties will remain fragile and non-effective.