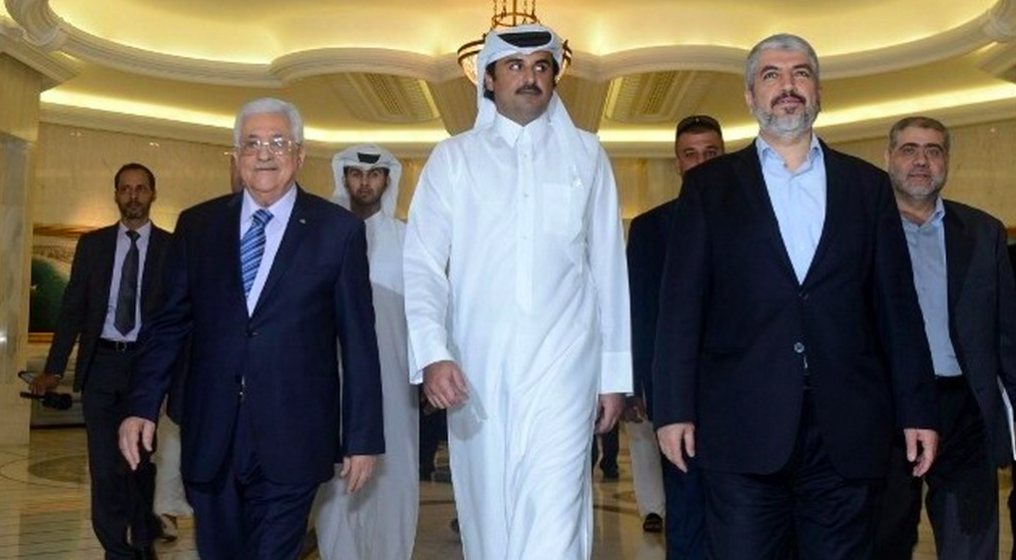 The Qatari government on Sunday said it would provide $360 million in assistance for the Gaza Strip during the coming year, renewing a program that has helped reduce fighting between Israel and the territory’s Hamas rulers.

Qatar has been providing $20 million to Gaza each month since 2018. The payments have paid for much-needed electricity, helped Hamas cover the salaries of its civil servants and provided monthly $100 stipends to scores of impoverished families. Qatar has provided additional funds for development projects such as new roads and hospitals.

Israel and Hamas are bitter enemies that have fought three wars since the group took control of Gaza in 2007. The fighting, combined with an Israeli blockade and continued infighting with the rival Palestinian Authority, have ravaged Gaza’s economy.

The Qatari aid, delivered with Israeli agreement, has provided some relief to the local economy and is seen as a factor in preventing lingering tensions between Israel and Hamas from spilling over into renewed fighting.

The Qatari announcement comes as Hamas and the Palestinian Authority are trying to hold new elections in the Palestinian territories. The vote is meant as a key step toward reconciliation.

The long anticipated inner-Palestinian reconciliation between the PA and Hamas is another issue where President Mahmoud Abbas can be expected to seek out Qatari support.

Hopes that the first Palestinian polls in almost 15 years will be held soon have received a major boost with rival factions Hamas and Fatah exchanging written approval of a democratic election process.

Abbas welcomed the letter’s contents “regarding ending the division, building partnership and achieving national unity through democratic elections, with full proportional representation — legislative and presidential elections, and the National Council — to be held simultaneously,” Wafa said.

Qatar understands that the best place to reassert its importance as a regional actor is the Israeli-Palestinian conflict. Clarifying his country’s position that the recent wave of normalization agreements undermine the integrity of the Palestinian cause, Qatar’s foreign minister stated in November 2020, “I think it’s better to have a united [Arab] front to put the interests of the Palestinians [first] to end the [Israeli] occupation.”

The perceived betrayal of the Palestinian cause by the United Arab Emirates and Bahrain, the first countries to board former U.S. President Donald Trump’s normalization train, has left PA Authority President Mahmoud Abbas scrambling for allies. Despite reducing international travel due to both his advanced age (Abbas turned 85 in November) and the COVID-19 pandemic, Abbas made his way to Doha in December and “praised Qatar’s position in support of the Palestinian people’s right to regain their undiminished and full rights,” according to a statement released by his office.

Qatar also sees brokering reconciliation as a tremendous opportunity to communicate its effectiveness as a regional mediator, succeeding where others, such as Egypt, Turkey, and even Russia, have failed. It is no coincidence that after his recent meeting with the PA president, Sheikh Tamim bin Hamad Al Thani, Qatar’s emir, released a statement in which both underscored “his country’s position in support of the Palestinian issue and the Palestinian people right to regain their rights and establish their independent state, with Jerusalem as its capital,” and later, he “stressed the importance of Palestinian unity.”

Egypt also has its eyes on Palestine

In what could be an obstacle for Qatar, Egypt still intends to maintain a foothold in reconciliation procedures.

Egyptian diplomatic sources told The Arab Weekly that Cairo is carefully monitoring Qatar’s role as it seeks to invest in rapprochement between the Palestinian Fatah movement and Hamas.

Egypt, however, asserts that Cairo, and not Doha is the regional centre of gravity on the Palestinian issue.

Egyptian diplomatic sources have expressed their concern that Doha could invest in the Palestinian reconciliation issue and take it away from Cairo, especially since the Fatah and Hamas movements have no qualms about involving Qatar.

With Gulf reconciliation, President Mahmoud Abbas (Abu Mazen) can reach out to Qatar without fear of annoying Egypt, which he has close ties with.

But Egypt wants to benefit from the results of the Al-Ula summit to know how Qatar plans to handle the file, which is of vital importance to Egypt and will be a true test of Qatar’s commitment.

The meeting between the Qatari emir and Haniyeh in Doha on Sunday constituted a clear indication of their continued warm relationship.

Mohammad Masharqa, director of the Progress Center for Policies in London, said that Haniyeh tried during his meeting with Tamim to explore Qatar’s future relationship with Hamas after Gulf reconciliation.

On Monday, Egypt will host a quadripartite meeting that includes Jordan, Germany and France to push the peace process forward. Cairo finds that the consensus to hold elections offers a propitious environment to convince the international community that real change has taken place in the Palestinian landscape and to draw its forces to Cairo’s preferred negotiating venue.

Whether Qatar and Egypt will increasingly clash with their conflicting interests in Palestine, or work together to find a solution, remains to be seen, however, there are certainly positive signs in reconciliation efforts, especially with the support of Qatar. Qatar is certainly strengthening Palestine, and playing a major role in uniting it.