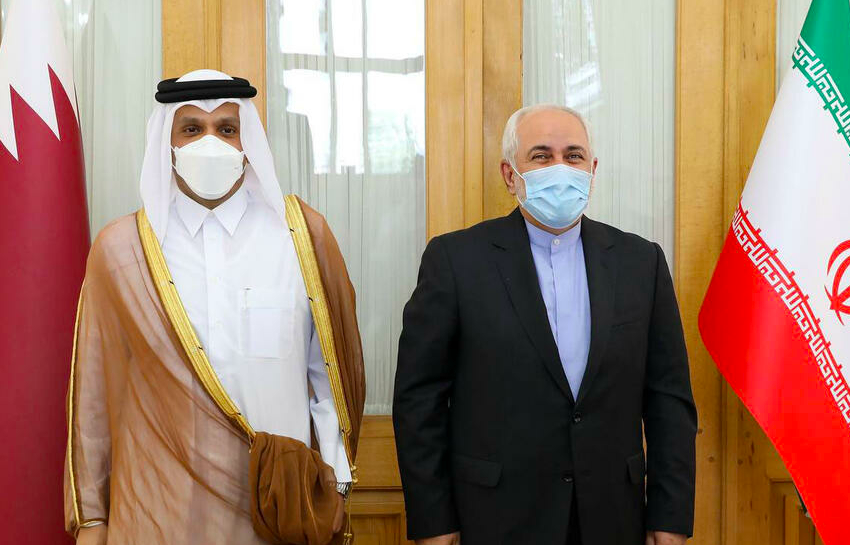 Qatar FM in Iran just days after US visit

Qatar’s foreign minister traveled to Iran for unpublicized talks, having earlier offered to broker dialogue between the Islamic Republic and its Arab neighbors in the Persian Gulf, including regional rival Saudi Arabia. This comes days after visiting Washington, the state news agency reported.

“Tehran puts special emphasis on relations with Doha,” Raisi said, noting that his administration’s priority in foreign policy will be relations with neighbours.

“Be certain that Iran wishes well for its neighbours,” he added.

Al-Thani’s visit comes after he met US Secretary of State Antony Blinken in Washington on Thursday.

During that meeting, the two reviewed “bilateral cooperation and regional developments, particularly in Afghanistan, Iran, Syria and Palestine”, according to the foreign ministry in Doha.

The Qatari diplomat also emphasised the “need for an open and transparent dialogue between GCC countries and Iran, to achieve stability in the region”.

Since April, Tehran has been engaged in talks with world powers in Vienna over reviving a 2015 nuclear accord, with Washington taking part indirectly in the negotiations.

The talks aim to return the US to the deal it withdrew from in 2018 under former president Donald Trump by lifting the sanctions reimposed on Tehran, and to have Tehran return to full compliance with nuclear commitments it has gradually retreated from in retaliation for sanctions.

Iran has confirmed that the talks will not resume until the ultraconservative Raisi takes office in August.

Al-Thani had also previously expressed Qatar’s readiness to broker talks between Iran and its Arab neighbours in the Gulf, including Saudi Arabia.

Indeed, the recent reconciliation between Qatar and Saudi Arabia, and the consequent acceleration of Saudi-Iran reconciliatory talks shows the significance of Qatar in the equation of peace between Iran and its Gulf neighbors as well as the US.

Tehran and Riyadh have been engaged in talks hosted by Baghdad since April with the aim of improving relations.

Former Iranian diplomat Reza Mirabian told ILNA news website(link is external)(link is external) in Tehran Wednesday that there was no evidence that Qatar’s foreign minister had brought a message from President Joe Biden. He added that while in the past important messages were possibly exchanged through Qatar, this was unlikely “in the current conditions.”

Mirabian told ILNA that Raisi’s aim of improving and expanding ties with neighbors was the main subject of discussions. He downplayed a suggestion that following the death of Sultan Qabus bin Saeed in 2010, Oman might forgo its past mediation between Washington and Tehran, instrumental in reaching the JCPOA(link is external), allowing Qatar to step in. Mirabian said that Oman continued to have close ties with Iran.

Iran’s new hardline President-elect Ibrahim Raisi has caused the US and its Western allies to worry about the state of nuclear talks with Iran, fearing Iran might pull out from them completely. They could therefore see Qatar as a key player in ensuring Iran’s continued presence and commitment to the talks. However, although this certainly could be the message Qatar is delivering from Biden to Tehran, there is no concrete evidence that this is the case.

As the Biden administration came in, there were fears that the US’s shift away from the Gulf in their Middle Eastern foreign policy would affect Qatar-US relations and risk their decline.

Indeed, there have been some signs of this shift, as the U.S. has closed sprawling bases in Qatar that once stored warehouses full of weaponry and transferred the remaining supplies to Jordan, in a move that analysts say positions Washington to deal better with Iran and reflects the military’s changing priorities in the region.

Camp As Sayliyah was known among many service members for its Rest and Recuperation Pass Program, which gave some 200,000 deployed troops a four-day vacation. The program ran from 2002 to 2011 and offered travelers up to two glasses of beer or wine a day, along with golf and beach trips.

The camp also served as a forward staging area for U.S. supplies in the Middle East, with 27 warehouses storing tanks, armored personnel carriers and a variety of equipment, the Army statement said.

Supplies from the three bases, as well as a support mission based there, are now part of Area Support Group-Jordan, a U.S. Central Command statement said.

Closing the bases and moving the mission to Jordan could benefit the U.S. in potential disputes with Iran, said Kamran Bokhari, a national security and policy expert focusing on the region at the Washington-based Center for Global Policy.

Therefore, although there is certainly some geopolitical significance to this move, it can also be interpreted to a greater extent as a strategic move to counter growing threats more effectively.

Furthermore, John Desrocher, the newly appointed US Chargé d’Affaires to Qatar, has hailed Qatar’s leadership and mediation to promote peace and reconciliation in the region and beyond.

In an interview with Arabic daily Ar-Raya, Desrocher pledged to continue building bridges between Qataris and Americans across many sectors including education, military, trade, and investment.
Qatar’s potential as a mediator between the US and Iran is big, and could be very successful. However, it all depends on the US’s and especially Iran’s new government to provide the willingness needed to allow Qatar to do so, and to reconciliate.
Tags: Qatar Iran Qatar mediation Qatar US Iran Qatar US ties