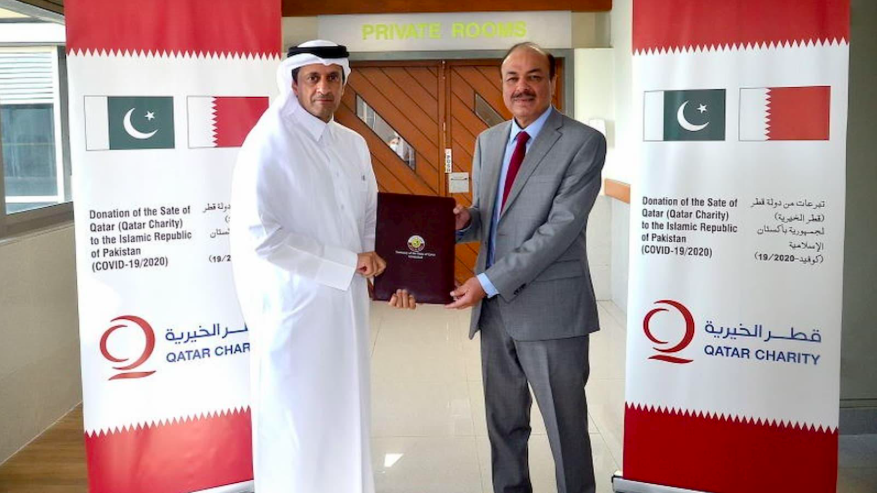 President Dr. Arif Alvi has said that Pakistan and Qatar enjoyed excellent relations in all areas of mutual interest and Pakistan wants to further strengthen and broaden bilateral cooperation with the brotherly country. He made these remarks while talking to the visiting Commander of Qatar Air Force, Major-General (Pilot), Salem Hamad Eqail Al-Nabet, who called on him, at Aiwan-e-Sadr.

The President said that Pakistan and Qatar had great scope for cooperation in the areas of defence and military training and Qatar needed to benefit from defence expertise and training facilities of Pakistan. He also highlighted anti-terrorism efforts made by Pakistan that resulted in defeating militancy and terrorism.

The President said Pakistan’s economy is improving despite the COVID-19 pandemic. He said Pakistan offers enormous investment opportunities and Qatar can benefit from Pakistan’s investment-friendly environment in various sectors.

Last month, Qatar Charity, in co-operation with the UNHCR, distributed 3,400 parcels of relief and health supplies in the Khyber Pakhtunkhwa region in Pakistan.

Qatar Charity has provided support to government health institutions in Pakistan by distributing 4,000 parcels of hygiene and prevention supplies, materials in quarantine centres and as well as in rural health centres in all regions of the nation, in co-operation with local authorities. This comes as part of the aid that Qatar Charity has provided and is still offering to many countries around the world, in coordination with the relevant government agencies, which include Lebanon, Palestine, Pakistan, Bangladesh, Sudan, Kyrgyzstan, Mali, Chad and Kenya. To achieve this goal, Qatar Charity has signed several co-operation agreements with a number of international and UN organisations, such as the United Nations Children’s Fund (Unicef), the High Commissioner for Refugees and the United Nations Office for the Co-ordination of Humanitarian Affairs (OCHA), to finance and support preventive and awareness-raising efforts to confront the current crisis.

The Qatari commander said this during his meeting with the Chief of the Army Staff (COAS) Gen Qamar Javed Bajwa here on Wednesday.

During the meeting, matters of mutual and professional interest and regional security situation were discussed, said an Inter-Services Public Relations press release.