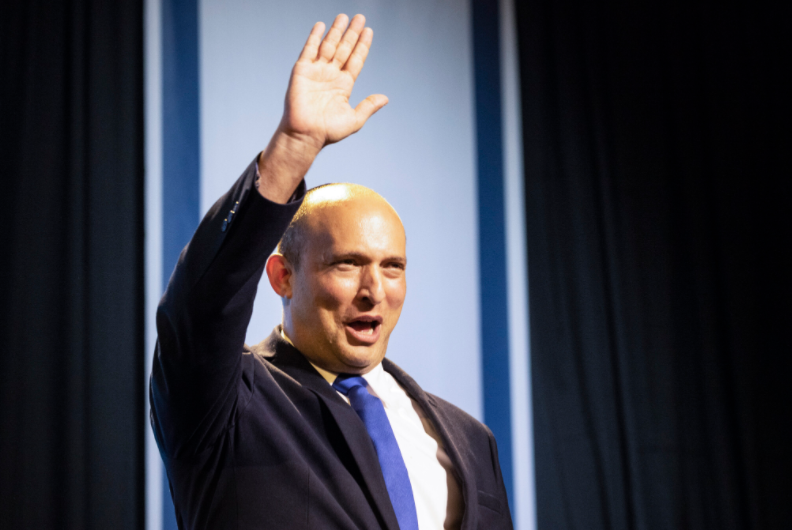 Netanyahu could be approaching his final days

Benjamin Netanyahu’s run as the longest-serving Israeli prime minister may be coming to an end.

Naftali Bennett, leader of the small right-wing party Yamina, announced Sunday evening he is working toward a coalition agreement with Yair Lapid, leader of the centrist party Yesh Atid, to join a new government.
It’s a seismic event in Israeli politics, and if the coalition is sworn in, it would bring an end to Netanyahu’s 12 years as prime minister.
In a prime-time address Sunday, Bennett told Israelis he is joining the new government to prevent a fifth round of elections and “rescue the country from spin.”
“After four elections and a further two months, it has been proven to all of us that there is simply no right-wing government possible that is headed by Netanyahu. It is either a fifth election or a unity government,” Bennett said.
He dismissed suggestions that the coalition, which would include a wide swath of parties, would be a left-wing government, instead paying tribute to the readiness of potential partners in the coalition to allow him to become Israel’s leader.
“The left is making difficult compromises to allow me … to become prime minister,” he said, adding, “This government will not do disengagement nor will it hand over territories, nor will it be afraid to launch a military operation if required.”
A short while after Bennett spoke, Netanyahu made a statement of his own in which he denounced the Yamina party leader as a man who cared about nothing other than becoming prime minister.
Reminding Israelis that before the March election Bennett had said he would not sit in a government led by Lapid, Netanyahu said his right-wing rival’s principles did not have the weight of a feather.
Bennett was trying to pull off the “deception of the century,” Netanyahu said.

He urged fellow right-wingers not to back a deal after ultra-nationalist Naftali Bennett said he would form a coalition with a centrist party.

Mr Netanyahu’s opponents have until Wednesday to form a government.

If they are successful, it would bring to an end the rule of the country’s longest-serving prime minister.

Struggle and hope from Hamas conflict

The latest development comes as a surprising twist, as it seemed that Netanyahu had saved his faltering political career through his 11 day war on Hamas.

Just over a two ago, the longtime Israeli leader’s political career seemed all but over. He had failed to form a coalition government following an indecisive parliamentary election, and his political rivals were on the cusp of pushing him out of office.

After Israel and Gaza’s Hamas rulers waged their fourth war in just over a decade, Netanyahu’s fortunes had changed dramatically. His rivals’ prospects had crumbled, Netanyahu was back in his comfortable role as Mr. Security, and the country would soon be headed for yet another election campaign that would guarantee him at least several more months in office.

The stunning turn of events had raised questions about whether Netanyahu’s desperation to survive may have pushed the country into its current predicament. While opponents have stopped short of accusing him of hatching just such a conspiracy, they said the fact that these questions are being asked was disturbing enough.

The Cabinet minister in charge of police, a Netanyahu loyalist, authorized the closure of a popular gathering spot outside Jerusalem’s Old City used by Palestinians during the Muslim holy month of Ramadan. When protests broke out, heavy-handed Israeli police tactics led to days of unrest that peaked with police raids on the Al Aqsa Mosque. The violent scenes caused outrage across the Muslim world.

At the same time, Jewish settlers pressed ahead with attempts to evict dozens of Palestinians from their homes in a nearby east Jerusalem neighborhood. Itamar Ben-Gvir, a leader of a racist anti-Arab party aligned with Netanyahu, temporarily set up what he called a “parliamentary office” in the neighborhood, further enraging residents.

Then, on May 10, in an event widely seen as a provocation, thousands of far-right flag-waving Israeli activists gathered for a planned march through the heart of the Muslim Quarter of the Old City to celebrate Israel’s capture of contested east Jerusalem in 1967.

At the last minute, the Israeli government ordered marchers to change their route, but by then it was too late. Hamas, saying it was protecting Jerusalem, launched a barrage of long-range rockets at the city, crossing an Israeli “red line” and sparking the war.

What does this mean for Israel and Palestine?

In order to understand the implications of Netanyahu’s tenure ending, and Bennett becoming prime minister, we must understand who Naftali Bennett is.

Bennett is a multi-millionaire former tech entrepreneur who made a name in politics with right-wing, religious-nationalist rhetoric.

The 49-year-old, who has made pitches to far-right voters throughout his career, leads the Yamina party, which has called for Israel to annex parts of the occupied West Bank.

A firebrand politician who has not shied away from controversy, Bennett is ultra-liberal on the economy and takes an aggressive line against Iran.

He shares this ideology with Netanyahu and has served in several of the Likud leader’s governments, but in recent years the two have become increasingly opposed.

In the aftermath of 11 days of deadly fighting with Palestinian terrorists in the Gaza Strip, Bennett finally agreed to join centrist Yair Lapid in a coalition to oust the premier, who has been in power for 12 consecutive years as well as an earlier three-year term.

A former special forces commando, Bennett is the son of US-born parents and lives with his wife Galit and four children in the central city of Ra’anana.

Beyond holding the defense portfolio, Bennett has served as Netanyahu’s economy minister and education minister.

He re-branded Jewish Home as Yamina (Rightward) in 2018, and was part of Netanyahu’s coalition, which collapsed the same year.

But he was not asked to join a Netanyahu-led unity government in May last year — a move seen as an expression of the premier’s personal contempt toward him, despite their shared ideology

In view of this, it is quite clear that Bennett, although opposed to Netanyahu, will not change much for Israel. His succession could temporarily calm the political storm that has been caused by several failed elections, but his policies will hardly differ from Netanyahu’s. In fact, with regards to the Palestinians, Bennett is likely to take even more provocative and hostile action towards them, as shown by his intent to annex portions of the West Bank. Should this occur, this could lead to unrest that far exceeds the war which we have seen a week ago, and could lead to instability across the Middle East.