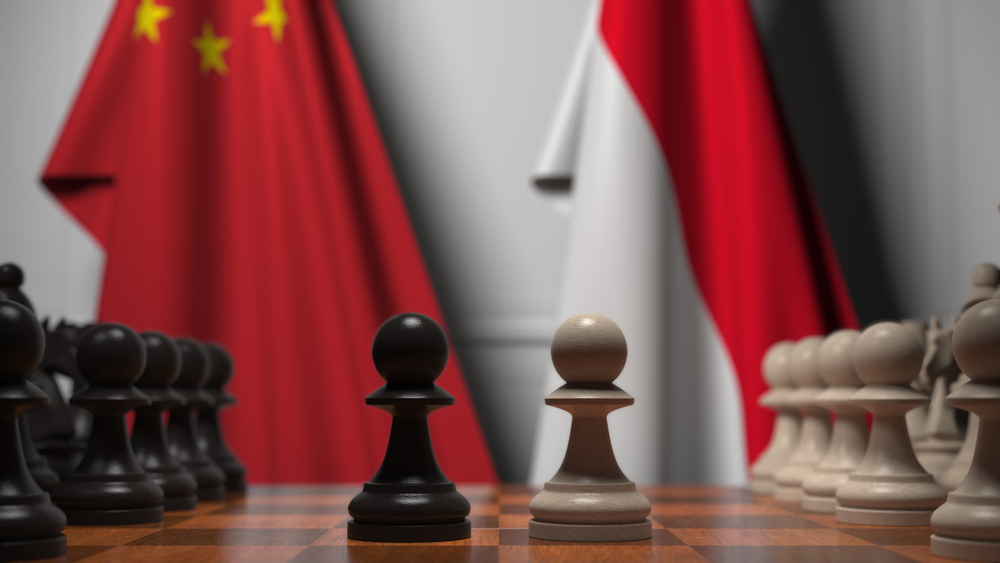 Indonesia has recently surprised China with its strong and aggressive approach in the South China Sea, defending their territorial integrity adamantly and not backing down to Chinese pressure.

Indonesian President Joko Widodo flew to the Natuna Islands on Wednesday to underline how seriously his administration takes China’s recent provocations in the southern reaches of the South China Sea. While some of Widodo’s senior ministers initially sought to play down the tensions, his government has pressed ahead in dispatching warships and jet fighters to the energy and fishery-rich region, which Indonesia has unilaterally renamed the North Natuna Sea.

Highlighting Indonesia’s strong approach, dozens of Chinese vessels that were fishing in Indonesia’s Exclusive Economic Zone (EEZ) in Natuna are now leaving the area, the Indonesian military said today, after days of stand-off. The Chinese vessels entered the Natuna waters, near the disputed South China Sea last month, prompting Indonesia to summon the Chinese ambassador in Jakarta and deploying eight warships as well as four fighter jets to the area.

Before today’s tour of the main Natuna Besar island, Widodo had declared the issue “non-negotiable.” “There is no such thing as bargaining about our sovereignty, about our country’s territories,” he said, echoing a previous statement from political coordinating minister Mohamad Mahfud.

It is clear that Indonesia is standing up to China to defend its territorial integrity, a move which can be used to highlights that despite Chinese economic influence in Indonesia which will be expanded on in the next point, Indonesia is not a Chinese puppet, and is standing up to the superpower, even if it means risking the Chinese investment in the country.

Despite recent Indonesian aggressiveness towards China in the South China Sea, attitudes within the nation are still against such aggression, and favourable to China, largely due to their reliance on Chinese investments in the nation’s economy.

While Foreign Minister Retno Marsudi called on China to respect “the rules we have agreed on together,” Maritime and Investment Coordinating Minister Luhut Panjaitan and Defense Minister Prabowo Subianto, both former army generals, initially sought to play down the latest incidents.“It is actually simple, no need to be overly concerned about it,” said Panjaitan, who was Indonesia’s point man on Chinese-funded projects even before the investment was added to his portfolio in Widodo’s new Cabinet. “Why make a fuss about it.”

China knows that Indonesia will not threaten China for much longer and hence, China will remain committed to investing in Indonesia despite the ongoing spat between the two countries over the former’s controversial naval manoeuvres in Indonesia’s exclusive economic zone (EEZ) in the North Natuna Sea, China’s senior envoy in Jakarta has said. Chinese Ambassador to Indonesia Xiao Qian said both countries had “wonderful relations” but “even good friends might have different views”. “We can solve this problem through diplomatic channels as I believe it will not affect the economic and investment [relations] between China and Indonesia,” Xiao said

The scale of Chinese investment in Indonesia has been so large, that many believe that Indonesia is at risk of falling into a debt trap. Some economists have warned the government that an increase in Chinese investment, especially that financed under the economic giant’s Belt and Road Initiative (BRI), could cause the country to fall into a debt trap. However, the Indonesian government has waved away such claims, saying that it is well aware of the current situation.

Indonesia looking for other options

While Indonesia is already under a large Chinese economic influence, it looks like the nation is attempting to prevent full economic and consequently geopolitical reliance on China through diversifying its sources of infrastructural investments.

This comes partly as a result of domestic pressure, with the public scouring the Indonesian government for their lack of acknowledgement or support for the oppressed Uyghur Muslim population.

At the end of December, thousands of people took to the streets in Indonesia and Malaysia on Friday to protest against China’s internment of nearly 2 million ethnic Uyghurs and other Muslims in camps in the Xinjiang Uyghur Autonomous Region (XUAR). After Friday prayers about 1,000 mostly Muslim protesters gathered in heavy rain outside the Chinese embassy in Jakarta, in the largest demonstration to date in the Southeast Asian country against Beijing’s crackdown on Muslim minorities. Hundreds of demonstrators also gathered on Friday outside China’s consulate-general in Surabaya, Indonesia’s second-largest city. ‘The Indonesian government must not remain silent about the suffering there, because according to our constitution, occupation and oppression must be abolished,” the 48-year-old protester told BenarNews.

Indonesia has shown its attempts to diversification of investment sources through its welcoming of offers from Japan and the United States in addition to China to help build the Southeast Asian nation’s “smart and green” new national capital on Borneo island, a project expected to begin later this year. the U.S. wants to help build infrastructures such as roads and bridges. Meanwhile, Japan has expressed interest in building the future city’s transportation and energy system.

The fact that Indonesia is extending its hand to Japan and the US, China’s 2 main geopolitical rivals historically and currently, shows that not only are they attempting to reduce their reliance on China, but they are also sending a message to Beijing, saying that they have many investment options available, and Indonesia’s sovereignty will not be threatened through economic or geopolitical reliance on China.