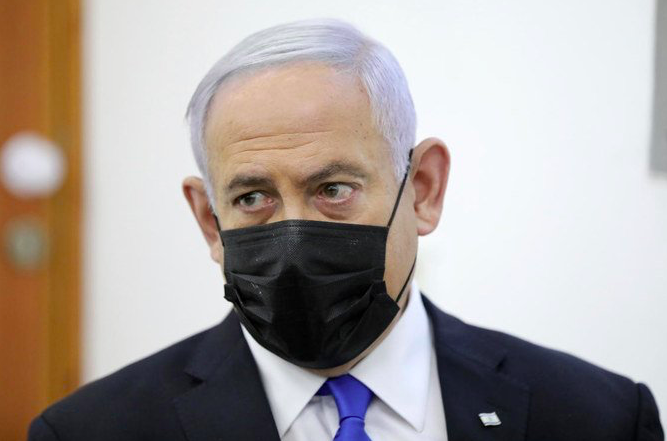 Representatives from major world powers and Iranian officials continued talks on the 2015 Joint Comprehensive Plan of Action (JCPOA) on Friday in Vienna, with the US and Germany both expressing cautious optimism about the state of the ongoing negotiations.

“The United States team put forward a very serious idea and demonstrated a seriousness of purpose on coming back into compliance if Iran comes back into compliance,” a top US State Department official in the talks told reporters Friday. The official said the US is now waiting for Iran to reciprocate its efforts.

“All sides showed a willingness to work with the necessary sincerity towards the same goal — the full implementation of the nuclear deal with Iran,” Maas told German outlet RND in comments published on Saturday. “It won’t be easy. We are only at the beginning of intensive negotiations.”

A tweet from Iranian Foreign Minister Javad Zarif earlier in the day blamed the US, and urged Washington to return to “full compliance first.” He said “anti-JCPOA” sanctions implemented under former President Donald Trump must be removed.

Iranian Deputy Foreign Minister Abbas Araghchi said prior to Friday’s negotiations there “are signs that the US is about to revise its position and lift sanctions.”

Although the United States was an original signatory to the deal in 2015, Trump ordered the country’s withdrawal from the agreement in 2018. The US maintained a “maximum pressure” policy towards Iran during the Trump era, crushing the Iranian economy with sanctions and severing its connection to the global financial system.

President Joe Biden has previously said his administration would be unwilling to remove sanctions unless Iran ceases its uranium enrichment.

In what appears to be a sign of Israel opposition to signs of the US loosening their stance towards Iran, and even lifting all sanctions, a power blackout at an Iranian atomic facility in Natanz Sunday morning was caused by a cyberattack launched by Israeli security services, according to media outlets in Israel.

Foreign Minister Mohammad Javad Zarif has vowed revenge against Israel for an attack on Iran’s main nuclear facilities at Natanz but said it will not stop high-level talks to restore the country’s nuclear deal with world powers.

In a private meeting with lawmakers on Monday, Zarif pointed out that top Israeli officials explicitly said they would try to prevent multilateral efforts to restore the Joint Comprehensive Plan of Action (JCPOA), which would lead to lifting United States sanctions on Iran. Israel is therefore clearly trying to undermine talks between the parties.

“Now they think they will achieve their goal. But the Zionists will get their answer in more nuclear advancements,” the diplomat was quoted as saying by state-run IRNA.

He vowed “revenge” against Israel and said Iran would not fall into its trap by refusing to engage in talks that could see unilateral US sanctions lifted.

He also promised Natanz will be built stronger than before, using more advanced centrifuges.

Israel has not officially accepted responsibility for the attack but has imposed no censorship restrictions on its wide coverage by local media, some of which has explicitly said Israel’s spy agency Mossad was responsible.

The nuclear talks in Vienna on Friday concluded a “constructive” opening week with delegates from Iran, China, France, Germany, Russia, and the United Kingdom slated to return on Wednesday.

Despite its repeated interference and attempts to undermine negotiations for the re-establishment of the Iran nuclear deal, Israel still aims to work closely with the US in achieving its aims.

Israel will work with Washington to ensure any “new agreement” on Iran’s nuclear programme will safeguard regional security, Defence Minister Benny Gantz told his US counterpart Lloyd Austin on Sunday.

The comments came as Austin made the first high-level US trip to Israel since talks resumed on reviving the 2015 Iran nuclear accord, which the Jewish state fiercely opposed.

Gantz said “we will work closely with our American allies to ensure that any new agreement with Iran will secure the vital interests of the world and the United States, prevent a dangerous arms race in our region and protect the State of Israel”.

The defense minister is also scheduled to meet with Prime Minister Benjamin Netanyahu, who considers Iran to be Israel’s most dangerous enemy.

However, although the comments highlight Israel’s willingness to work with the US, its actions continue to undermine US policy towards Iran, as Prime Minister Benjamin Netanyahu said Wednesday that Israel would not be bound to a nuclear deal between world powers and Iran if that would enable the Islamic republic to develop nuclear weapons.
“An agreement with Iran that would pave the way to nuclear weapons — weapons that threaten our extinction — would not compel us in any way,” Netanyahu said in a speech, on the eve of Holocaust Remembrance Day.

Gantz’s comments can therefore be seen as meaningless in this context, as Israel attempts to appease the US, while undermining them and pursuing their own policy behind their backs. The US has so far shown an inability to deal with this.