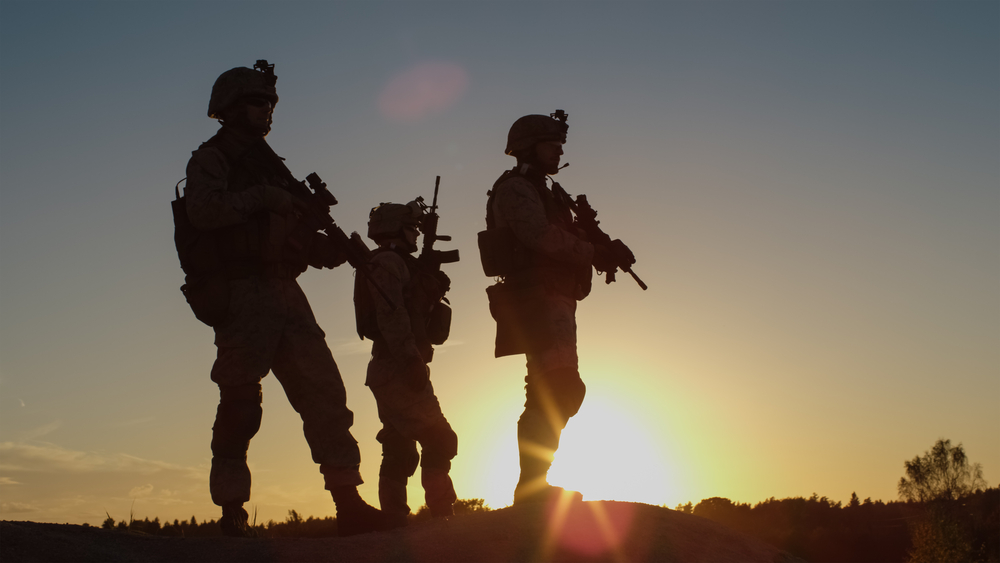 Chief of Staff of the Iranian Armed Forces Major General Mohammad Hossein Baqeri unveiled plans for signing an agreement with Iraq on military and defense cooperation.

Speaking to reporters after a meeting with Iraq’s defense minister in Tehran on Sunday, Major General Baqeri said Tehran and Baghdad have drafted a document on military cooperation, which is being finalized and will be signed in the near future.

Highlighting Iran’s support for Iraq’s security and its battle against terrorism in the past years, Baqeri said such cooperation would strengthen the security of Iraq considering that the US is pushing for a resurgence of terrorists in the region.

He also gave an assurance that the Iranian Armed Forces will continue supporting the “Iraqi brothers” in training, operational and advisory fields whenever necessary.

During the meeting, both sides discussed the Iranian defense technological capabilities in reference to possible Iranian weapons sale to Iraq after the end of the UN arms embargo last month.

Following the ouster of the Saddam Hussein regime in Iraq in 2003 by the US invasion, Iraq and Iran established strong relations, which have been challenging that of the US in recent years, leading to the death of Qasem Soleimani. Now in the midst of Biden taking power in the US, Iran could take advantage of the temporary lack of US attention to Iraq.

The US-led global coalition against ISIS revealed there are 3,000 members of its forces currently in Iraq.

The announcement came after the recent controversy created following the dismissal of US Defense Secretary Mark Esper by outgoing US President Donald Trump and the appointment of Christopher Miller as acting minister.

Political observers believe that the appointment of Miller after President-elect Joe Biden won the elections, could indicate a possible US strike against Iran. Miller announced the withdrawal of the remaining soldiers in Iraq and Afghanistan, which led to speculations about whether a war scenario or a strike is still possible.

In 2009, soon after taking office, US President Barack Obama said, “Joe will do Iraq.” Joe, of course, was then Vice President Joe Biden. In his 2017 book “Promise Me, Dad,” Biden, who has traveled to Iraq over 20 times as chairman and ranking member of the Senate Foreign Relations Committee, and then as vice president, describes Iraq as “arguably the most frustrating issue of my forty-year career in foreign relations,” adding that efforts to promote good governance there have been “time-consuming, draining, and ultimately nearly impossible.”

But Biden never gave up on Iraq then, and he is unlikely to do so as president. “I wasn’t ready to give up on it,” he continues, describing the US engageme.

As Iraq continues to be caught in a tug of war between Tehran and Washington, American policies on Iran tend to spill into its Arab neighbour. When Washington ordered an air strike against Iranian military commander Qassem Soleimani in January, the drone also killed Abu Mahdi al-Muhandis, deputy commander of Iraq’s Hashd al-Shaabi, an Iran-backed umbrella organisation of militias.

The incident pushed Iran-US relations onto a collision course that played out on Iraqi soil. Washington targeted Iran-backed militias while they ramped up a campaign of attacks on US interests in Iraq. Similarly, when the US slapped sanctions on Iran, the pressure was felt in Iraq and several pro-Iran militia figures were targeted. Speaking from Baghdad, a senior government official told Al Jazeera he hoped Biden’s administration would not only be “more engaged with Iraq” but also have a distinct Iraq policy rather than “view Iraq as an appendage of their Iran policy”.

Turkey increasingly involved in the North

As Iran and the US are looking to clash again over influence in Iraq, Turkey could quietly gain a foothold in the North of Iraq, just as it gained a foothold in Syria last year.

Turkey continues to combat the PKK in the North of Iraq. Turkish security forces neutralized seven PKK terrorists in northern Iraq, the Turkish National Defense Ministry said on Sunday. The terrorists were neutralized in two separate air operations in the Zap and Avasin regions, the ministry said on Twitter, sharing footage of the action.

Turkish authorities use the word “neutralize” to imply the terrorists in question surrendered or were killed or captured. The terrorists, detected through reconnaissance and surveillance, were plotting an attack, the ministry said. Operations will continue until the last terrorist is neutralized, it added. PKK terrorists often hide out in northern Iraq, across Turkey’s border, to plan attacks in Turkey.

Following a parliamentary vote in October, the Turkish military has 2 weeks ago been authorised to deploy troops to northern Iraq and Syria for another year.

The motion, passed every year since 2006, allows Turkey to launch cross-border operations against the Kurdistan Workers’ Party (PKK), whose bases are located in northern Iraq’s Qandil mountains, and the group’s Syrian affiliate, the People’s Protection Units (YPG), which controls Kobane in northeast Syria. Both the PKK and YPG officially seek to establish Kurdish autonomy via armed conflict in Turkey and Syria, respectively. While the PKK is designated as a terrorist organisation by Turkey and other countries, only Ankara recognises the YPG as such.

Given Turkey’s recent domestic crackdown on Kurdish political figures and President Recep Tayyip Erdogan’s announcement on Wednesday again claiming Turkey’s ‘right to mobilise’ against the YPG, Ankara is likely eyeing opportunities for a new strike on the group. Nevertheless, strikes in Iraq have coincided with increased Turkish involvement in the country, as well as the building of stronger relations, which could facilitate this further.