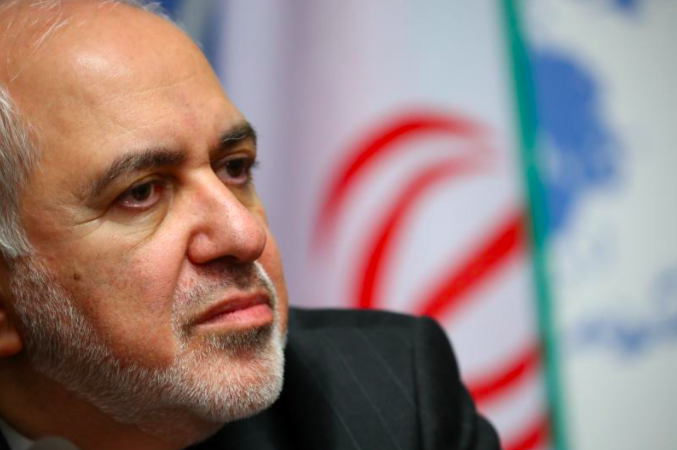 Iran’s Foreign Minister Javad Zarif arrived in Azerbaijan on Sunday night on the first leg of his regional tour of the Caucasus, which is aimed at promoting regional cooperation.

Upon his arrival at the Baku airport, the top diplomat said he is happy to see Azerbaijan having regained control over occupied territories from Armenia.

Zarif further said that Iran is “ready to help” people in Azerbaijan return to their homes in the liberated territories “as soon as possible.”

He also reaffirmed his country’s commitment to reconstruction efforts in war-torn Karabakh, which is internationally recognized as part of Azerbaijan but had been under the occupation of ethnic Armenian separatists.

The territories were freed from Armenian occupation after a months-long armed conflict between the two warring sides that ended with a Moscow-brokered truce in November last year.

Zarif, whose visit to Azerbaijan and other regional countries had been postponed earlier, is scheduled to hold talks with top Azerbaijani officials on Monday.

In addition, the Iranian Foreign Minister will also conduct talks with Azerbaijani officials on trilateral cooperation between Azerbaijan, Iran, and Russia.

According to the agreement, both sides agreed to expand their railroad cooperation with the aim of boosting cargo volume of two million tons a year and facilitate railroad developments. During the meeting, Rasouli and Gurbanov learned more about the Iranian Railways Development Center and stressed the need for knowledge sharing and development of mutual relations between the railways of the two countries.

The volume of cargo transit between Iran and Azerbaijan increased to 480,000 tons in 2020 despite the outbreak of coronavirus. Trade turnover between Azerbaijan and Iran amounted to $339 million during 2020. Of the total turnover, the export of Azerbaijani products to Iran amounted to $38.4 million, while import from Iran to $300.6 million.

On January 15, Javid Gurbanov and Iranian Ambassador to Azerbaijan Seyyed Abbas Mousavi, exchanged views on the strategic importance of the North-South corridor that will play a crucial role in the development of not only Iran, Azerbaijan and Russia, but also other countries in the region, and will increase trade turnover through export-import operations through this route. In addition, the importance of implementation of the Rasht-Astara railroad was underlined.

Furthermore, the two sides inked a memorandum of understanding (MOU) for the expansion of economic cooperation at the end of the meeting.

Speaking in the meeting, Dejpasand referred to the historical, cultural, social, and economic relations between the two countries, and said: “Iran, especially the private sector, is fully prepared to take part in Azerbaijan’s projects, especially in the field of technical and engineering services.”

“Signing of this memorandum of understanding can cause a significant surge in the economic relations between the two countries,” the minister stressed.

Mustafayev, for his turn, expressed gratitude for Iran’s political support during the Azerbaijan-Armenia conflict, saying: “The two countries’ cooperation has witnessed a significant expansion in the past few years and we now have a much stronger relationship.”

For a long time, the Iranian regime has been trying to bring the Azerbaijan Republic into its political orbit, and to eliminate the influence of the Azerbaijan Republic on the Turkish population of Iran. However, increasing Turkish influence has overshadowed these attempts by Iran in recent years, especially following the Karabakh war, of which Turkey was a crucial part of.

Turkey has already planned to deploy peacekeepers to Karabakh, signaling their increased influenced in Azerbaijan, that is rivaling Russia’s.

Furthermore, the Turkish Armed Forces (TSK) are preparing for the most comprehensive winter drill in recent years with the Azerbaijani army, the military said in a statement on Sunday.

According to the statement, the Azerbaijani Armed Forces will also attend the drills that will take place in Turkey’s eastern Kars province. The drill is expected to feature domestically-produced weaponry and equipment.

According to the report, the drill will mostly focus on operational capabilities during the harsh weather conditions of winter months, including practices of sheltering, reinforcement, maintenance and educational development.

Ground and air assaults, airdrops, airborne operations and logistic support will be practiced by both militaries.

Ankara and Baku, with the participation of the countries’ air and ground forces, launched joint military drills last year in the wake of Armenian attacks on Azerbaijani border points.

In addition to this, an Azerbaijani official said Monday that the country will simplify procedures for planned investment in its recently liberated territories, adding that Turkish companies will be prioritized in tenders in a bid to improve the quality of construction projects.

Baku immediately launched a reconstruction campaign across Nagorno-Karabakh and the surrounding seven provinces once liberated from Armenia in late 2020. The government plans to revive the area, which has been dilapidated since the Armenian invasion in the early 1990s, allowing for the return of the Azerbaijanis who once called the region home. An extensive rebuilding and development initiative is now underway under the directive of President Ilham Aliyev.

Meanwhile, Iran took a more neutral stance in the Karabakh war, due to its historical relations with Armenia and Russia, and is therefore at a risk of loosing political influence in Azerbaijan, something Turkey is taking advantage of. It is therefore unsurprising that Iran is now launching efforts to re-establish strong economic and geopolitical ties with Azerbaijan.