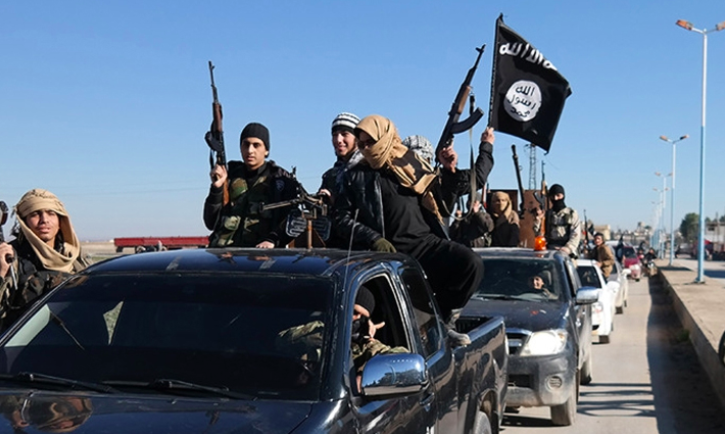 Last week, gunmen opened fire on a group of minority Hazara Shia Muslim coal miners after abducting them, killing 11 in the southwestern Balochistan province, a Pakistani official has said.

Moazzam Ali Jatoi, an official with the Levies Force which serves as police and paramilitary in the area, said the attack took place early on Sunday near the Mach coalfield, about 48km (30 miles) east of the provincial capital, Quetta.

Jatoi said armed men took the coal miners to nearby mountains where they opened fire on them. He said six miners died on the spot and five others were critically wounded and died on the way to hospital.

Jatoi said an initial investigation revealed the attackers identified the miners as belonging to the Hazara Shia community and took them away for execution, leaving others unharmed. Local television footage showed security troops surrounding a desolate mountainous area diverting traffic and guiding ambulances to pick up the bodies.

Security forces were also seen spreading out in the mountains to search for the attackers. The ISIL (ISIS) group later claimed responsibility for the attack, through its Amaq news agency via its Telegram communications channel. Lashkar-e-Jhangvi, a banned Sunni hardline group, has targeted the minority Hazara community in Balochistan province in the past.

“The condemnable killing of 11 innocent coal miners in Mach Baluchistan is yet another cowardly inhuman act of terrorism,” Pakistan’s Prime Minister Imran Khan said in a tweet.

“Have asked Frontier Constabulary to use all resources to apprehend these killers and bring them to justice,” he said.

Pakistan’s Hazara community, on Thursday, continued to mount pressure on the government through mega sit-in protest in Karachi, demanding action against the killing of 11 coal miners in Machh in Balochistan province.

The protests spilled out into the neighbourhoods of the port city, including Shahrah-e-Faisal, Malir 15 and Teen Talwar, disrupting rail, road traffic and even forcing some airlines to reschedule their flights, Dawn reported.

“The protests have been joined by people from all walks of life and beyond their sectarian or political association. They all are united in these testing times for the Hazara community. We demand the government and Prime Minister Imran Khan play their due role before it`s too late,” Dawn quoted a spokesperson for the Majlis-i-Wahdatul Muslimeen (MWM) as saying.

“They are peaceful and only seeking their constitutional right,” the spokesperson said, adding that the protestors including women and children were there only to express solidarity with the families of the victims.

Prime Minister Imran Khan has said India is backing ISIS in the region to spread chaos in Pakistan by fanning sectarianism.

He said previous governments did not pay due attention to Balochistan and always preferred to form alliance with Baloch Chieftains, who became the biggest hurdle in transferring development funds to the grassroots level.

Prime Minister said PTI Government has focused the socio economic development of Balochistan to uplift the common citizens of the province who are facing extreme poverty.

The DG ISPR has revealed that recent acts of terror in Pakistan are a “direct consequence of India’s intensified engagements with all brands of terrorists, sub-nationalists and dissidents operating against Pakistan”.

One Pakistani writer, who presided over Pakistan’s Interior Ministry some years ago, has written: “It is feared that the mischievous and anti-Pakistan syndrome of Modi will be energised further by Doval and RSS influence on Doval, coupled with Daeshism, is likely to engineer… more terrorism in Pakistan, especially support to some Indian-fed terrorists. India will make Balochistan, KP and Hazara the prime targets of terrorism as per the anti-Pakistan policy conceived by PM Modi and his NSA.”

India on Friday condemned the killing of 11 coal miners in Pakistan’s Balochistan in a terror attack and asserted that it is a responsibility of every country to protect its minorities and respect their basic human rights.

“We condemn this terrorist act. It is a responsibility of every country that they should protect their minorities and respect their basic human rights,” Ministry of External Affairs spokesperson Anurag Srivastava said on a query about the terror attack in Balochistan.

The National Commission on Human Rights has estimated that more than 2,000 Hazaras– adherents of the minority Shia Muslim sect, and easily targeted due to their distinctive facial features– have been killed in targeted attacks since 2004, Al Jazeera reported.

They have been subject to targeted shootings and mass bomb and suicide attacks, particularly in Quetta, where the majority of the country’s estimated half a million Hazaras reside.

It seems India is trying to brush off claims of its support for ISIS in Baluchistan through this statement. Whether this accusation is true is still a matter that cannot be confirmed or denied.