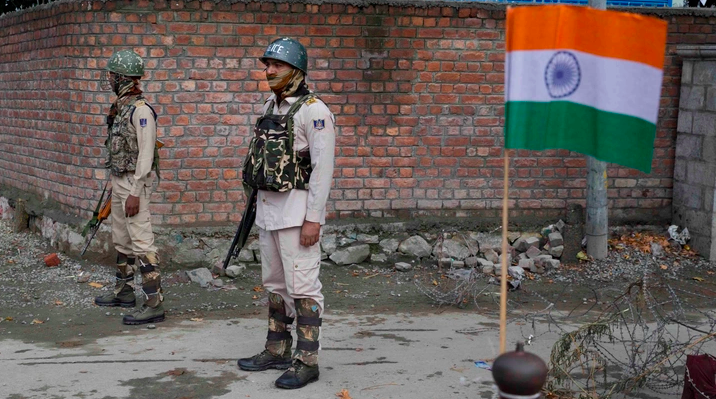 Kashmir was long protected by article 370, which allowed Kashmir a certain amount of autonomy its own constitution, a separate flag and freedom to make laws, while the defence, communications and foreign affairs were controlled by the central government. This was long opposed by PM Modi and the BJP, and India last year took a provocative step, scrapping article 370, and forcefully placing Kashmir on the same footing as the rest of India.

Already last year, many in Kashmir believed that India wants to change the demographics of the region, to integrate it into Indian society as the government please.

In response to India’s actions in Kashmir, shortly afterwards, Pakistan summoned the Indian High Commissioner to Islamabad to register the country’s “unequivocal rejection” of India’s decision to scrap article 370. Pakistan’s foreign secretary said the actions are a clear breach of international law, as well as several UN security regulations.

The UN was also quick to react, as United Nations Secretary-General Antonio Guterres urged India and Pakistan to exercise restraint“We urge all parties to exercise restraint,” U.N. spokesman Stephane Dujarric told reporters, adding that U.N. peacekeepers observing a ceasefire between India and Pakistan in the state of Jammu and Kashmir “has observed and reported an increase in military activity along the line of control.” It appears that the UN will act as mediators in the increasingly heated conflict over Kashmir, not the US.

Since then, there has been a lot of unrest in the area. India has been accused of shelling Pakistani administered Kashmir, in the midst of hurling of accusations between India and Pakistan accusing each other of ceasefire violations.

Suspected militants and police officers have also  been killed in various gun battles in Indian-administered Kashmir.

India had also placed the region under lockdown for several weeks in a row.

Colonel Rajesh Kalia, an Indian army spokesman, said fighters sprayed bullets at an army patrol on the outskirts of Srinagar city. Two soldiers were critically injured and later died at a hospital, he said.

The attack came during near-daily fighting between Pakistani and Indian soldiers along the highly militarised frontier that divides Kashmir between the two nuclear-armed rivals. The Indian army said Pakistani soldiers targeted Indian positions with mortars along the de facto border in southern Poonch district on Thursday. Indian soldiers retaliated, the army said in a statement.

India on Thursday told Pakistan that any resumption of talks to resolve the issue of Kashmir can only take place if Pakistan shuns use of terrorism as an instrument of state policy.

“Our position is well known. India desires normal neighbourly relations with Pakistan in an environment free of terror, hostility and violence. The onus is on Pakistan for creating such an environment,” Anurag Srivastava, spokesperson at the Ministry of External Affairs (MEA), said during his weekly briefing on Thursday.

The response was in wake of a proposal by Pakistan Army Chief General Qamar Javed Bajwa’s proposal to resolve the Jammu and Kashmir issue in a “dignified and peaceful manner” between India and Pakistan.

General Bajwa was speaking at the graduation ceremony at the Pakistan Air Force (PAF) Asghar Khan Academy in Risalpur in Khyber-Pakhtunkhwa on Tuesday.

More recently, scholars in Kashmir and across India expressed outrage on Tuesday over a government order for all public universities and institutions to seek approval before hosting international online forums on Kashmir and other “internal matters.”

Experts have said the decision creates an “iron curtain” over free thought.

“While giving permission, the MEA should ensure that the subject matter for online events is unrelated to security of state, borders, the North East and UT (Union Territory) of Jammu and Kashmir, Ladakh or any other issues that are clearly/purely related to India’s internal matters,” the education ministry said in a statement.

The revised guidelines will be implemented with “immediate effect.”

As part of the new measures, those taking part in seminars must also have their names recorded and approved by the government.

“The guidelines come into force with the date of it being released,” Saroj Kumar Choudhary, government undersecretary, told Arab News.

Before the latest guidelines, prior approval was required from the MEA to organize foreign conferences or seminars in India — specifically those involving non-Indians arriving in the country on a conference visa — with the latest order being extended to webinars, too. Kashmir-based academics have labeled the decision a “totalitarian move.”

Pakistan’s Foreign Minister Shah Mehmood Qureshi has claimed that the Indian government issued over 1.8 million bogus domicile certificates to non-Kashmiris as part of New Delhi’s plan to change the demographic structure of the occupied territory.

Speaking at an event organized by the Islamabad-based think-tank Institute of Regional Studies on Wednesday, Qureshi said the Indian design in the occupied territory is a direct violation of the resolutions of the UN Security Council and international law, including the 4th Geneva Convention.

“In its march towards this illegal and inhuman end, the BJP [Bharatiya Janata Party] government has already issued over 1.8 million bogus domicile certificates to non-Kashmiris to settle them in the IIOJK [Indian Illegally Occupied Jammu and Kashmir] to undermine the plebiscite in accordance with the UNSC resolutions,” Qureshi said.

A domicile certificate is a form of right of citizenship, entitling a person to residency and government employment in the region, which was reserved until Aug 5, 2019, for the local population.

When India revoked the semi-autonomous status of the region on Aug 5, 2019, the local special citizenship law, guaranteed under Article 35A of the Indian Constitution was also scrapped.

The law prohibited outsiders from settling and claiming government jobs, including Indian nationals, to maintain the demographic balance.

“We [Pakistan] will not let anyone take away Kashmir from the Kashmiris. This cause and the struggle is just, sacred and non-negotiable,” the foreign minister said.

Praising the struggle of the Kashmiri people, Qureshi said the Kashmiris have made it crystal clear with their supreme sacrifices that Jammu and Kashmir are not India’s so-called “integral part.”

“Over 300 innocent Kashmiris have been martyred by the Indian occupation forces since Aug. 5, 2019. The extra-judicial killings of young Kashmiris in fake ‘encounters’ and staged cordon-and-search operations have become a regular occurrence in the IIOJK.” he said.