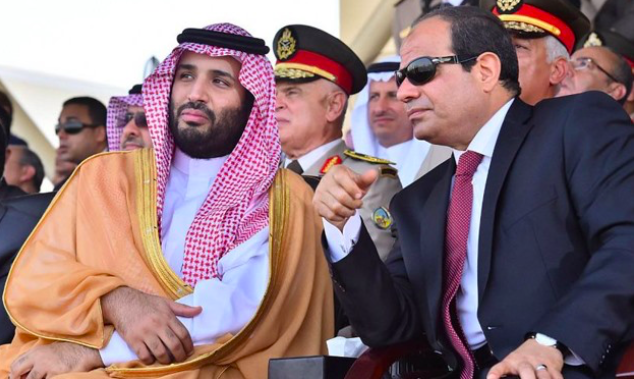 Trade exchange between Egypt and Saudi Arabia totalled about $6.8 billion in 2019, a slight drop on the $7.1 billion figure recorded the previous year, according to a government report issued in Cairo.

Saudi Arabia ranked second with about $1.6 billion, followed by Jordan with $875 million.

Agricultural and animal products ranked first in terms of export volume to Arab countries during 2019, with about $2.5 billion, a 17 percent drop from 2018.

The volume of trade exchange between Egypt and other Arab countries totalled $10.3 billion in the first nine months of 2019.

Egyptian exports to the member states of the Agreement to Facilitate and Develop Trade Among Arab States recorded about $6.8 billion in the same period.

In revent years, Egypt has increased its hostility towards Turkey, largely due to ideological differences, as well as conflict of geopolitical interests. Egypt and Turkey’s relations have been spiralling down since the Arab Spring, and the bad relationship between Egypt’s Abdelrahman El Sisi and Turkey’s Rece Tayyip Erdogan has underlined the relations in this period. In August 2013, Turkey asked the United Nations Security Council to impose sanctions on Sisi. And the struggle through the UN has not stopped. For the 2015 UN elections, Egypt openly lobbied against Turkish candidacy to obtain a seat at the UN Security Council. Neither Turkey nor Egypt took a step back the following year in 2014.

Turkey has raised many eyebrows with its new attempt to gain positions in the Mediterranean to search for gas and oil sources. Egypt and Israel, and increasingly Greece fear their monopoly on Mediterranean gas could be threatened.

Egypt and Israel have been the prominent gas producers in the Mediterranean in the past years, and have discovered sizeable natural gas fields that allowed them to gain a monopoly on gas supply in the region. It now appears, however, that Turkey is looking to establish themselves in the Mediterranean natural gas scene. Turkey has made these intentions clear, with World Bank data showing a rising trend in Turkey’s energy imports, accounting for 75% of its energy needs in 2015, Ankara sees securing its share in a growing contest over the Mediterranean as vital. “Turkey wants to stop the bleeding on energy and develop oil and gas sources,” Bashir Abdel Fattah, a researcher at Egypt’s Al-Ahram Center for Political and Strategic Studies, told DW. “It only has 12 nautical miles as a maritime border, in accordance with the 1982 convention, and that does not have any oil or gas wells.”

Previous agreements signed between Egypt, Israel, Lebanon, Cyprus and Greece had already partitioned the Eastern Mediterranean among themselves without taking Ankara into consideration. What was left to Turkey was confined to the northern half of the narrow strip of sea between its Mediterranean shorelines and Cyprus. Cyprus has signed a $9.3 billion contract with a group of oil and gas companies  Noble, Shell and Delek, from the US, the Netherlands and Israel respectively. These nations will seek ways to force Turkey and Libya to step back from this initiative.

Further increasing tensions between the two nations is Turkey’s support for the UN-recognized Sarraj government in Libya, and Egypt’s support of opposing Haftar, also known as the LNA. Despite early gains, and controlling much of the landmass of Libya, as well as heavy support from Russia, Egypt, and the United Arab Emirates, General Khalifa Haftar’s self-proclaimed Libyan National Army (LNA) rebel forces have continued to lose ground to the Government of National Accord (GNA), whose forces have received air and ground support from Turkey.

Most recently, Egypt and Turkey’s interests in Libya once again clashed. As Turkey promotes its products to the Libyan market, Istanbul hosted the first Turkish-Libyan Economic Forum on Oct. 15 with the participation of several Libyan and Turkish companies. The Egyptian-Libyan Joint Economic Chamber criticized the forum and called for boycotting it on Sept. 24. “The whole world has rejected the Turkish presence in the Arab region,” the chamber said in a statement.

“This forum is a miserable attempt to stand with the Turkish Ministry of Economy, which is suffering these days due to [Turkish President Recep Tayyip] Erdogan’s policies supporting terrorism and extremism, which have become exposed to the whole world,” the statement added.

The General Union of Egyptians in the kingdom of Saudi Arabia announced it has started a campaign to boycott Turkish products as part of a broader campaign launched by the kingdom with the slogan “Erdogan fights our country with our money.” The Vice President of the General Union of Egyptians in Saudi Arabia, Adel Hanafi, said that Egyptians abroad represent the first line of defense for Egypt.

He added that Egyptians abroad and at home must boycott Turkey’s products as its revenues are used to fight against Egypt, through satellite channels funded by Turkey and Qatar to spread disinformation or by their support for terrorism.

It is also necessary to boycott tourism to Turkey, stop buying real estate in Turkey and not invite Turkish companies to participate in Egypt’s economic conferences, Hanafi said.

He called on the Federation of Egyptian Chambers of Commerce to boycott everything that is Turkish, because it is the responsibility of every Egyptian be they consumers or traders.

Egypt is trying to replace Turkish products in the Saudi market with Egyptian products, and it is exploiting the popular campaigns in Saudi Arabia that have been calling for boycotting Turkish products due to the disputes between Turkey and the kingdom.

Stores in Saudi Arabia have begun displaying Egyptian products in lieu of Turkish ones, according to a press report published by Agence France-Press Oct. 22. “In one of the stores in Riyadh, employees removed ‘Made in Turkey’ products off several shelves and replaced Turkish cheese with Egyptian cheese,” the report states.

In early October, head of the Council of Saudi Chambers Ajlan al-Ajlan called on the Saudis to boycott Turkish products, in response to the enmity between Turkey and Saudi Arabia.