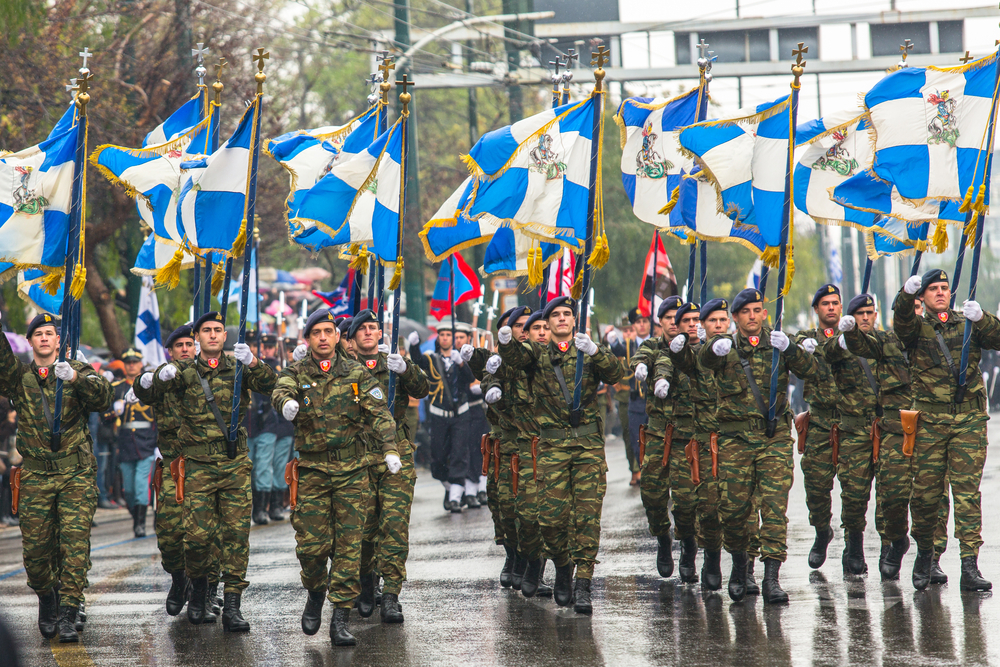 Background of the Eastern Mediterranean crisis

Greece and Turkey have been involved in a heated standoff in the Eastern Meditteranean in the last months. A series of regional developments have recently increased the tensions between Turkey and Greece, further extending the already-present differences and putting the larger regional stability at risk. Confrontations between the two neighbours are nothing new and have been present, over various issues, since the earliest days of their bilateral relations.

After reports at the end of July that Turkish naval ships have moved to patrol the area, the Greek military was placed on alarm. Many Greek islands in the Aegean and the Eastern Mediterranean are within sight of the Turkish coast, so issues of territorial waters are complex and the two countries have come to the brink of war in the past. The Greek Foreign Ministry issued a statement calling on Ankara to “immediately cease the illegal activities” that it said violated the nation’s sovereign rights. On Wednesday, the Turkish Foreign Ministry rejected the assertions, saying the Oruc Reis survey ship was operating within Turkey’s continental shelf. “Greece bases this claim on the presence of remote islands far from its own mainland, most notably Kastellorizo,” Turkish Foreign Ministry Spokesperson Hami Aksoy said in a statement at the time. “This maximalist continental shelf claim of Greece is contrary to international law, jurisprudence and court decisions.”

Most recently, Greece’s first female president, Katerina Sakellaropoulou, took a high-powered military helicopter to Kastellorizo, a tiny Greek island in the eastern Mediterranean, on the 77th anniversary of its nationhood. The 6-kilometer long spit of harsh rock and scrub, one of Greece’s easternmost islands, owes millennia of habitation to geographic good fortune. With its back to the Aegean and its mouth towards Turkey’s looming landmass, Kastellorizo’s bay turns ocean swells to mill pond tranquility, making it a prized harbor for many centuries of traders plying goods between Asia Minor and Europe. The visit to Kastellorizo was criticized by Turkey’s defense minister on Sunday. “As if there was no other island to go to for celebrations, they go there. Of course this bothers us,” Hulusi Akar told state-run Anadolu news agency, though he added that Turkey was also in favor of “dialogue” and “political solutions.”

In what looks like preparation for war, or taking serious measures, Greece appears to be revamping its army in light of what it views as the Turkish threat. Greece’s Prime Minister Kyriakos Mitsotakis has announced a “robust” arms purchase programme and an overhaul of the country’s military, amid tension with Turkey in the Eastern Mediterranean.

“The time has come to reinforce the armed forces … these initiatives constitute a robust programme that will become a national shield,” Mitsotakis said in a keynote address on Saturday in the northern Greek city of Thessaloniki.

According to Greek media, six of the aircraft of the 18 Rafale combat aircraft from France would be new and 12 would be second-hand from the French air force. French media put the ratio at 10 (Rafale F3Rs) and eight, respectively. Contacted by Defense News, manufacturer Dassault Aviation declined to confirm the figures, saying it was up to the client to communicate. The Rafales will replace Greek Mirage 2000s of the 332 Squadron “Gerakia.”

Misotakis also said Greece would procure guided missiles for its air force. Given Greece’s long history with Dassault it purchased 40 Mirage F1s in 1974, 40 Mirage 2000s in 1985 and 15 Mirage 2000-5s in 2000 – this means Athens is likely to buy its guided missiles from MBDA as these older Dassault aircraft are armed with that company’s missiles (Exocet, Scalp, Mica).

It is clear that Greece is preparing for the possibility of war with Turkey, on all fronts, and with the current fragile state of affairs, it cannot be excluded.

How is Turkey reacting?

Turkey is standing its ground in the Mediterranean, reacting strongly to Greece’s statements and moves.

Turkey has shown little indication that it is willing to stand down and talk at the moment. The Turkish navy also announced in a navigational telex (Navtex) on Thursday that it would hold live fire exercises off the coast of its southeastern İskenderun province on Sept. 1-2.

On Saturday, Yeni Şafak reported that warship commanders partaking in the exercises were ordered to use their own discretion when responding to any harassment to Turkish vessels, including resorting to opening fire. In other words, warships have been given the green light to respond to perceived threats as they see fit without waiting for a decision by Ankara first.

The navy issued another Navtex alert for military exercises off the coast of Turkey’s southern Anamur town between Aug. 29 and Sept. 11. In response to Turkey’s unwillingness to reconcile, European Union foreign affairs chief Joseph Borrell told reporters on Friday that the EU was preparing sanctions designed to limit Turkey’s ability to survey for natural gas in contested waters.

However, there are signs that Turkey could change its stance, as Turkey withdrew its seismic research vessel, the Oruc Reis, from the contested waters of the eastern Mediterranean Sea, where tensions triggered by the ship’s activities have run high for more than a month. The move came as a surprise for many, and observers wonder whether the move is just a tactical pause.

The Oruc Reis, which had been exploring the contested waters for hydrocarbon resources accompanied by Turkish warships, withdrew from the zone and returned to port in Turkey’s coastal province of Antalya. According to a NAVTEX issued by Turkey this month, the ship was expected to continue its research in the contested waters until Sept. 25.

Many observers consider the withdrawal a step back by Turkey. Although the Turkish Energy Ministry quickly announced that the vessel had left the area for refueling and maintenance.

There are signs that talks are possible, as both sides have become increasingly willing to talk in recent days as the prospect of war increased. A war would be detrimental to both countries, and maybe it was needed to come so close to war, that the 2 sides realize that talks are the only favourable solution.