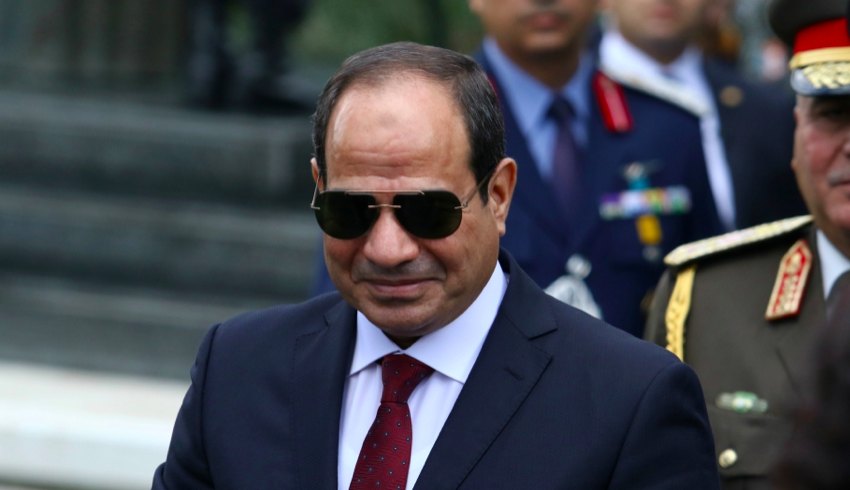 Egypt has in recent months effectively managed to bolster its geopolitical importance in the Middle East in relation to its neighbors as well as the US. The Egyptian government has taken several steps that have had this effect, the most significant of which was its central role in establishing the recent ceasefire between Israel and Hamas.

Consequently, this almost forced Joe Biden to make his first phone call to Abdel Fattah al-Sisi, the president of Egypt. Please use the sharing tools found via the share button at the top or side of articles.

The US president had snubbed Sisi in his first four months in office, a sign of displeasure over Cairo’s human rights record and a reversal of his predecessor Donald Trump’s policy. “There will be no more blank cheques for Trump’s favourite dictator,” Biden had said while campaigning. But as the conflict between Israel and Palestinian militants Hamas escalated in recent weeks, the two leaders spoke twice. Cairo’s successful negotiation of a ceasefire in Gaza ending the 11-day war that killed 243 Palestinians and 12 Israelis has underscored its relevance as a mediator in the region’s oldest and most intractable conflict. It also earned it public thanks from Biden.

The account of the call with Biden released by Sisi’s office this week listed the reasons why Cairo should remain an important partner to the US. Biden, according to Cairo, confirmed the US administration looked forward “to strengthening bilateral relations . . . in light of Egypt’s pivotal role regionally and internationally and its effective political efforts to support the region’s security and stability and resolve its crises”. In a nod to Biden’s presumed concerns about freedoms in Egypt, Washington’s readout said the US president “thanked Egypt for its successful diplomacy” and “underscored the importance of a constructive dialogue on human rights”. Antony Blinken, US secretary of state, met Sisi in Cairo on Wednesday as part of a Middle East tour to bolster the truce. He said that Egypt was a “real and effective partner” that helped end the Gaza war.

Now, in an attempt to continue utilizing the widely publicized conflict to its advantage, Egypt has invited Israel, Hamas and the Palestinian Authority for separate talks that aim at consolidating the cease-fire.

The talks would also focus on accelerating the reconstruction process in Gaza.

“We are seeking a long-term truce, that would enable further discussions and possibly direct talks,” said the Egyptian official, who had close knowledge of the proceedings that had led to the ceasefire and who spoke on condition of anonymity because he wasn’t allowed to brief reporters.

The 11-day war killed more than 250 people, mostly Palestinians, and caused heavy destruction in the impoverished coastal territory. Preliminary estimates have put the damage in the hundreds of millions of dollars. Egypt was key in mediating a deal between the two sides, but much still hangs on turning the tenuous cease-fire into a more permanent truce.

Cairo has sent delegations to both Tel Aviv and Gaza to watch over the implementation of the ceasefire, and has also been coordinating international relief and reconstruction aid for the enclave, which has been under Israeli and Egyptian blockade for nearly 15 years to prevent Hamas from building terror infrastructure.

Reconciliation with Turkey and Qatar

Another move by Egypt that will increase its geopolitical influence in the region, is the reconciliation of ties with Turkey and Qatar. In doing so, Egypt would shift from being part of an alliance with the UAE, Greece and Israel, towards becoming a more balanced player in the region, with no concrete allegiances in such conflicts. This will not only increase Egypt’s economic attractiveness for investors, due to the increased stability, but will also lead to new trade opportunities, and reduced geopolitical  reliance on one bloc or country like the UAE up to now.

In light of the recent attempts at rapprochement between Cairo and Ankara, Egyptian Foreign Minister Sameh Shoukry listed some conditions for restoring normal relations between the two countries during an interview with TeN TV on May 18. “These items are requirements that Egypt has always put forward, which are taking into account the nature of international relations based on respecting privacy, not interfering in internal affairs and not sponsoring any extremists opposing the state,” he said.

Shoukry added, “There are signs of Turkey’s desire to change its approach toward Egypt, and these signs have raised the level of communication to the political level leading exploratory consultations. [These consultations] came as an attempt to put forward Egypt’s expectations to manage this relationship [with Turkey] in the coming period, as well as [manage] its policy to achieve stability in the region.”

Shoukry further noted, “What we expect is for Turkey to modify the course of [its] politics so that it does not intersect with Egyptian interests, especially when it comes to Egyptian national security, and this falls within the framework of taking practical steps that can be monitored and evaluated. There will be other exploratory rounds that will lead to normalization once we are assured that the Egyptian interests are fully taken into account.”

On May 6, the Egyptian Ministry of Foreign Affairs announced the conclusion of exploratory talks between the Egyptian and Turkish delegations headed by Egyptian Deputy Foreign Minister Hamdi Sanad Loza and Turkish Deputy Foreign Minister Sedat Onal. The two-day talks in Cairo dealt with bilateral and regional issues, especially the situation in Libya, Syria and Iraq. The delegations also discussed the need to achieve peace and security in the Eastern Mediterranean region, which the two countries described as necessary steps that may lead to the normalization of relations at the bilateral level and in the regional context.

Thus, it seems a possible improvement in relations between Egypt and Turkey is on the horizon, especially after the exploratory round of consultations that followed friendly press statements toward Egypt by Turkish officials.

Meanwhile, Egypt’s president met Tuesday with Qatar’s chief diplomat in Cairo as ties between the two nations gradually improve after Egypt and three Gulf nations ended their blockade of the energy-rich country earlier this year.

El-Sisi also received an invitation from Qatar’s emir Sheikh Tamim bin Hamad Al Thani to visit Doha. It would be the first for the Egyptian leader to the Gulf state since he led the military’s overthrow of an elected president in 2013 amid mass protests against his divisive one-year rule. El-Sisi was defence minister at the time.

Ramping up military ties with Pakistan

Another sign of an increasingly diversified Egyptian foreign policy is its strengthening military ties with Pakistan, signaling a possible gradual shift away from almost complete military dependence on Western powers like the US and France.

Egyptian-Pakistani air defense exercises dubbed “Sky Guardians 1” began Wednesday in Egypt and will last for several days. Those include training on securing the airspace and vital assets while unifying concepts among participating elements to ensure the competent planning and administration of operations.

Presidential Spokesman Bassam Radi said in a statement that Khan underlined depth of relations between the two countries and peoples, saying he is looking forward to tapping new vistas of fruitful cooperation between Egypt and Pakistan.

President Sisi and Khan exchanged viewpoints on the latest developments regarding the Palestinian cause and recent incidents in the Gaza Strip.

Khan said his country is highly appreciating the Egyptian stance and successful efforts exerted by Cairo to reach a ceasefire.

The Pakistani prime minister underscored that Egypt’s stability is a milestone in the stability of the Middle East region and the Muslim world at large.