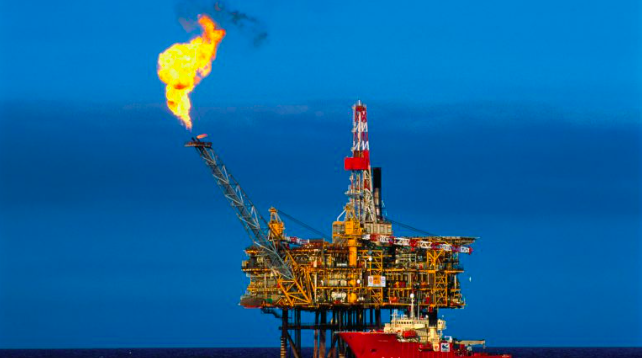 Egypt is getting closer to becoming a regional energy hub, exporting its excess production of natural gas and facilitating exports from neighbouring countries. It has also embarked on several projects connecting the electricity grids of Arab, African, and European countries.

The situation was completely different a few years ago, when millions of people were affected by recurring power cuts resulting from the national grid’s inability to meet rising demand due to a lack of maintenance and outdated power plants. The peak was in 2013, when maximum power-generation capacities reached about 30,000 Megawatts (MW), which was not enough to meet local demand.

In 2014, President Abdel-Fattah Al-Sisi and the cabinet prioritised power generation and Egypt started to witness a flow of investment into the energy sector. The government also planned the repayment of arrears to the gas-exploration companies and the phasing out of energy subsidies.

The latter constituted about 10 per cent of Egypt’s GDP at a total cost of about LE130 billion per year. Egypt’s upgrading of petroleum projects since has resulted in slashing imports of oil products by a third and importing 3.5 million tons of oil by the end of 2020 compared to 10 million tons at a total cost of US$4.5 billion in 2016.

Massive natural-gas discoveries that placed Egypt high on the world’s energy map included the prominent Zohr natural gas field. The discovery, which started production in 2018 and is currently producing 2.7 billion cubic feet of natural gas per day from 13 wells, is helping Egypt to reach self-sufficiency and look for exports for the excess gas.

Natural-gas production in Egypt has now developed to reach an estimated seven billion cubic feet per day as of September 2019, compared to 6.8 billion during the 2018-19 fiscal year, which ended in June, 5.6 billion in 2017-18, and 4.5 billion in the previous fiscal year.

The country used to depend heavily on gas imports, especially in the years following the 25 January Revolution when companies were reluctant to produce gas due to the government’s failure to pay their arrears. In 2016, Egypt imported $3 billion worth of gas, but it stopped importing gas in late 2018.

Although Egypt is currently self-sufficient in terms of natural-gas consumption, the massive discoveries and strong infrastructure including the availability of two liquefied natural gas (LNG) facilities have helped to drive the country forward in its dream to become an energy hub and increase its exports from natural gas to two billion cubic feet per day instead of the current 1.1 billion.

Egypt was selected to host the headquarters of the East Mediterranean Gas Forum, turning it into the region’s major hub for natural-gas producers and exporters. Greece, Cyprus, Italy, Israel and Jordan established the Forum, and the UAE has joined as an observer. France has applied to join, with the US and EU requesting observer status. The major objectives of the Forum are to preserve the natural-gas resources of members and guarantee that they will be used for achieving public interests.

In what is another promising sign of the continued growth and expansion of the Egyptian energy sector, Italian company Eni, which specializes in exploration and energy, on Wednesday announced the discovery of a new oil well in Egypt’s Western Desert.

The discovery will increase the production capacity in the Maliha concession area by 10,000 barrels of oil per day.

The company said the oil well was in the Maliha concession and was investigated through the Arcadia 9 exploration well at the main southern Arcadia base, located 1.5 kilometers south of the main Arcadia field under production.

Eni added that two wells were drilled for development after the discovery: Arcadia 10 and Arcadia 11. The two wells share the same connection between oil and water in the discovered reservoir, Arcadia 9.

Eni is classified as a major producer of oil and gas in Egypt, with a current production rate of hydrocarbons around 320,000 barrels of oil equivalent per day.

Egyptian Minister of Petroleum and Mineral Resources Tarek El-Molla recently described Eni as a strategic partner for Egypt, saying cooperation between the two countries was set to grow and that there were many upcoming projects with Eni. He added that Italy was a very important partner to Egypt and was the European gateway to Egyptian gas.

Earlier this month Eni reached agreements with its partners to restart the LNG terminal in Damietta, Egypt, through an amicable settlement of the pending disputes between Union Fenosa Gas and the Spanish Egyptian Gas Company, paving the way for the operation of the Damietta natural gas plant by the first quarter of 2021. Eni has been operating in Egypt since 1954.

Egypt’s Minister of Petroleum Tarek al-Molla on Friday said nine new agreements, valued at more than one billion U.S. dollars, were signed with local and international companies for exploration of oil and natural gas.

The exploration works will take place in regions in eastern and western the Mediterranean Sea and the regional water of the Red Sea with six large companies for drilling 17 wells, al-Molla added in a statement.

“Egypt seeks luring new international investments in the activities of gas and oil exploration and concluding deals with big companies as a priority,” he added.

He noted that developing many items of the oil deals has contributed a lot in boosting the competitiveness of Egypt as an attractive destination for investments amid stable economic conditions and reform.

The nine deals are part of 12-new-agreements that have been targeted since March 2020 with a minimum investment estimated by 1.4 billion U.S. dollars for drilling 23 wells, nine of them offshore the Mediterranean and three in the Red Sea, the minister of oil added.

This is an important development, as further findings similar to the Zohr field could mean a large increase in Egypt’s gas production capabilities, and therefore exports, as well as reaffirming its ability to act as an independent gas and oil supplier.