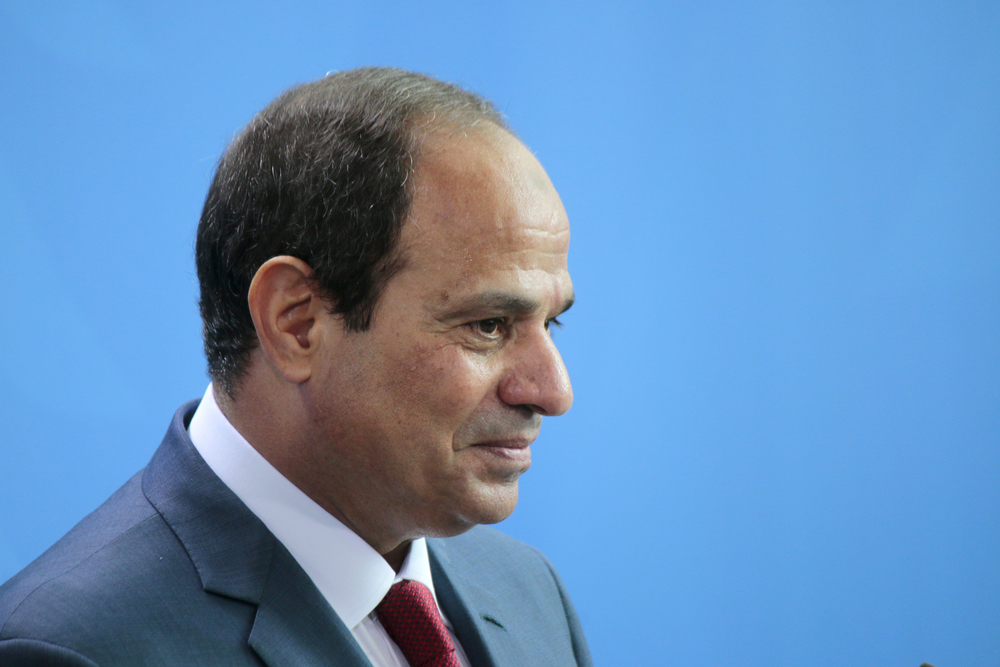 For several years, there has been a dispute between mainly Egypt and Ethiopia regarding the dam that Ethiopia planned to build on the Nile river. This would give Ethiopia a boost in its energy and elictricity supplies, while Egypt would suffer a reduced flow from the Nile that it heavily relies on.

Sudan has been an important player in negotiations due to its placement along the Nile, and between Ethiopia and Egypt geographically. However, much to Egypt’s surprise and dismay, Sudan had appeared to side with Ethiopia in the dispute in March. Sudan rejected an Arab League resolution expressing support for Cairo in negotiations with Addis Ababa on Ethiopia’s Grand Ethiopian Renaissance Dam (GERD), a move that raised eyebrows in the Arab League and alarmed Egyptian authorities.

The Arab League statement was the outcome of deliberations at a regular session of the Arab Foreign Ministers Council held March 5 expressed the pan-Arab bloc’s rejection of “any form of infringement on Egypt’s historical rights to the waters of the River Nile.” The statement further stressed the need for Ethiopia “to adhere to the principles of international law,” noting that “Egyptian water security is an integral part of Arab national security.”

The resolution, put forth by Egypt, was endorsed by all countries in the 22-member state organization, save for Sudan. An initial draft statement had cited the historical rights of both Egypt and Sudan to Nile waters; but Sudan, in a surprise move, requested that its name be removed from the text, saying it had not been consulted by Egypt. However, more recently, Sudan seemed to side with Egypt again, over the question of its own water supplies as well.

The Nile dispute has gone on for such a long time largely due to the stubbornness of both Egypt and Ethiopia. Most recently, Sudan, Egypt and Ethiopia Friday concluded a new round of talks without reaching consensus on a draft deal to be presented to the African Union (AU) regarding the Grand Ethiopian Renaissance Dam (GERD). “The three countries agreed to conclude the current round of talks without consensus on the draft integrated deal which was supposed to be submitted to the AU on Friday,” Sudan’s Irrigation and Water Resources Ministry said in a statement. “Continuation of the talks in their current form will not lead to achieving practical results,” Yasir Abbas, Sudanese irrigation and water resources minister, was quoted in the statement as saying. The Sudanese minister further pointed out that reaching a deal needs a political will. According to the statement, the Sudanese delegation stressed that dialogue is the only way to reach a deal, saying that Sudan is ready to resume the negotiations any time after communication with the AU. Sudan, Egypt and Ethiopia have been negotiating under the AU over technical and legal issues related to the filling and operation of the GERD.

Egypt ramps up relations with Sudan

Egypt appears to be looking to take advantage of Sudan’s crucial importance in the Nile Dam negotiations.

Based on the directives of President Abdel Fattah al-Sisi and as an attempt on Egypt’s part to show solidarity with the Sudanese people, Egypt sent Aug. 18 a medical aid shipment to those affected by the floods in Sudan. A military plane with a shipment of medicines and medical supplies took off in coordination with the Egyptian Ministry of Health in a bid to alleviate the suffering of the Sudanese people affected by the torrential rains that recently swept across Sudan.

Furthermore, Egyptian Prime Minister Mustafa Madbouly concluded on August 15 a one-day official visit to Sudan at the head of a delegation that included a number of ministers to discuss a wide range of common issues. Chief among these was the GERD.

The relationship between the two countries has been an important one since the dawn of time. But these relations changed and evolved over the years, not always for the better. The ups and downs have been directly affected by the nature of the regimes in both Cairo and Khartoum.

When the Bashir regime that divided Sudan fell in 2019, the people of Sudan and Egypt breathed a sigh of relief. The new leadership, under the Transitional Military Council, began rebuilding Khartoum’s relations with Cairo with the hope that the two peoples would build a better future for themselves and the region. Some believe this attitude was reflected in the Sudanese position during the recent negotiations over the Renaissance Dam, reminding all of us, on both sides of the border, that the historical ties between our two peoples are long-lasting and deeply rooted. Egypt understands this and is therefore doing everything to confirm Sudan’s position on Egypt’s side.

The US shows support to Egypt

The US has attempted to mediate the Nile dispute for the past months, but many have seen it leaning to Egypt, and supporting the latter in negotiations. The latest events could confirm this.

The United States has suspended a portion of its financial aid to Ethiopia over the lack of progress in talks with Egypt and Sudan about the Renaissance dam. A US Department of State spokesperson told The Associated Press news agency on Tuesday that the decision to “temporarily pause” some aid to a key regional security ally “reflects our concern about Ethiopia’s unilateral decision to begin to fill the dam before an agreement and all necessary dam safety measures were in place”.

It was not immediately clear how many millions of dollars in US aid are being cut, or for how long, but a congressional source told Reuters news agency: “Up to $100m or so will be affected, of which $26m is funding that expires at the end of the [financial year].”

The US move came after the three countries failed on Friday to reach an agreement on the management of the dam following 10 days of negotiations.

The State Department said commencing the filling of the reservoir before necessary safety measures were implemented “created serious risks for the populations of the downstream countries”, according to AFP news agency It added that by continuing to fill the dam, Ethiopia was undermining confidence in the negotiations. Fitsum Arega, Ethiopia’s ambassador to Washington, said on Tuesday he had been informed of the US aid cuts. “They told us the issue is a ‘temporary pause’,” Arega said on Facebook. “The dam is ours. We will complete it through our efforts. Our Ethiopia will have a bright glow through our efforts,” he added.

The funding affected is linked to nutrition, regional or border security, political competition and consensus-building, the official said. Funding for projects connected to HIV/Aids, migration and refugee assistance and the food for peace programme would be unaffected.

This is a clear sign that Egypt now has an advantage with the US taking decisive action to support its cause. However, this could be the breakthrough needed for negotiations to conclude, as Ethiopia could be forced to change its position. Sudan’s change in stance could have increased the US’s leaning towards Egypt on the issue, and the legitimacy of the latest move.