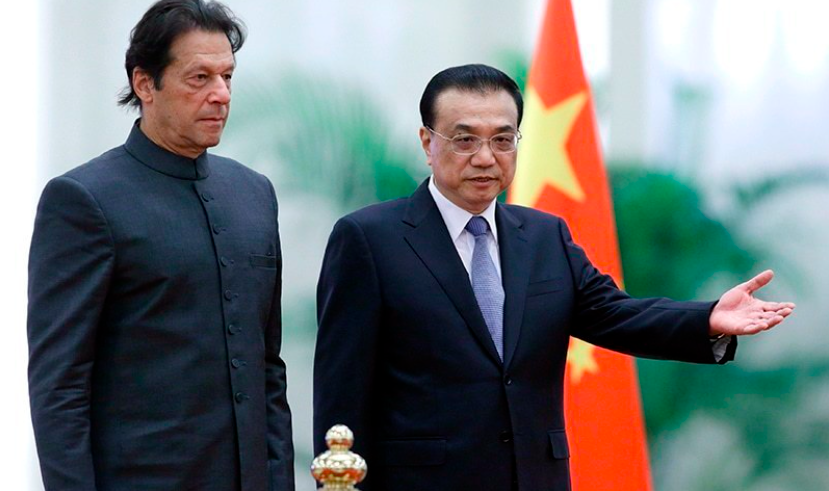 China has shown the strength of its relationship with Pakistan and the extent it has reached, as it has agreed to provide $1.5 billion financing line to repay the $2 billion Saudi Arabia debt owed by Pakistan, sources told Express Tribune.
Pakistan is set to return the $1 billion on Monday and remaining $1 billion is due in January, sources in the finance ministry told Tribune.

The report noted that this time China has not provided the loan from its State Administration of Foreign Exchange commonly known as SAFR deposits nor it has given a commercial loan to Islamabad.  This time both the countries have agreed to increase the size of a 2011 bilateral Currency-Swap Agreement (CSA) by an additional 10 billion Chinese Yuan or around $1.5 billion, the sources said.
The benefit of this arrangement will be that the additional $1.5 billion Chinese loan will not reflect on the book of the federal government and it will not be treated as part of Pakistan’s external public debt.
Pakistan is in a serious debt crisis. Earlier in November, it was reported that Pakistan has decided to seek $2.7 billion loan from China for the construction of package-I of the Mainline-1 project of China Pakistan Economic Corridor (CPEC).
Pakistan paid Pakistani Rs 20.5 billion in interest to China on using the $3 billion trade finance facility in the last fiscal year alone, showed the central bank’s financial statement.
Pakistan Prime Minister Imran Khan had visited Saudi Arabia twice to secure a loan. Saudi Arabia had agreed to provide $6.2 billion worth of financial package to Pakistan for three years. This included $3 billion in cash assistance and $3.2 billion worth of annual oil and gas supply on deferred payments.  As per the agreement, the Saudi cash and oil facility was for one year with an option to roll over the amount at the end of the year for a period of three years. However, Saudi Arabia has claimed back its money ahead of the schedule. Pakistan was paying 3.2 per cent interest on the $3 billion facility, according to the information that the Ministry of Finance shared with the National Assembly.

China has become Pakistan’s largest creditor for the past few years. The trade facility, originally meant to promote bilateral trade in respective local currencies, has been used for paying foreign debt.

Pakistan’s ties with China have been strengthened as the two countries work together to tackle the COVID-19 pandemic as well as deepen cooperation on the China-Pakistan Economic Corridor, Pakistani President Arif Alvi said in an interview with CCTV on Monday. Alvi hailed China’s assistance in tackling the pandemic as Pakistan is still endeavouring to curb new infections.

China has shared its experience of regular epidemic prevention and sent seven batches of medical supplies as well as two medical teams to help Pakistan, he said.

The Pakistani government, under the leadership of Prime Minister Imran Khan, has imposed restrictions such as making masks mandatory and restricting public gatherings, he noted.

Pakistan has been able to keep a relatively low level of infections and the China-Pakistan Economic Corridor cooperation has advanced despite the pandemic, Alvi said. The two countries are advancing projects under the framework, Alvi said.

Furthermore, Pakistan welcomed combat pilots and military aircraft from China as they arrived for joint air force drills in Pakistan to further enhance defence cooperation between the two countries.

Experts say the skills attained during these exercises will help bolster practical military cooperation in the future between Pakistan and China long-time allies and strategic partners. The drills are being held a week after Chinese Defence Minister Gen. Wei Fenghe visited Pakistan and signed a new defence accord to further deepen military cooperation. The visit of the Chinese defence minister and the exercise are considered significant developments in the region.

How this impacts Pakistan’s stance towards Saudi Arabia

With China becoming increasingly economically involved in Pakistan, the latter’s economic reliance on Saudi Arabia is certainly being reduced, and China’s payment of the loan to Saudi Arabia is a perfect example of that. Furthermore, this could also have major geopolitical implications on Pakistan’s relationship with Saudi Arabia, and consequently Israel, as will be explained below.

An already fragile economy beset by a decade of political turmoil and lacklustre economic growth was now facing an existential threat as it was cut off from global financial markets.  One of the biggest challenges was to arrange money to pay for oil imports and keep cars, factories and aircrafts running, while tensions with neighbouring India deepened.  “That’s when Saudi Arabia came to our rescue and offered us an oil credit for the first time,” recalls G. A Sabri, who has served as the top bureaucrat in Pakistan’s petroleum ministry and was part of the negotiations.  “I remember it covered around 100,000 barrels per day (BPD) of the furnace and crude oil. We got the shipments on a deferred payment which means you take the oil today but paid much later. But really it was sort of a grant as the payments were waived off.”  Since then, Pakistani leaders have approached Riyadh on a number of occasions asking for similar relief whenever the country’s foreign currency reserves have fallen, or it has struggled to settle international payments.

Although Pakistan is not economically reliant on Israel, its relationship with Saudi Arabia and the US could geopolitically and economically force it to establish ties with Israel. Both Pakistan and Israel never had any diplomatic relations with each other, neither had any war directly. There are various reasons for not recognizing Israel as a state, one of the main reasons is solidarity with the Muslims of Palestine.

However, now that Pakistan’s economic dependence on Saudi Arabia is rapidly reducing, it less obliged geopolitically to bend to Saudi Arabia’s will, and so it becomes less likely that Pakistan will be obliged to normalise ties with Israel.

In addition to this, Pakistan’s role as a mediator between Iran and Saudi Arabia, as well as Turkey and the latter, with the intent of balancing ties, could transition to a more adamant position, prioritizing relations with Turkey and Iran, and even Qatar as we have mentioned in previous articles, without the fear of economic repercussions from Saudi Arabia.