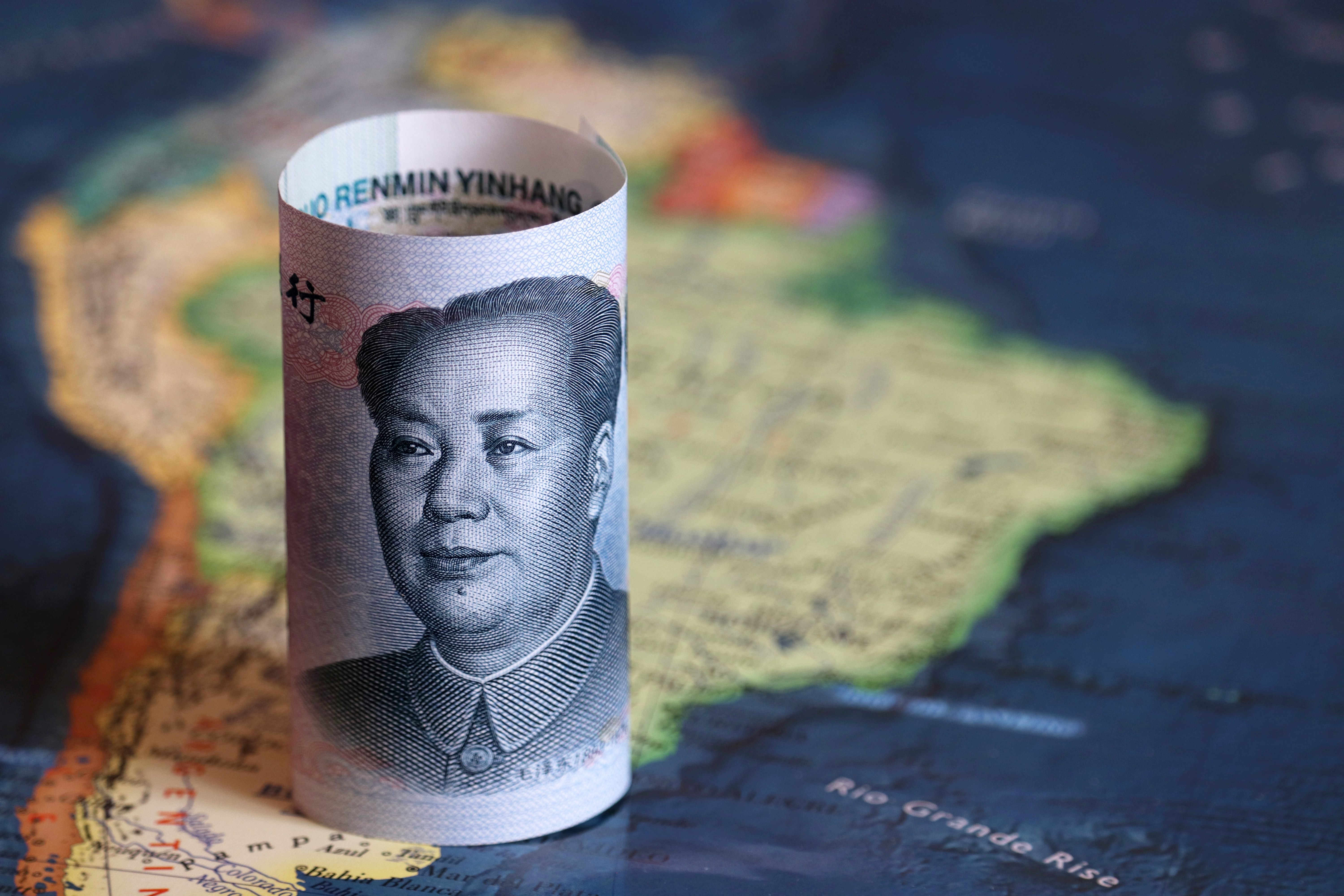 Chinese yuan on the map of South America. Trading between China and Latin American countries, economy and investment

Chinese yuan on the map of South America. Trading between China and Latin American countries, economy and investment

China has had a growing digital role in Chile and has used it as a tool to expand its digital reach. Technological advances have brought the two countries closer together.  China’s ride-hailing company DiDi Chuxing, which launched its operation in Chile in June, have had a big impact in Chile, while Chinese made electric buses have dominated the public transport sphere. Online commerce website Ali express has become popular in Chile, while the increased popularity of products and services of Chinese origin reflect China’s growing presence in the South American country, and its “natural and quotidian” nature.

Chile is the world’s largest producer of copper, and a big proportion of its exports go to China. However, in its second quarterly report the Chilean Copper Commission (COCHILCO) reduced its 2020 projection from US$3.08 to US$2.90 a pound, it said in a statement. The drop is because China “is experiencing a cycle of economic slowdown that has undermined expectations for short-term demand,” said the statement. That was exacerbated by “macroeconomic and global geopolitical tensions that have reduced the projections of worldwide growth,” largely due to a trade war between China and the United States, COCHILCO said. This has had a big impact on Chile’s economy and shows that its over-reliance of exports to China could hurt them.

3. Chile hopeful on the citrus industry in China

Another area where Chile hopes to depend on China, is its citrus industry, as Chile is hopeful its citrus industry will gain long-awaited access to the Chinese market later this year. Chinese inspectors are this week touring citrus facilities and production sites throughout the country. The Chilean citrus industry has sought market access to China for many years and hopes to achieve it in November. This development would only increase Chile’s economy’s reliance on China’s economic stability.

Due to Chile’s substantial economic reliance on China, it is feeling the pain of the US-China trade war. The price of copper, Chile’s main export, has fallen 17 per cent this year and the value of the Chilean peso, regarded as one of the most stable currencies in Latin America, has dropped to its lowest in more than three years. The government had forecast robust growth for this year, but a sharp rise in unemployment shows that the economy is taking a hit. Chile should now use this as a reminder to expand its economic links and diversify its exports rather than over-relying on China.

Despite Chile’s economy clearly being affected by the US-China trade war, Chilean President Sebastian Pinera on Saturday called for strengthening bilateral cooperation between Chile and China. He made the remarks in a meeting with visiting Chinese State Councilor and Foreign Minister Wang Yi here at the presidential palace. Pinera asked Wang to convey his sincere regards to Chinese President Xi Jinping. Chile has always attached great importance to the relationship between Chile and China. The bilateral ties have been undergoing a stable and healthy development for nearly 50 years since the two countries established diplomatic relations, said Pinera. This is a move that may not come at a good time during the trade war, however at the same time, it will stimulate production for exports.