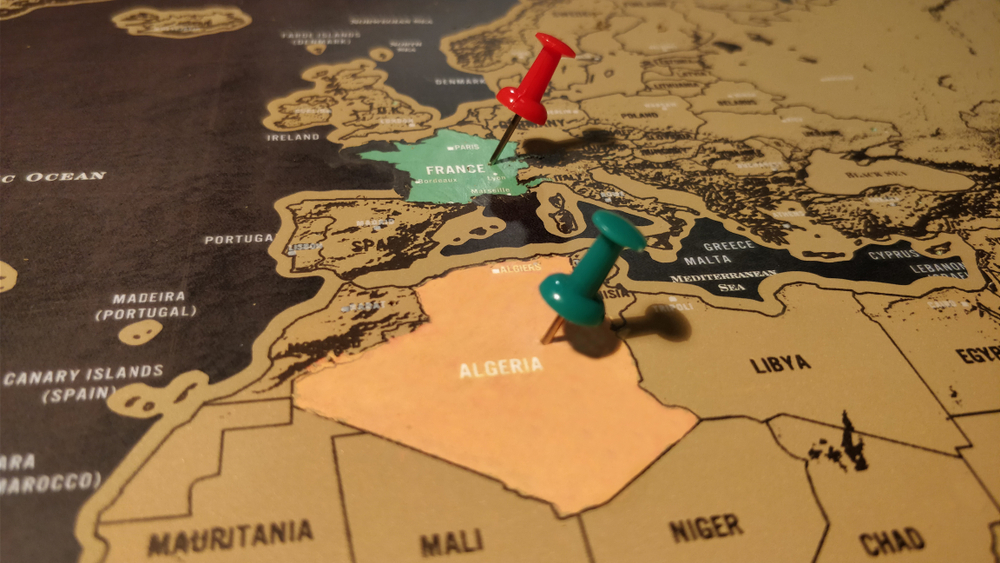 An Algerian court has handed prison terms to four people found guilty of providing employees of the French embassy in Algiers with “information and news that are detrimental to the economy and national security.”

“Six people, including agents working at the port and the international airport, were involved in the case,” according to the Algerian newspaper Echorouk.

The main defendant is an Algerian of dual nationality, based in France, where he was known as a drug dealer before his return to the country in 2010.

The defendant was accused of collecting and transmitting information to the French embassy that he visited frequently, and sending intelligence data via WhatsApp and Viber, according to the charges brought against him.

The accused has categorically denied the charges and stated that he had no more than friendly exchanges with the staff of the French embassy.

The Algerian security services began investigating the case in 2018, leading to a trial that started on 10 November and ended with the convictions. Both the man and his friend, a police officer at Algiers International Airport, have been jailed for seven years. A customs’ officer was also sentenced to three years in prison, while an intern at the airport received an 18 months prison term.

Algeria said two weeks ago that it does not rule out international arbitration to resolve its dispute with France over the archives of the French colonial era.

“There is nothing that prevents the people from resorting to international arbitration or submitting the case to international judicial bodies in the future,” presidential adviser Abdelmadjid al-Sheikh said in a radio interview.

The Algerian authorities say that during the colonial period (1830-1962) the French forces smuggled hundreds of thousands of maps and historical documents, including those dating back to the Ottoman era (1518-1830). However, the French authorities say that the documents related to the colonial period of Algeria are part of the country’s sovereignty.

For four years, Algeria and France have been negotiating over four pending historical files. The first concerns the Algerian archive, which the French authorities refuse to hand over, and the second file corresponds to the retrieval of the skulls of the leaders of the Algerian War of Independence.

The third issue is agreeing financial compensation for the victims of the nuclear tests that France conducted in the Algerian Sahara between 1960 and 1966, and the fourth file deals with the 2,200 Algerians who went missing during the war of liberation (1954-1962), according to Algerian authorities.

It appears last month’s attacks on Islam by Macron have led to the start of a downward spiral in relations between France and Algeria. On 21 October, French President has publicly defended the publication of insulting cartoons of the Prophet Muhammad (peace be upon him), which are considered blasphemous in Islam.

Seven blocs in the Algerian parliament yesterday called on international human rights organisations to prosecute France over its incitement against Islam and insults against Prophet Muhammad (peace be upon him), Anadolu news agency reported.

The blocs condemned”insulting statements made by French President Emmanuel Macron against the Prophet of the Islamic Ummah, which reflected his moral behaviour” and called on “international human rights organisations to file a formal lawsuit against France over hate speech and racism”.

They also called on Arab parliaments to condemn the French actions and to hold urgent sessions to slam them.

The blocs are the Movement of Society for Peace, Justice and Development Front, Ennahda Movement, National Construction Movement, Rally for Hope for Algeria, Workers’ Party and Independents.

It is clear that Macron’s comments have ruptures relations between the two nations, and Algeria may start looking elsewere and cut relations with France.