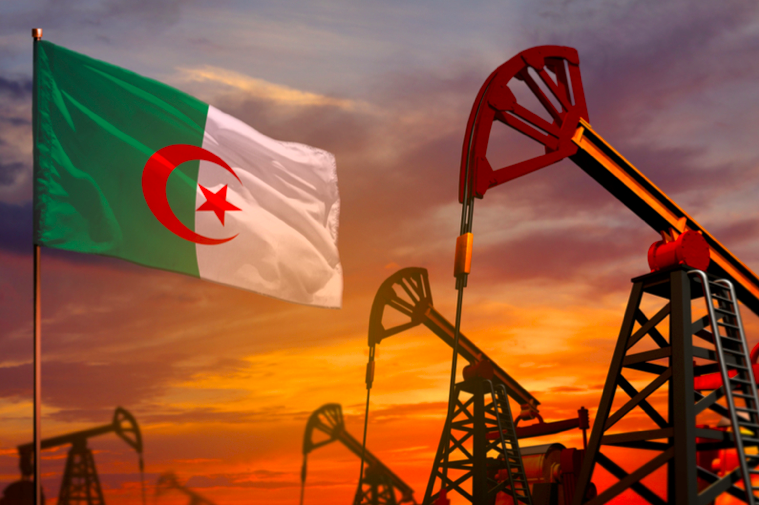 Algeria has threatened to suspend its gas exports to Spain, the latest twist in a complex triangle of diplomatic tensions between the gas supplier, the gas importer and their shared neighbor Morocco — all against the background of skyrocketing prices driven by Russia’s war in Ukraine.

Spain has been in talks with Morocco about helping the North African kingdom boost its gas supplies. That could possibly be done by allowing Morocco to use processing facilities in Spain that could handle imports by ship of liquified natural gas (LNG), which could come from a variety of suppliers. Gas could then be sent to Morocco via an existing pipeline that crosses the Strait of Gibraltar.

Spain, however, also imports natural gas from Algeria. And Algeria is in the midst of a deep diplomatic freeze with Morocco, with which it shares a land border. Algeria severed ties with Morocco last August. Then it choked off one of Morocco’s sources of gas by switching off a gas pipeline that runs across their shared border.

Morocco has turned to Spain for help in trying to make up the shortfall — a prospect that appears to be raising hackles in Algiers.

In a statement late Wednesday, Algeria’s energy ministry warned that gas supplies it sends to Spain via a separate pipeline under the Mediterranean Sea could be suspended if the gas is then diverted elsewhere. Such a diversion could be regarded as a contract breach, “and, as a consequence, could lead to the breaking of the contract”, the ministry warned.

With Spain heavily dependent on Algerian gas, its energy ministry scrambled to calm the storm, saying in a statement that “in no case will the gas acquired by Morocco come from Algeria.”

Spain has assured Algeria that it will not send its imported supplies of natural gas to Morocco or “a third destination”.

This crisis comes at a sensitive time for Spain and its energy needs, amid skyrocketing prices driven by Russia’s war in Ukraine.

Spain’s gas bill is bound to rise sharply if Algeria follows through on its threat to terminate supplies. Spain’s dependency on Algerian gas can be gauged from the fact that 40% of Madrid’s total gas needs last year were met by the North African nation.

Madrid will have other options if Algeria pulls the plug on gas supplies but it will be an expensive proposition, said Ana Maria Jaller-Makarewicz, an analyst for Europe at IEEFA.

She said the main bone of contention between the two is Madrid’s plan to export gas to Morocco, so “it all depends on what Spain decides to do.”

“If Algeria stops supplies, Spain can meet its demand with LNG imports. But this can push up gas prices in the country because it is much more expensive than getting gas directly from Algeria via the LNG pipeline,” Jaller-Makarewicz explained.

As Europe is forced to rapidly shift away from Russian gas supply, Algerian gas has quickly become in hot demand in the European market.

Italian Premier Mario Draghi has secured a deal for more natural gas imports across a Mediterranean pipeline from Algeria.

Russia is Italy’s biggest supplier of natural gas, representing 40 per cent of total imports, followed by Algeria, which provides some 21 billion cubic meters of gas via the Trans-Mediterranean pipeline.

After meeting with President Abdelmadjid Tebboune, Draghi said that an agreement to intensify bilateral cooperation in the energy sector along with the deal to export more gas to Italy is significant for the “strategic goal” of quickly replacing Russian energy.

Algerian state hydrocarbons firm Sonatrach said at the time it was ready to increase gas supplies to Europe, notably via the Transmed pipeline linking Algeria to Italy.

Its CEO Toufik Hakkar said Europe is the “natural market of choice” for Algerian gas, which accounts for about 11 per cent of Europe’s gas imports.

The increased flows will start in the fall, ENI said in a statement.

Although this should generally be seen as a positive development for Algeria and its gas industry, there are growing concerns that the North African nation cannot handle such a sharp rise in demand for its gas. The list of European countries now interested in Algerian gas is growing. However, Algiers’ capacity for extracting and transporting that gas effectively to Europe has not matched this demand. Previously Europe’s third largest supplier of gas – behind Russiaand Norway – Algeria accounted for 8% of the European Union’s total gas imports in 2021 or 34 billion cubic meters, overall. Compared to some 20% – or 130 billion cubic meters – exported to the European Union from Russia in the same year. Additionally, some experts posit that the suspended transfer of Russian LNG through the Nord Stream I and II pipelines could lead to a 40% reduction in Europe’s gas imports in 2022-2024. This meaning that Algeria would need to mobilize available LNG reserves and increase production by at least 12-38% in order to meet the needs of the European energy market before Fall and Winter 2022, when energy demands across the EU will surely surpass current needs.

Although Algiers has assured European partners, such as Italy, that it could meet growing energy demands for Algerian LNG in March 2022. There are still many questions as to whether Algeria could furnish Europe with the energy supply it requires via its Mediterranean pipeline. Algerian natural resource company Sonatrach is currently working with EU partners, such as Italian gas company Eni and French gas company Total, to enhance the extraction of LNG resources in new oil fields located in the central and southern regions of the country. However, there are still caveats which could prevent Algeria from meeting European demands in 2022-2024. Since 2019, Algeria has been facing both increased domestic demands for LNG reserves as well as mounting political instability since protests in 2019 and the stepdown of five-term president Abdelaziz Bouteflika in 2021. Moreover, state-owned oil company Sonatrach continues to battle rigid bureaucracy slowdowns, impeding its extraction of refinement operations. Additionally, Sonatrach has been known to set tough contract terms with external buyers, and has faced continual security concerns, suffering hacks on its central processing facilities which have minimized gas extraction and transportation.

It will be a herculean task to achieve, but if Algeria can meet demand amid internal instability and inconsistency in oil supply chains, the country stands to make a sizeable profit. Cornering the lion’s share of the $107.87 billion wide gap left in the European energy market if all Russian sales to the region stops in 2022-2024.

Algeria will most probably face an even greater hike in European demand for its gas, as the EU is planning to completely cut gas and oil imports from Russia.

The European Union was preparing sanctions on Russian oil on Monday, with possible exemptions for wary countries, and warned that complying in full with Moscow’s proposed scheme to receive gas payments in roubles would breach existing EU sanctions.

Stocking up will only avert a crisis. To wean itself off Russian gas, Europe will also need to diversify supply, starting out with liquefied natural gas, also known as LNG. It consists of 90 percent methane, cooled to a liquid state at -161 degrees Celsius. The fuel takes up about 600 times less volume, allowing it to be shipped from the US, Qatar, Australia, Algeria or Nigeria, but at a steep price. In its liquid form, the gas is four to five times more expensive.

But with a gas shortage looming, Europe plans to import 50 billion cubic metres of LNG every year – a solution that could backfire, according Maxence Cordiez, an energy analyst.

“There’s not enough liquefied natural gas in the world to replace the Russian gas that the European Union buys,” he says, since Asia and China in particular are draining the LNG market.

In the long term, it also means massive investments in yet more fossil fuels.

Algeria will certainly become a very important source of gas for Europe, but it is only one of the many sources of gas imports Europe will have to secure if it is to cut off Russian gas.