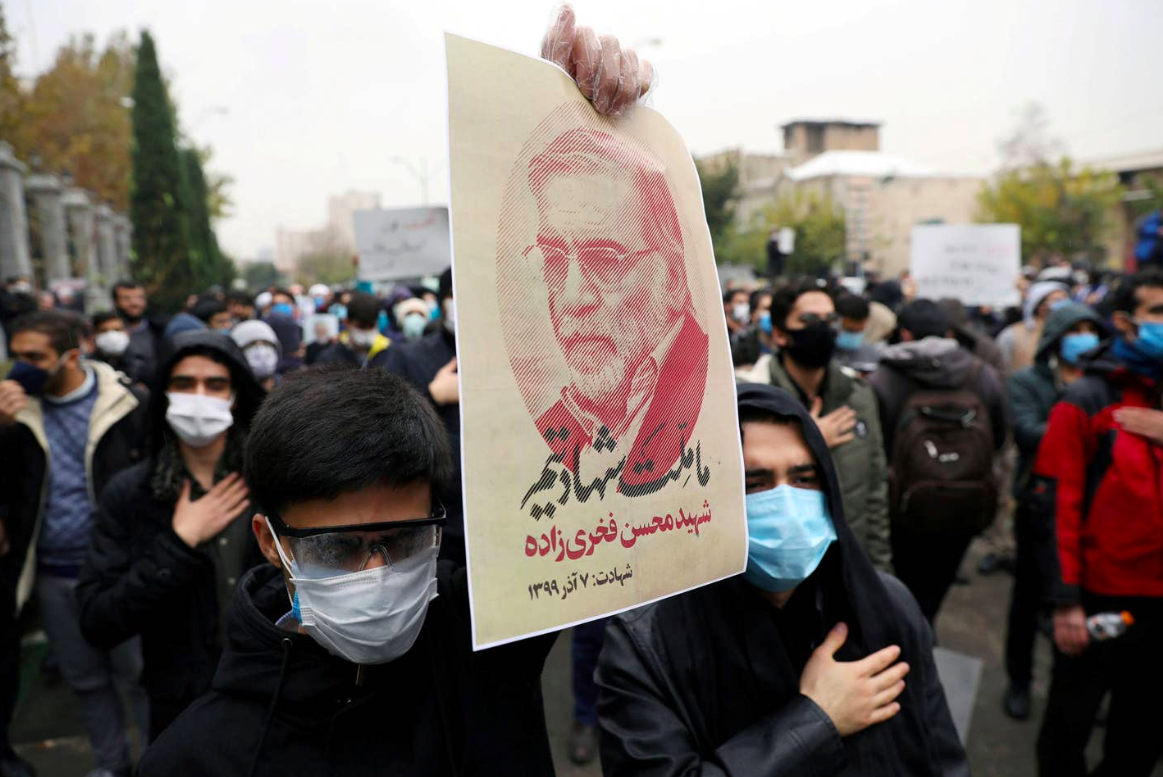 The Iranian nuclear scientist Mohsen Fakhrizadeh was assassinated Friday east of Tehran was shot by a remote-controlled machine gun operating out of another car, the semi-official Fars News Agency. He was the head of the research centre of new technology in the elite Revolutionary Guards and was a leading figure in Iran’s nuclear program.

According to a published report in  Fars News, it is reported that on Friday  Fakhrizadeh was travelling with his wife in a bulletproof car, alongside three security personnel vehicles, when all of sudden he heard some bullet alike sound hitting the vehicle. To which he exited the vehicle to determine what had happened. When he left the vehicle, a remote-controlled machine gun opened fire from a Nissan stopped about 150 meters (164 yards) from Fakhrizadeh’s car.

Fakhrizadeh was head of the research center of new technology in the elite Revolutionary Guards, and was a leading figure in Iran’s nuclear program for many years.
The killing could further fuel tensions between Tehran and Washington in the final weeks of US President Donald Trump’s term. US-Iran relations have rapidly deteriorated during Trump’s presidency.
Students and young Iranians have held small protests in Tehran over the past two days outside several government buildings. At one outside the foreign ministry on Saturday, protesters burned posters depicting Trump and US President-elect Joe Biden, as well as US and Israeli flags.

Israel blamed for the attack

Iran’s English-language Press TV reported on Monday that the weapon used in the killing of prominent Iranian nuclear scientist Mohsen Fakhrizadeh last week was made in Israel, the Islamic Republic’s longtime enemy.

A senior Israeli official told the New York Times on Sunday that the world should thank Israel for killing the father of Iran’s nuclear weapons program, Mohsen Fakhrizadeh.

Bruce Riedel, a former CIA official who also spoke to the Times, called the alleged Israeli operation “unprecedented,” adding it showed “no sign of being effectively countered by the Iranians.”

However, Israel did not officially confirm its involvement in the bombing and shootout in the Iranian city of Absard, near Tehran, in which Fakhrizadeh was killed.

How will Iran respond?

“There are two matters that people in charge should put in their to do list: 1- To follow up the atrocity and retaliate against those who were responsible for it. 2- To follow up Martyr Fakhrizadeh’s scientific and technical activities in all fields in which he was active,” Khamenei wrote Saturday in a tweet from an account often attributed to him, making a veiled reference to the country’s nuclear activities.
He added: “Our distinguished nuclear scientist in the defense of our country, Mr Mohsen Fakhrizadeh was killed by the oppressive enemies. This rare scientific mind lost his life for his everlasting great scientific work. He lost his life for God and the supreme leader. God shall reward him greatly.”
In addition to this, an opinion piece published Sunday by a hard-line Iranian newspaper urged Iran to attack the Israeli port city of Haifa if Israel carried out the killing of the scientist who founded the Islamic Republic’s military nuclear program in the early 2000s. Though the hard-line Kayhan newspaper has long argued for aggressive retaliation for operations targeting Iran, Sunday’s opinion piece went further, suggesting any assault be carried out in a way that destroys facilities and “also causes heavy human casualties.”
Such an attack would be an effective deterrent, he said, “because the United States and the Israeli regime and its agents are by no means ready to take part in a war and a military confrontation”.