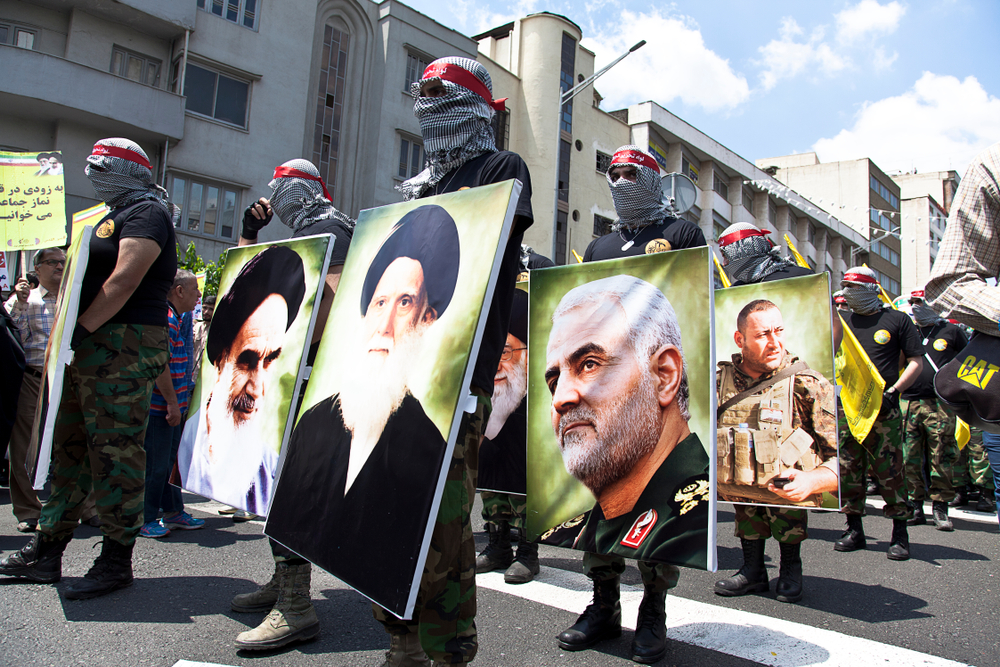 Is Iran preparing to avenge Suleimani?

Iran has warned the United States against making a “strategic mistake” after President Donald Trump threatened Tehran over reports it planned to avenge the killing of top general Qassem Soleimani.

“We hope that they do not make a new strategic mistake and certainly in the case of any strategic mistake, they will witness Iran’s decisive response,” government spokesman Ali Rabiei told a televised news conference on Tuesday.

Trump on Monday promised that any attack by Iran would be met with a response “1,000 times greater in magnitude,” after reports said Iran planned to avenge Soleimani’s killing in a US drone attack in January this year.

This came in reacction to a report that the Iranian government is weighing an assassination attempt against the American ambassador to South Africa, U.S. intelligence reports say, according to a U.S. government official familiar with the issue and another official who has seen the intelligence.

U.S. officials have been aware of a general threat against the ambassador, Lana Marks, since the spring, the officials said. But the intelligence about the threat to the ambassador has become more specific in recent weeks. The Iranian Embassy in Pretoria is involved in the plot, the U.S. government official said.

Still, attacking Marks is one of several options U.S. officials believe Iran’s regime is considering for retaliation since the general, Qassem Soleimani, was assassinated by a U.S. drone strike in January. At the time, Secretary of State Mike Pompeo said the U.S. killed Soleimani to reestablish deterrence against Iran.

Relations between Washington and Tehran have worsened since Trump unilaterally pulled out of a landmark international nuclear deal with Iran in May 2018.

The intelligence community isn’t exactly sure why Iranians would target Marks, who has few, if any, known links to Iran. It’s possible the Iranians took her long friendship with Trump into consideration, the U.S. government official said. The Iranian government also operates clandestine networks in South Africa, the officials noted, and has had a foothold there for decades.

Iran getting around sanctions

Meanwhile, Iran is doing everything to avoid the heavy sanctions imposed on it by the US. An oil tanker is discharging Iranian condensate for Venezuela as both countries continue to avoid U.S. sanction tripwires. The ship, identified as Honey, turned off its satellite signal and started unloading about 2 million barrels of South Pars condensate at Venezuela’s state-controlled port of Jose on Saturday, according to a report and a person with knowledge of the situation. The cargo will most likely be used by the state oil company Petroleos de Venezuela SA to blend with Venezuela’s tar-like crude and help prop up production in the Orinoco oil belt.

This is the first time Venezuela has imported crude from Iran, although it’s imported gasoline. It’s also the country’s first oil import since April 2019, when it got a parcel of Nigerian oil Agbami to mix with its heavy oil and produce flagship Merey 16, the country’s top exported blend. Imports are used to offset Venezuela’s declining production of light oil, used to make Merey, or to act as a diluent and blend with viscous types of crude to make them more marketable.

Iran is also officially fighting the legitimacy of US sanctions in court. The United States and Iran will face off at the UN’s top court on Monday in the latest round of a battle over sanctions on Tehran reimposed by US President Donald Trump. Tehran dragged Washington to the International Court of Justice (ICJ) in The Hague in 2018 after Trump pulled the US out of a landmark international nuclear deal with Iran. Iran says the sanctions brought back by the Trump administration breach the 1955 “Treaty of Amity” between the two countries, signed long before the 1979 Iranian revolution severed ties.

Tehran won an early victory in October 2018 when the ICJ ordered sanctions on humanitarian goods to be eased as an emergency measure while the overall lawsuit is dealt with. The US responded by formally ending the treaty, agreed when Iran was ruled by the Western-oriented shah, and accusing Iran of using the ICJ for “propaganda” purposes. The United States will first address the court on Monday at 1300 GMT about whether judges have jurisdiction in the case, while Iran will speak on Wednesday.

This is yet another aspect of the US’s policy with respect to Iran that is seemingly failing, as the US is now fighting both the court’s jurisdiction, and Iran.

Iran has for the past several years been increasingly focused on forming economic and geopolitical ties with US rivals in the region, to help avoid sanctions, and avoid getting cornered by the US. This has led them to push for increasing ties with China, adding to their already strong ties with Russia, and in recent months with Turkey, who has become an increasingly important player in the region.

The prospect of a long-term Sino-Iranian collaboration has prompted mixed reactions from international observers: thus, Foreign Policy claimed that the deal is “bad news for the West”, foreseeing a geopolitical reshuffle in the Middle East and Asia, with China boosting its foothold in strategically important locations. For its part, War on Rocks threw the accords into question, claiming that although “real and harmful dangers of Chinese-Iranian cooperation remain”, the leaked grand design does not seem to be a workable idea anyway.

On 2 August, US Secretary of State Mike Pompeo joined the chorus of alarmists, asserting on Fox News that China’s entry into Iran “will destabilise the Middle East” and put Israel, Saudi Arabia, and the UAE “at risk”.

There’s nothing particularly surprising about Western mainstream media and Western governments’ opposition to the Sino-Iranian pact, which symbolises a decisive shift towards the East by Iran, elaborates Mahan Abedin, a veteran journalist and analyst of Iranian and Middle Eastern politics. Both Tehran and Beijing appear interested in intensifying security cooperation, Abedin notes, rubbishing Western mass media assumptions that the People’s Republic would station military forces on Iranian islands in the Persian Gulf: “For a variety of constitutional, historical, political and ideological reasons Iran will never accept foreign forces on its soil”, he stresses.

In addition to this, Iran could be forming a strong partnership with neighbouring Turkey. A video conference meeting between top Turkish and Iranian officials was held last Teusday in a sign of willingness from both sides to increase cooperation. The meeting of Iran-Turkey High-Level Cooperation Council was held with the participation of President Recep Tayyip Erdoğan and his Iranian counterpart Hasan Rouhani via videoconference. Economic and business cooperation was an important topic in the meeting. Chief of Staff of the President of Iran Mahmoud Vaezi says the economic ties between the two countries are of great volume and very good documents have been signed; therefore, it is needed that Tehran and Ankara develop their relations in the banking sector as soon as possible. He further added that the governors of the central banks of the two countries have highlighted this matter while President Hassan Rouhani and President Recep Tayyip Erdogan have also discussed using national currencies in trade and business.

Furthermore, Turkey and Iran agreed to target the Kurdistan Workers’ Party (PKK) and its affiliates in joint military operations. The statement was the first in recent years where Iran has publicly announced that it would go after the PKK and its Iranian affiliate the Kurdistan Free Life Party (PJAK) in joint operations with Ankara. “Both sides emphasised that it is incumbent upon both countries to fully utilise the existing cooperation mechanisms against the activities of PKK/PJAK elements and the other terrorist organisations along the common borders,” said the declaration. “And to take coordinated steps for a result-oriented cooperation, including joint operations, in countering terrorism and organised crime.”

Turkey has been rapidly increasing its geopolitical and military stature in many years, as seen through its intervention in Syria, strong stances in the Mediterranean, and successful operations in Libya, leading many to believe that it is becoming a regional power to be reckoned with. Hence, should the two (Iran and Turkey) join forces and form a strong geopolitical alliance, they would almost definitely place them as a formidable force and possibly the most powerful geopolitical actors in the Middle East. In fact, it could be argued that Israel and the UAE’s latest signing of a peace agreement was a reaction to Turkey’s increasing geopolitical influence, as well as in anticipation of a possible alliance with Iran, which would threaten Israel’s leading geopolitical role in the region, as well as limiging the UAE’s influence. This has direct negative implications on the US’s influence in the Middle East.