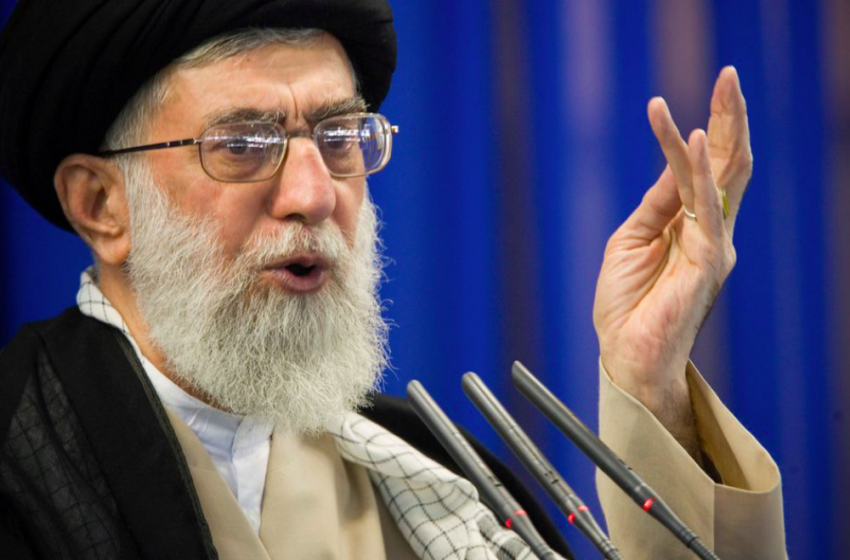 Seven candidates have been allowed to run in Iran’s presidential elections on June 18, and none of them is a prominent reformist or pragmatist.

The interior ministry on Tuesday announced the list handed to it the night before by the Guardian Council, a 12-member constitutional vetting body overseen by Supreme Leader Ayatollah Ali Khamenei that is tasked with evaluating potential candidates’ qualifications.

Among the 585 other hopefuls who were disqualified by the council were supreme leader adviser and former parliament speaker Ali Larijani – a pragmatist conservative who has veered more to the centre in recent years – and current reformist First Vice President Eshaq Jahangiri.

Former two-term President Mahmoud Ahmadinejad was also, as expected by many, disqualified. While signing up, he said he would boycott the elections if he was prevented from running.

Tuesday’s results only solidify conservative Raisi’s position as by far the top candidate, as Larijani and Jahangiri were seen as the only candidates who could have a remote chance of challenging Raisi in an election expected to have low voter turnout amid public disillusionment.

Several candidates have already resigned in favour of Raisi and more are expected to follow suit before election day.

Unconfirmed reports on Tuesday also said outgoing moderate President Hassan Rouhani sent a letter to the supreme leader asking him to allow reformist and moderate candidates to be qualified in order to level the playing field.

His government had protested the “removal” of these candidates earlier this month since the Guardian Council had abruptly made a proclamation, which some viewed as illegal, changing election laws.

The council had declared that it would only consider candidates aged between 40 and 75, who have no criminal record – including political dissent – and are able to prove at least four years of senior executive leadership experience.

That proclamation had automatically disqualified prominent reformist Mostafa Tajzadeh, who was jailed for seven years following the 2009 Green Movement which disputed Ahmadinejad’s reelection, and current ICT minister Mohammad Javad Azari Jahromi, who will be 40 later this year.

Foreign Minister Mohammad Javad Zarif also said he will not run shortly after a leaked confidential audiotape of him candidly discussing internal power struggles drew the public ire of the supreme leader.

Asked by state television on Tuesday whether all political orientations enjoy representation in the elections, Guardian Council spokesman Abbas Ali Kadkhodaei said “there is no necessity for the council to make decisions based on political groups or factions” since it only considers the constitution.

Approved candidates can now start campaigning until June 16, two days before the election, allowing for a one-day period when campaigning is banned. Candidates will have three televised debates whose dates have not been announced.

The upcoming elections in Iran are facing strong challenges of legitimacy from several sides. At a time when the Iranian regime is desperately seeking to secure the largest possible turnout for the presidential election scheduled for June 18 — in order to avoid any repetition of the embarrassing scenario that occurred during the previous parliamentary election — recent days have seen unprecedented and rapidly growing calls for the vote to be boycotted.

This is shocking since the growing talk of boycotting the election has even spread to the hard-line advocates of the Iranian revolution, who were, until very recently, among its most fervent defenders. One prominent figure, Faezeh Hashemi Rafsanjani, claimed that the election offers nothing and will do nothing to change the unsatisfactory status quo in the country.
Former Iranian President Mahmoud Ahmadinejad has threatened to boycott the election if the Guardian Council decides to disqualify him from standing as a candidate. Ahmadinejad is essentially dog whistling to instruct his supporters to stay away from the polling stations if he is disqualified.

Relatives of the victims of the regime’s 2009 attacks on the Green Movement and family members of those killed by regime forces amid the social and political protests of December 2017 and November 2019 have also threatened to withhold their votes. In addition, family members of those aboard the Ukrainian passenger plane that was shot down in January 2020 by the regime’s Islamic Revolutionary Guard Corps (IRGC) and relatives of detainees killed in Iranian prisons are supporting the calls to boycott the election.

Meanwhile, 231 civil and political activists from 50 cities and 25 provinces across Iran have issued a statement and message to the Iranian people, calling on them to boycott the June election. They described it as a “show and charade.” The activists asserted that, by not participating in this election, the Iranian people could move toward achieving a peaceful transition of power away from the fundamentalist theocratic Velayat-e Faqih regime to a democratic and secular leadership with a constitution inspired by the Universal Declaration of Human Rights.

While there have been many calls to boycott Iran’s elections in the past, they have never been as strong, numerous and determined as those witnessed in the past few weeks.

There is a general feeling of dissatisfaction among those supporting a boycott. These people feel that participation in the election grants unmerited legitimacy to the Iranian regime, while the Iranian people play no significant role in the country’s political life.

A glance at Iran’s state-run media in recent days shows how the regime’s infightings have increased ahead of the sham presidential elections and how bogus are the slogans of the regime’s so-called candidates about reforming Iran’s dire situation. Even they underline that more people are joining the campaign to boycott the regime’s elections.

“While the system’s sympathizers repeatedly underline people’s very low motivation to participate in the election, the serious question is why [candidates] are busy with the façade and not paying attention to the core problems?” wrote the state-run Arman daily on Sunday.

While underlining that the “Scientific and unbiased polls” have confirmed low turnout in the elections, Arman daily warns that candidates’ hollow promises “Will increase the distance of voters from the ballot boxes.”

What does this mean for the nuclear deal?

The exclusion of reformists in the list of candidates could have strong implications on ongoing negotiations for the return of a  nuclear deal with the US and Europe, and could lead to its demise.

Iranian Foreign Minister Javad Zarif urged the US administration on Monday to lift current sanctions against Iran, which were imposed under former US President Donald Trump.

In response to a recent statement by US Secretary of State Antony Blinken regarding US sanctions on Iran, Zarif said on Twitter: “Lifting Trump’s sanctions, is a legal and moral obligation. NOT negotiating leverage.”

Speaking on ABC News’ This Week With George Stephanopoulos, Blinken said on Sunday that the lifting of US sanctions on Iran depends on Tehran’s compliance with its nuclear commitments toward Washington.

“Iran, I think, knows what it needs to do to come back into compliance on the nuclear side, and what we haven’t yet seen is whether Iran is ready and willing to make a decision to do what it has to do. That’s the test and we don’t yet have an answer,” Blinken said.

Over the past several weeks, Iran and other signatories to the deal, officially known as the Joint Comprehensive Plan of Action (JCPOA), have been engaged in marathon negotiations in the Austrian capital Vienna to revive the accord.

Former President Donald Trump unilaterally withdrew the US from the agreement in 2018 and reimposed sweeping sanctions it had agreed to lift under the deal and imposed new ones in the hope that the penalties would bring Iran back to negotiations for what Trump hoped would be a “better” deal.

Iran resisted his efforts and instead stepped away from the nuclear restrictions it agreed to under the accord as regional tensions between the US and the Islamic Republic soared.

The JCPOA is an agreement on the Iranian nuclear program reached in Vienna on July 14, 2015, between Iran and the P5+1, comprising the five permanent members of the UN Security Council — China, France, Russia, the UK and the US — plus Germany together with the European Union.

Analysts believe that amid the already tense atmosphere in these talks, the electoral victory of a hardliner would be the nail in the coffin for negotiations for a nuclear deal, as the moderate president Rouhani, seen by many as the bridge between Iran’s hardliners and the US, would be gone.