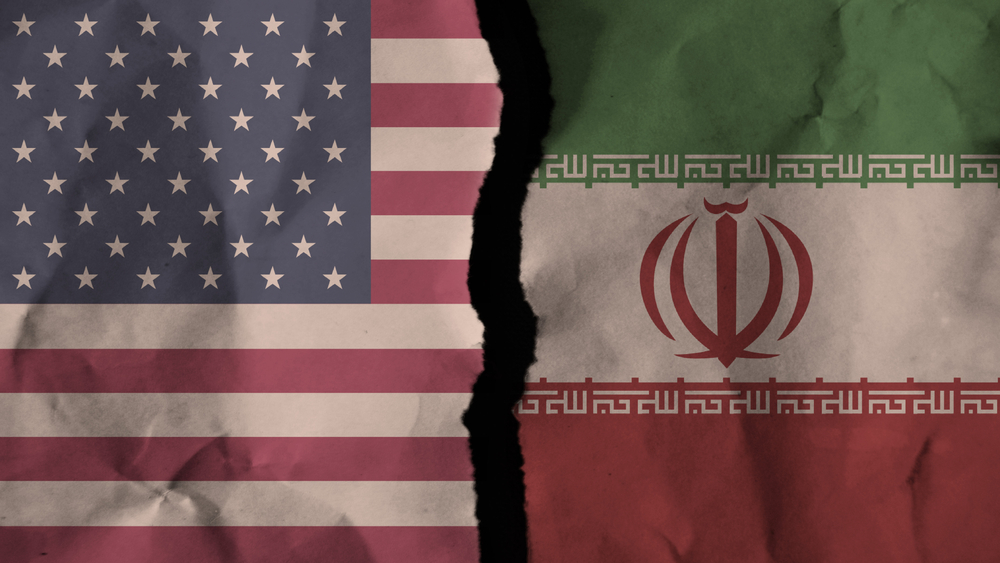 At the core of US president Donald J. Trump’s maximum pressure campaign against Iran lies the belief that Iran can be forced to negotiate terms for the lifting of harsh US economic sanctions even if it has no confidence in US intentions and adherence to agreements.

The Trump administration’s belief, despite the conviction of much of the international community that maximum pressure has failed and risks provoking a devastating all-out war in the Middle East, says much about the president’s transactional approach towards foreign policy that rests on the assumption that bluster, intimidation and the brute wielding of power can protect US interests and impose US will.

Richard Goldberg, an Iran-hawk who this month resigned as the official on the president’s national security council responsible for countering Iranian weapons of mass destruction, signalled in an op-ed in The New York Times, entitled “Trump Has an Iran Strategy. This Is It,” that Mr. Trump attributes no importance to deep-seated Iranian concerns that he is gunning for regime change in Tehran and that building trust is not needed to resolve the Iran crisis.

“The Iranian regime doesn’t need to trust America or Mr. Trump to strike a deal; it just needs to act as a rational actor to avoid collapse,” said Mr. Goldberg, who backed by former national security advisor John Bolton, served for a year in the White House.

Mr. Goldberg appeared to ignore the fact that the US withdrawal 20 months ago from a 2015 international agreement that curbed Iran’s nuclear program sparked doubts not only in Iran but across the globe about the value of a US signature on any agreement.

He also appeared oblivious to the fact that Iranian suspicions were reinforced by alllegations that his salary, while at the White House, was paid by the Foundation for the Defense of Democracies, a hardline Washington-based think tanks that is believed to have close ties to Israel and the United Arab Emirates. So did anecdotes about how his hardline views provoked clashes with other administration officials.

In his op-ed, Mr. Goldberg suggested that any new agreement with Iran could be ratified by the US Senate.

The Trump administration and Mr. Goldberg’s misreading of what it would take to steer the United States and Iran off a road of more than 40 years of deep-seated mutual distrust and animosity and towards the turning of a new page in their relationship was evident in indirect responses to the former national security council official’s assertions.

”Even if one day we negotiate with the US, the talks will not be with Trump, won’t be strategic (no normalization of ties) and will be done only by conservatives not reformists. We need to see changes in the (US) Congress; whether Democrats will pursue a fair policy by which Iran is not under pressure over its missile program,” said a regime insider.

The Trump administration has demanded among other things that Iran curb its ballistic missile program, a core element of the Islamic republic’s defense strategy given that its armed forces lack a credible air force and navy.

Hardliners, who rather than moderates have proven in other Middle Eastern conflicts like the Israeli-Palestinian dispute to be the ones capable of cutting deals, are expected to win next month’s parliamentary elections in Iran. The likelihood of hardline advances was enhanced by the fact that scores of moderates have been barred from running for office.

Iranian reformists argue that the accidental downing of a Ukrainian airliner Iran’s Revolutionary Guards Corps demonstrates the risk of an Iranian strategy that is pre-empted on eternal hostility towards the United States.

Mr. Goldberg offered a rare indication that the Trump administration recognizes Iran’s strategy of gradual escalation that, based on the assumption that neither the United States nor Iran wants an all-out war, aims to bring the two countries to the brink of an armed conflict in the belief that this would break the logjam and force a return to the negotiating table on terms acceptable to Iran.

Noting that Mr. Trump had failed in the past nine months to respond to multiple Iranian provocations, including the downing of a US drone and attacks on tankers off the coast of the United Arab Emirates and on key Saudi oil facilities, Mr. Goldberg asserted that Mr. Trump “recognized those traps for what they were and exercised strategic patience.”

Mr. Trump’s patience ended in December when he responded to the death of an American contractor in an attack by Iranian-backed Iraqi militias and the militias’ siege of the US embassy in Baghdad by first authorizing air strikes against militias bases in Iraq and Syria and then the killing of Iranian general Qassim Soleimani.

Mr. Goldberg would likely describe the president’s decision not to respond to a subsequent Iranian retaliatory attack on housing facilities for US military personnel in Iraq as a renewed act of strategic patience.

Mr. Goldberg pointed to sanctions targeting Iranian state shipping lines that are set to take effect in June, the administration’s recent identification of Iran’s financial sector as a “primary jurisdiction of money-laundering concern,” this month’s imposition of sanctions on its construction, mining and manufacturing sectors, and Europe’s triggering of the nuclear accord’s dispute mechanism that could lead to the return of United Nations-mandated sanctions.

Mr. Goldberg and Mr. Trump’s belief that imminent economic collapse and international political isolation could prompt Iranian leaders to suddenly place a call to the White House turns Mr. Trump’s handling of the Iran crisis into a litmus test of the president’s approach to foreign relations.

There is little in the torturous history of relations between the United States and the Islamic republic that suggests that pressure will persuade Iran, convinced that Washington is gunning for the fall of the regime, to gamble on an unconditional return to the negotiating table.

Nor does North Korea’s failure to succumb to US pressure even if Mr. Trump, in contrast to his remarks about Iranian spiritual leader Ali Khamenei, professed his love for Kim Jong-un.

Mr. Trump’s policy towards Iran, rather than reinforcing Gulf confidence in the United States’ reliability as a guarantor of regional security, has sparked a wait-and-see attitude and nagging doubts about US reliability.

If anything, risky US and Iranian strategies are likely to prove that the crisis can only be defused if both sides garner an understanding of the others’ objectives and some degree of confidence that both parties would remain committed to any agreement they conclude.

So far, US and Iranian policies amount to a dialogue of the deaf that is likely to perpetuate the risk of hostility getting out of hand and incentivize regional players to think about alternative  arrangements that ultimately could weaken US influence and reduce tensions with Iran by including it, despite US policy, in a more multilateral security architecture.