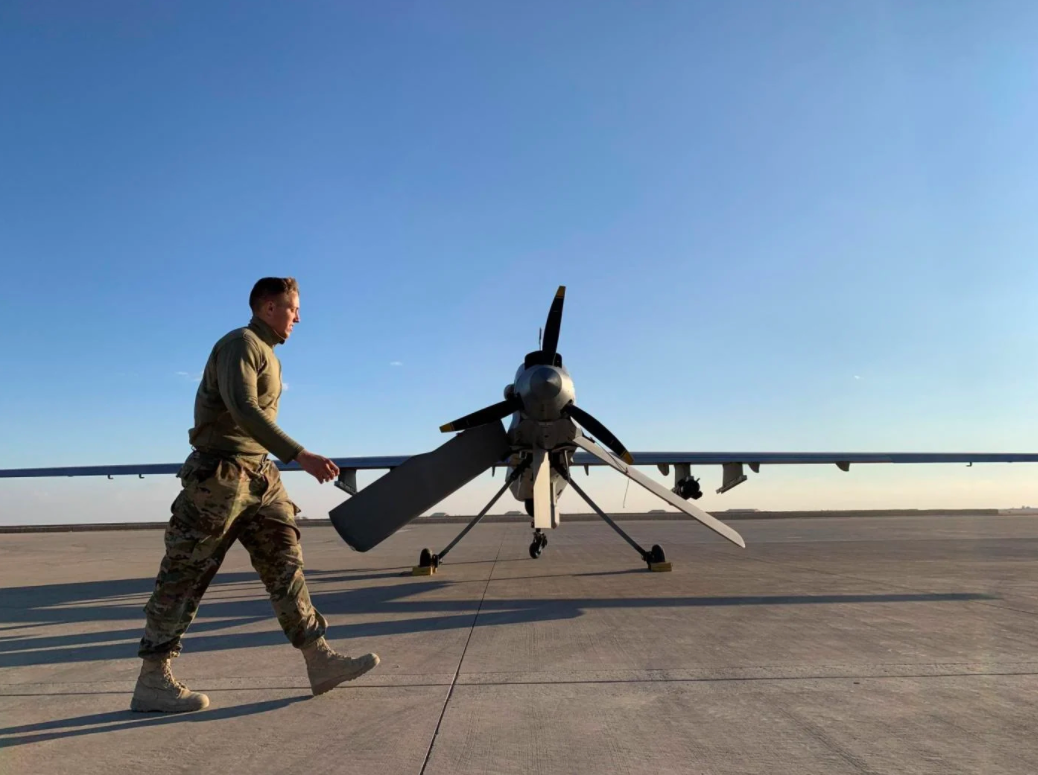 Iran-backed militias’ attacks on US bases

Last week, a rocket attack on U.S.-led forces in northern Iraq killed a civilian contractor on Monday and injured a U.S. service member, the U.S. coalition in Iraq said, in the deadliest such attack in almost a year.

The rockets landed in and around a military air base operated by the coalition at Erbil International Airport.

The coalition spokesman tweeted on Tuesday that the dead contractor was not American, but did not elaborate. He said three 107 mm rockets had landed inside the base.

Of the nine other people hurt, eight were civilian contractors and one a U.S. service member, a coalition spokesman said. A U.S. official who declined to be named said the U.S. serviceman had concussion.

The attack, claimed by a little-known group that some Iraqi officials say has links with Iran, raises tensions as Washington explores some degree of detente with Iran.

The base’s missile system was “engaged in defense of our forces,” said the Pentagon, noting Defense Secretary Lloyd Austin had been briefed and was closely monitoring the situation.

After frantic meetings in Baghdad, Beirut and Tehran, Iranian-backed Iraqi paramilitaries have agreed to stop attacks against US forces in Iraq on the condition that Iraqi Prime Minister Mustafa al-Kadhimi formally demands an American withdrawal, officials and faction commanders told Middle East Eye.

Kadhimi must tell Washington that the pullout has to be completed within 12 months, they added. Sources said it is likely that Kadhimi will comply and make the formal request.

On 1 March, the armed factions announced the end of an unofficial armistice with US forces in Iraq that had largely held since October, despite a few violations.

On 1 March, the armed factions announced the end of an unofficial armistice with US forces in Iraq that had largely held since October, despite a few violations.

Previously, attacks on US troops and their western allies in the anti-Islamic State (IS) group military coalition had been routine, as the paramilitaries sought to push the United States from Iraq.

However, a rocket attack on a military base in Erbil last month prompted the US to launch air strikes on a position just inside the Syrian border occupied by Kataeb Hezbollah, the paramilitary group most hostile to Washington, and Kataeb Sayyid al-Shuhada, a smaller Shia faction.

“The resistance sees confrontation as the only option that guarantees the freedom, dignity of this country after exhausting all the means that others have bet on with the occupation,” the coordinating body for the Iraqi resistance factions said in a statement on Thursday, according to the Iraqi media.

Hailing the recent attacks against the “occupation forces”, the statement added that “the resistance has the legal and national right and popular support for all of that, but will not target diplomatic missions.”

“The Iraqi resistance is an Iraqi decision, and its choice is the choice of the Iraqi people, and it will continue circumstances and sacrifices until Iraq is liberated from the filth of the occupation,” it said.

At the same time, Iran’s Supreme Leader Ayatollah Ali Khamenei has called for the end of the US’ presence in Syria and Iraq.

“The Americans must leave Iraq, which is the will of the Iraqis and their law,” Xinhhua news agency quoted the top leader as saying in a televised address on Thursday.

By “the Iraqis’ law”, Khamenei was referring to a resolution passed on January 5, 2020, by the country’s Parliament requiring the Baghdad government to end the presence of foreign forces.

The resolution was passed two days after Qasem Soleimani, commander of the Quds Force of Iran’s Islamic Revolution Guards Corps, and Abu Mahdi al-Muhandis, deputy chief of Iraq’s paramilitary Hashd Shaabi forces, were killed in an American drone strike near the Baghdad airport on January 3, 2020.

On the other hand, Khamenei slammed the criticism of Iranian presence in Syria, Iraq and other countries in West Asia.

Many experts believe that it is almost certain that Kadhimi will comply with their demands, due to the large influence of the Iran-backed militias in Iraq. However, this could also signal the US’s decreased influence in Iraq.

Kadhimi’s embattled government, which has sought to limit the paramilitaries’ power and been targeted by them in return, has attempted to limit the fallout from such skirmishes and buy time for Washington and Tehran to begin negotiations to resume the 2015 nuclear deal, hoping they will calm the region.

“We also affirmed the work to continue the strategic dialogue between our two countries on the basis of Iraqi national sovereignty,” Al-Kadihimi added.

This renewed interventionist policy in Iraq by Biden could be too little too late as the US is not the influential player it once was in Iraq.

Nevertheless, it remains to be seen how Kadhimi will react.