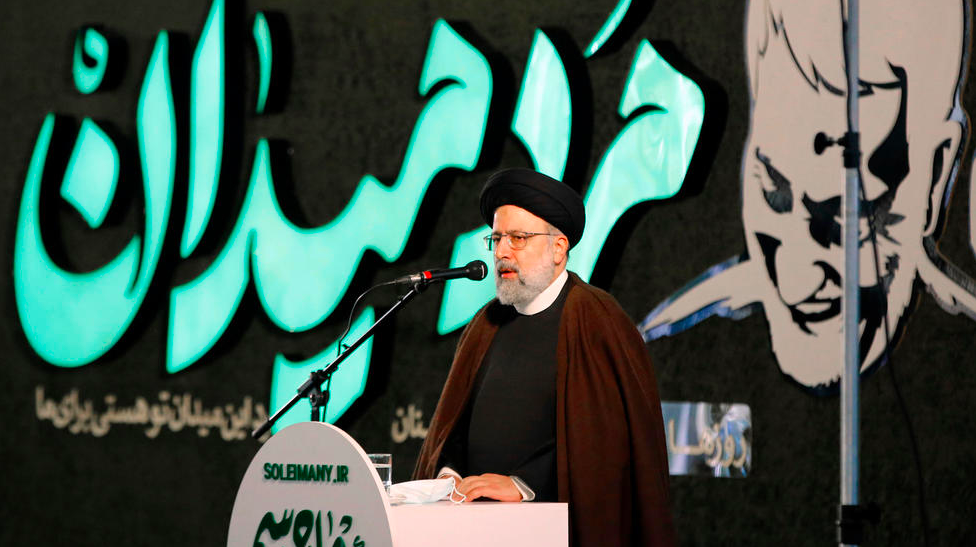 Earlier this year, an American drone attack near the Baghdad airport killed General Qasim Soleimani, the powerful Iranian commander that had a large sphere of influence in Iraq and Syria, being one of the leading figures in the fight against Isis.

He worked closely with Iraqi and Lebanese allies, nurturing proxy forces to form a Shiite axis of power throughout the region. His profile rose amid the fight to prop up President Bashar al-Assad of Syria, and later the fight against the Islamic State.

He had long been designated as a terrorist by the United States and Israel, but many in Iran lauded him as a hero.

The drone strike also killed several officials from Iraqi militias backed by Iran. Among them were Abu Mahdi al-Muhandis, a top commander of the Popular Mobilization Forces, an umbrella group of Iraqi militias, and the group’s public relations chief, Mohammed Ridha Jabri. Mr. al-Muhandis was a lifelong ally of Iran, and he rose to prominence fighting the Islamic State.

American officials have previously blamed General Suleimani for killing hundreds of Americans in the Iraq war by providing Iraqi insurgents with bomb-making equipment and training. They say he was the architect of destabilizing Iranian activities throughout the region aimed at the United States, Israel and Saudi Arabia.

In Iran, the country’s supreme leader, Ayatollah Ali Khamenei, called for “forceful revenge” for the general’s killing, and for three days of national mourning. However, while we have seen various attacks by Iranian forces on US bases in Iraq, the forceful response promised has still not materialized, and the US is constantly on high alert, trying to predict when and how the Iranian response could occur.

The U.S. has seen increasing indications that Iran could be planning an attack against American forces or interests in the Middle East, according to a U.S. official.

The U.S. official, who spoke on condition of anonymity, acknowledged that reading Iran’s intentions was “difficult and at times unpredictable.”

But the indications are being taken seriously, the official said. The one-year anniversary of the U.S.’ killing of top Iranian general Qassem Soleimani is just days away.

This week, the U.S. flew B-52 bombers based at a Minot, North Dakota, Air Force base to the Middle East in a “deliberate appearance,” U.S. Central Command said, in the second such show of force this month.

The U.S. has recently accused what it said was an Iranian-backed militia of a Dec. 20 rocket attack on Baghdad’s green zone, in which 21 rockets were fired. No one was injured or killed.

Javad Zarif, Iran’s foreign minister, in a Tweet on Thursday objected to the B-52 flights and wrote: “Intelligence from Iraq indicate plot to FABRICATE pretext for war.”

On Dec. 23, referring to the rocket attack that damaged the U.S. embassy in the green zone, President Donald Trump had tweeted: “Some friendly health advice to Iran: If one American is killed, I will hold Iran responsible. Think it over.”

The tensions come weeks before president-elect Joe Biden will be sworn in, and the Iranian regime has sent clear signals that it wants U.S. sanctions lifted, something an attack could jeopardize.

Could Iran be preparing to avenge Soleimani’s death?

Meanwhile, there have been strong signals that Iran’s preparations could be linked to revenge for the death of Soleimani earlier this year.

The top commander of Iran’s paramilitary Revolutionary Guard said Friday that his country was fully prepared to respond to any U.S. military pressure, amid heightened tensions between Tehran and Washington in the waning days of President Donald Trump’s administration.

“Today, we have no problem, concern or apprehension toward encountering any powers. We will give our final words to our enemies on the battlefield,” Salami said, without mentioning the U.S. directly. Several top Iranian officials, along with members of Syrian, Palestinian and Lebanese resistance movements and Soleimani’s family, were in attendance.

Soleimani’s replacement, Brig. Gen. Esmail Ghaani, said at the ceremony that Iran was not afraid of confronting “powers,” again without naming the U.S.

The head of Iran’s judiciary, Ebrahim Raisi, said all those who had a role in Soleimani’s killing would not be able to “escape law and justice,” even if they were a U.S. president.

Strategic calculations on both sides have been complicated by the political transition in Washington to President-elect Joe Biden’s administration, which may seek new paths in dealing with Iran.