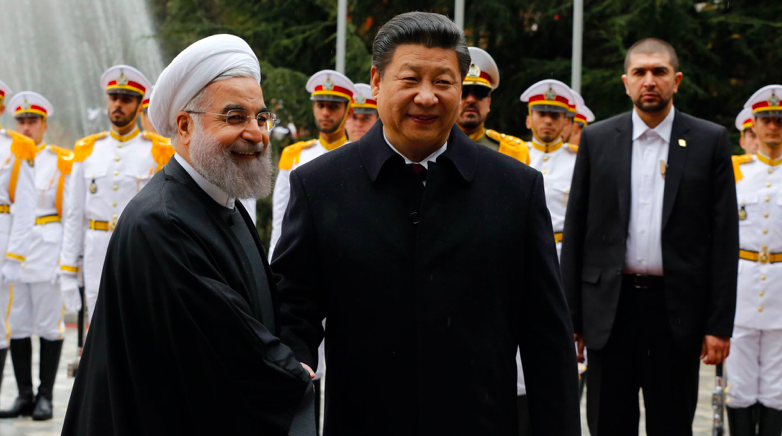 In recent years, Iran and China have been quietly building a strong strategic partnership in response to geopolitical threats from the Gulf and US, as well as to their mutual interest. The 2 nations have varying regional goals, but with similar strategies. It now appears, however, that the partnership and alliance could become official.

Last August, Iran’s Foreign Minister, Mohammad Zarif, paid a visit to his China counterpart, Wang Li, to present a roadmap on a comprehensive 25-year China-Iran strategic partnership that built upon a previous agreement signed in 2016. Many of the key specifics of the updated agreement were not released to the public at the time but were uncovered by Oilprice.com at the time. Now, negotiations have been publicly declared.

Iran’s Foreign Minister Mohammad Zarif, who came under fire over the 2015 nuclear accord that Iranian conservatives had opposed, insisted there was “nothing secret” about the China deal. The nation will be informed “when an accord has been concluded”, he said, adding it had already been made public in January 2016 when Chinese President Xi Jinping visited Tehran.

As mentioned earlier, China and Iran already have warm relations and Beijing may be keen to knit Iran more deeply into its various economic plans at a time when Iran has turned to China and other countries in its struggle against damaging US economic sanctions.

However, there is caution, especially from the Iranian side, as Iranians hope that it won’t be a one way alliance, and Iran will benefit as much as China from it. Ramin Mehmanparast, former Iranian Foreign Ministry spokesman and also a former ambassador to Poland, said in an interview with ILNA published on Sunday that Iran’s foreign policy must have long-term, medium-term, and short-term plans. Explaining about the Iran-China 25-year comprehensive cooperation agreement, which was approved by Iran’s government, Mehmanparast said the details of the issues on this agreement are not yet known “so I can’t talk about it so much.” “Relations with China can also be regulated in such a way that both our interests and China’s long-term interests will be met,” he added.

Iran, Russia and China have already raised suspiciouns that they are already engaged in an arms alliance. Joint military exercises in the Persian Gulf last year and the continued cooperation of Iran and Russia in Syria has fueled this view.

It now appears, that China and Russia will look to solidify this arms alliance, as a member of Expediency Council Hojjatoleslam Gholamreza Mesbahi Moghadam said that Moscow and Beijing will voice their opposition to the extension of Iran arms embargo at UN Security Council. The official went on to say that the extension of arms embargo will also be against the interests of countries such as Russia because Iran can buy arms from this country.

This was confirmed by China. With the UN arms embargo on Iran set to end in October, US attempts to extend it have been met with widespread international criticism. This is taking place during the lowest point in US-China relations in decades, giving Beijing’s views on the situation with Iran an added weight. So far, Beijing has been clear about its intentions, with a spokesperson for the Chinese UN mission tweeting: “US failed to meet its obligations under Resolution 2231 by withdrawing from #JCPOA. It has no right to extend an arms embargo on Iran, let alone to trigger snapback. Maintaining JCPOA is the only right way moving forward.”

Despite these apparent moves by China supporting Iran’s arms industry, critics state that this is not a sign of an alliance forming between te 2 nations. For instance, Esfandyar Batmanghelidj, a frequent commentator on Iranian economic issues, recently wrote, China has steadily been downgrading its economic relations with Iran—in the face of US sanctions, the Iranian relationship is considered more trouble than it’s worth. A report from Chatham House reinforces this, with Chinese respondents describing Iran as “not that relevant to China’s national interest… China is both preoccupied with its trade dispute with the US and at the same time frustrated with Iran… many Chinese businesses do not believe it is worth doing business with Iran, given the difficulties involved.”

It therefore remains to be seen, whether Iran has raised false hopes, or an alliance is being formed. However it can be said clearly that only the arms industry is close in stature to that of an alliance, as a lot remains to develop economic and bilateral relations into an alliance.

Iran and China hope to corner the US

From what we have seen so far, there is evidence to show that China is simply using Iran to counter the US’s geopolitical threat, hence its focus on arms as a cornerstone of its relationship.

Nevertheless, Iran appears ready to take advantage of its common goal with China, limiting US influence and interference in the region. Towards the end of June, in a  meeting in Tehran, speaker of the Iranian Parliament Mohammad-Baqer Qalibaf and China’s Ambassador to Tehran Chang called for closer interaction between Tehran and Beijing in in confrontation with Washington’s unilateral policies.

Decrying the US’ unilateralism in the contemporary world as a serious threat to international peace and security, the Iranian Parliament speaker stressed the need for regional and international cooperation to deal with the White House’s ill-advised measures. “Today, the world countries, including Tehran and Beijing, are faced with the US’ arrogant nature and unilateralism and their adverse effects on the rights of nations at the national, regional and international levels,” the top Iranian lawmaker said.

Qalibaf also strongly condemned foreign interference in the internal affairs of China. “We have repeatedly witnessed the Trump administration’s interference against the sovereignty and independence of countries, including Iran and China, and a series of international issues, such as the environment and destructive weapons,” the Iranian speaker noted.

On the other side, a Chinese envoy last week asked the United States to stop its illegal unilateral sanctions on Iran, and voiced opposition to a U.S. push for an extension of the UN arms embargo against Iran.

It is therefore clear, that this ‘strategic alliance’ that is forming between Iran and China is not one of direct will in cooperation, but one of common interests, specifically centered around ending the US’s interference and hindrance of both nations.