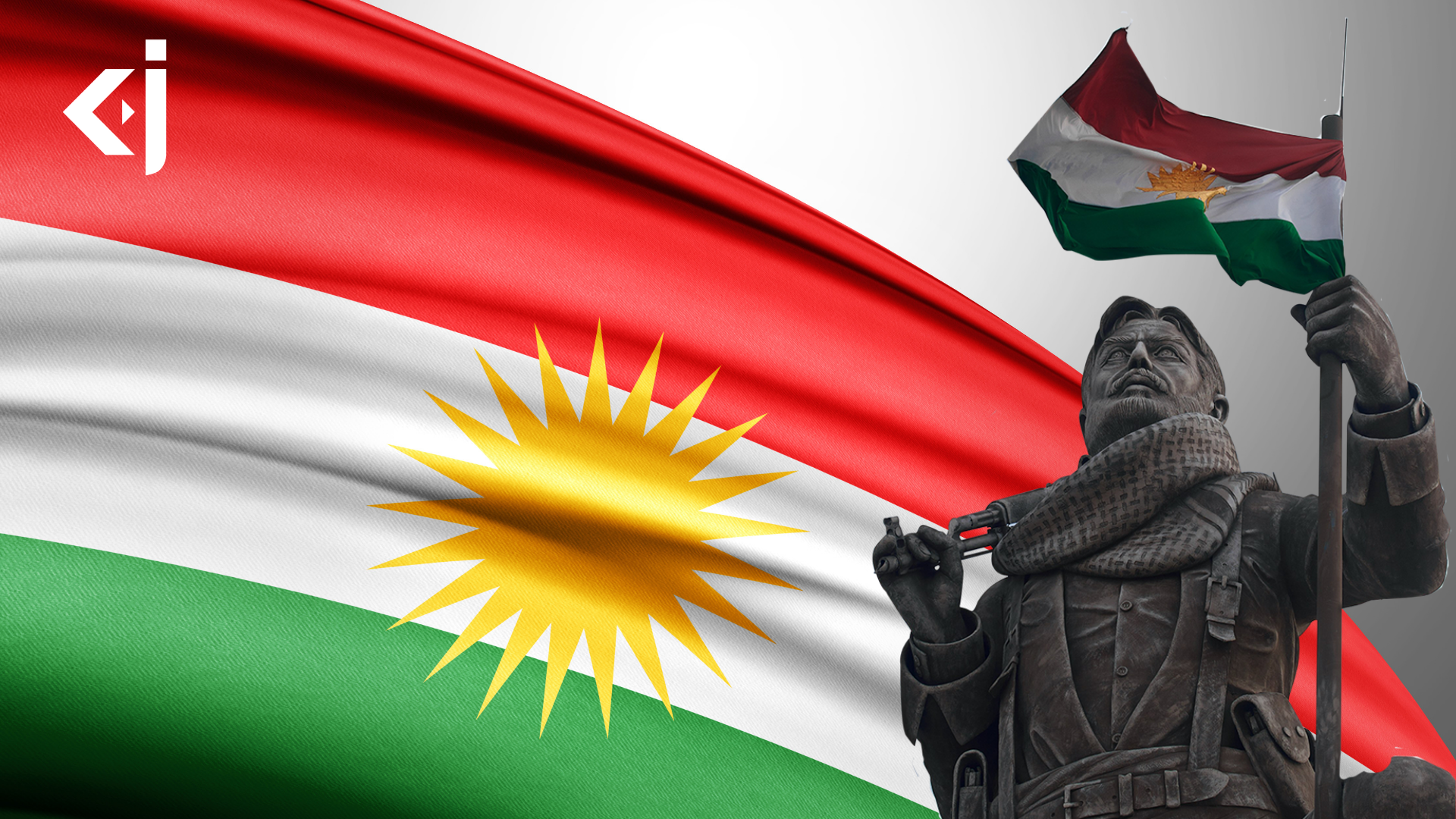 Western powers, as well as key regional players in the Middle East, are traditionally using Kurds as an instrument for achieving their own geopolitical goals. Still, the vast majority of roughly 40 million Kurdish population never gave up the idea of creating an independent Kurdistan. At this point, however, the best the Kurds can get is some sort of autonomy in Northern Syria, while in Iraq, where they have their own autonomous region, they will have to make all efforts to preserve the status quo.

The Loss of Kirkuk and Afrin

The partition and dismantling of four relatively sovereign states – Iraq, Syria, Turkey, and Iran – is the only way for Kurds to create the so called Greater Kurdistan. In spite of the ongoing civil war in Syria, and the chaos that Iraq’s been facing since the beginning of the US occupation in 2003, Kurds were not able to achieve their goals. Both, in Syria and in Iraq, Kurdish leaders waited for central governments to collapse under the strain of civil war while strengthening their forces with the help of Western weaponry. That strategy failed.

In September 2017, shortly after defeating the Islamic State, Iraqi Kurds held a referendum in which 93 percent of population voted for independence of the Iraqi Kurdistan region. The referendum let to a military conflict with the Iraqi government and military forces, in which the Kurdistan Regional Government lost almost 40 percent of its territory, as well as its main source of revenue – the Kirkuk oil fields. Consequently, the Iraqi Kurds became even more dependent on Baghdad.

The Iraqi government’s seizure of the oil fields around Kirkuk may represent a larger blow to the Kurds’ aspirations than the loss of the city itself. The oil is critical to their independence bid, as it provides a revenue stream that gives them economic leverage with their neighbors. Losing control over those fields means having to revert to an earlier era when they were dependent on Baghdad for income from Iraq’s much larger southern fields.

The Kurds in Syria have taken advantage of a weakened central state, and during the civil war their militia – People’s Protection Units (YPG) – has managed to establish control over the Kurdish inhabited areas in the north of the country. However, in 2018 Turkish-led forces captured the northern Syrian town of Afrin, driving out Kurdish fighters. Presently, the Kurds are facing Turkish threats to invade Manbij and other areas close to Turkish border. The YPG and the political leaders of the Syrian Kurds are relying on the US help, hoping that the American occupation troops in Syria will prevent Turkish army from attacking Kurdish positions. However, the US alliance with the Syrian Kurds is even less stable than Washington’s partnership with the Kurds in northern Iraq, and it’s unlikely that the US forces will protect Kurds in case of Turkish aggression.

Roles of America, Russia and Israel

The United States doesn’t want the Kurds to succeed in gaining their statehood, as they have proven a powerful pawn for Washington to maintain its regional influence in the Middle East. Kurds have realized that those in the West who backed them in war against ISIS in Syria, and previously against Saddam Hussein in Iraq, have deserted them at the end. Shortly after the battle for Kobane in 2014 and 2015, there was a prevailing narrative in western media suggesting that the Kurds should be rewarded with their long awaited independence, as they heroically fought against evil ISIS. Such reward never came, and many Kurds felt used and abused by the Western powers who made them do the bloody and dirty job.

Many Kurds also feel betrayed by Russia. In January 2018 the Turkish Armed Forces launched operation “Olive Branch” against the Kurdish forces in Afrin, an area controlled by Kurdish People’s Protection Units (YPG). Turks could not have started their operation without the consent of Russia because the Russian military at the time controlled the airspace over Afrin. In order to accommodate Turkey’s interests, Russia was compelled to put aside the interests of Kurds in Northern Syria. Russia requested from Kurds to hand over Afrin to Syrian President Bashar Assad in order to prevent the Turkish military offensive. However, the Afrin administration refused to obey the dictates of the Kremlin. Consequently, when the proposal was rejected, Russia troops withdrew from the region, and Tukish army and its Arab proxies captured Afrin.

Russia and the US are not the only countries that used the Kurds for their own geopolitical interests. According to some analysts, Israel used the Kurds to tie down the Arab armies in Iraq, which worked well in Arab-Israeli wars of 1967 and 1973. There is a widespread belief that Israel has maintained discreet military, intelligence and business ties with the Kurds since the 1960s, seeing in the minority ethnic group a buffer against shared Arab adversaries. Also, many believe that the Israeli Defence Forces and the Mossad have played a role helping Kurdish security forces.

Israel is the only regional country that openly supports creation of Kurdistan, and it has been allied with certain factions of Kurds for a long time. In 2014 the Israeli prime minister Benjamin Netanyahu, has voiced support for Kurdish statehood. He called for the establishment of an independent Kurdistan as part of a broader alliance with moderate forces across the region. However, an independent Kurdistan is still far from reality.

While the governments in Ankara, Damascus, Baghdad and Tehran are all staying highly vigilant against Kurdish independence movements on their own soil for fear that other ethnic minorities might follow suit, they have actually been secretly supporting Kurdish separatism in one another’s territories over the years. During the Iran-Iraq war back in the 1980s, both Baghdad and Tehran were working aggressively to try to win over each other’s Kurdish population, but at the same time keeping a close eye on their own indigenous Kurds in order to prevent them from staging uprisings.

While Turkey has been mounting an all-out offensive against Kurdish militias in Syria, it has reached some sort of an unspoken agreement with the Kurdish Peshmerga forces in northern Iraq. Turkey has several military bases in the Iraqi Kurdistan, and relatively good relations with Kurdistan Regional Government. On the other hand, Turkish military is fiercely fighting against the Kurdistan Workers’ Party (PKK) both in Turkey and in Iraq, while the Iraqi Kurdistan leadership is turning a blind eye.

Apart from collaboration with Turkey, the two main Kurdish parties in the Iraqi Kurdistan – the Kurdistan Democratic Party (KDP) and the Patriotic Union of Kurdistan (PUK) – remain at odds. Despite the unified Kurdistan Regional Government, each party controls a separate zone. The KDP-PUK split deepened and has led to a territorial division within Iraqi Kurdistan. According to some observers, entering KDP-controlled Erbil from PUK-controlled Sulaimaniya now feels like crossing a border.

Whenever an independent Kurdish state is likely to become a reality, the four Middle East powers – Iran, Iraq, Syria, and Turkey – will immediately join forces to curb it. Potential Kurdistan would also be geographically vulnerable, as it would be a land-locked country surrounded by enemy states. Apart from that, at this point no major global power seems interested in the Kurdistan project. Therefore, Kurds will, most likely, not get their independence state in the foreseeable future.

In case of a major war between Iran and the US, Iranian Kurds can expect to be used by the West against Iranian forces. At the end of the potential conflict, after the regime change, the best that they can get would be an autonomy within new Iran. In Turkey, the PKK might keep fighting for autonomy for years and even decades, but its fight will unlikely be successful.

In the meantime, the Kurds will remain a very diverse group of people that have not much in common other than the region they are living in. As they are very divided in terms of culture, politics and ideology, foreign powers will likely keep playing on that card and will keep using Kurds merely as an instrument in the future divide and rule games in the Middle East.