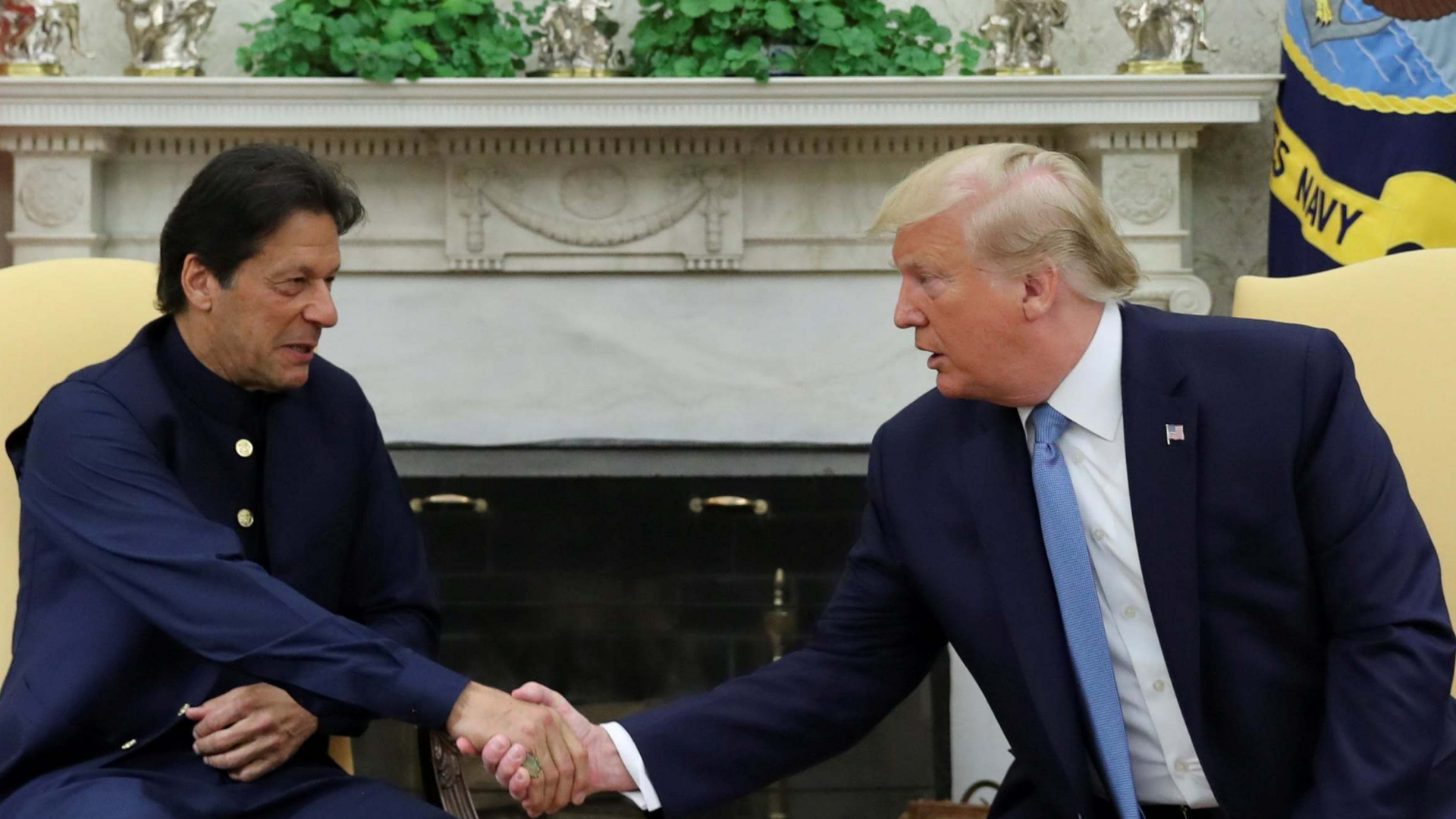 Trump and Khan met in July 2019 at the White House

Trump and Khan met in July 2019 at the White House

1. Trump’s lack of respect for Pakistan

Upon Pakistani PM Imran Khan’s arrival in the US, No US official from the Trump administration was present to greet and receive him. Khan did not receive the state protocol given to heads of the government who arrive on an official trip to the U.S.  PM Khan took the bus to the airport terminal and was instead welcomed at the airport by his foreign Minister Shah Mehmood Qureshi. The Trump administration did not give a reason for this absence, however, it is clear, that it was a signal from Trump that he was not happy with the way in which Khan has been dealing with the situation in Afghanistan. Furthermore, it is a signal of the weak relations Pakistan and the US have developed and demonstrates Iman Khan’s attempt to repair the relationship as soon as possible.

During the meeting between President Trump and PM Khan which took place at the White House, Trump said that Pakistan was helping the US to “extricate” its troops from Afghanistan, through political negotiations. Prime Minister Khan displayed his agreement and acknowledgement of this, saying: “There is no military solution in Afghanistan. If you go all-out military, millions and millions of people will die.” However, Trump also attempted to pressure Imran Khan to convince the Taliban to strike a peace deal with the Afghan government to avoid unnecessary violence, stating that “We’re like policemen. We’re not fighting a war. If we wanted to fight a war in Afghanistan and win it, I could win that war in a week. But I don’t want to kill 10 million people. Afghanistan could be wiped off the face of the Earth. I don’t want to go that route.” Nevertheless, the comments from Trump and Khan display a willingness to work together to resolve the conflict in Afghanistan as soon as possible.

3. Trump agrees to act as a mediator in Kashmir

The Kashmir dispute was inevitably brought up in the meeting between Trump and Khan in the oval office, Khan asked for US mediation in Pakistan’s dispute with India over Kashmir. The US president said the Indian prime minister, Narendra Modi, had made a similar request. Trump appeared to accept this proposal, saying, “If I can help, I would love to be a mediator, it is impossible to believe that two incredible countries who are very, very smart with very smart leadership can’t solve a problem like that. If you would want me to mediate or arbitrate. I would be willing to do it.”, to which, Prime Minister Khan replied, “You will have the prayers of over a billion people if you can mediate or resolve this issue.” This is another positive signal from Trump, showing a willingness to resolve a conflict that the US is not directly involved in.

4. India not on board

Despite Trump claiming that Narendra Modi had also made a request to mediate the Kashmir conflict, Indian officials have denied these claims. Raveesh Kumar, a spokesman for India’s Ministry of External Affairs, tweeted late Monday that “no such request has been made” by Indian Prime Minister Narendra Modi. Kumar also reiterated that the territorial dispute needs to be resolved bilaterally between India and Pakistan, who have been bitter rivals for decades. From this denial, it appears that either Trump was mistaken, or India is now backtracking after the US began a dialogue with Pakistan.

5. Khan under pressure to improve ties with the US

Imran Khan is dealing with a crippling Pakistani economy that is on the brink of collapse and has recently had to resort to a several billion loans from the IMF. In fact, in addition to his meeting with Trump, is also scheduled to meet IMF acting chief David Lipton and World Bank President David Malpass in the US. It is clear that Khan believes that strengthening ties with the US, and possibly developing a stable economic partnership would be a huge boost in his hopes of saving the Pakistani economy from collapse. Whether Trump is open to such cooperation is yet to be determined.