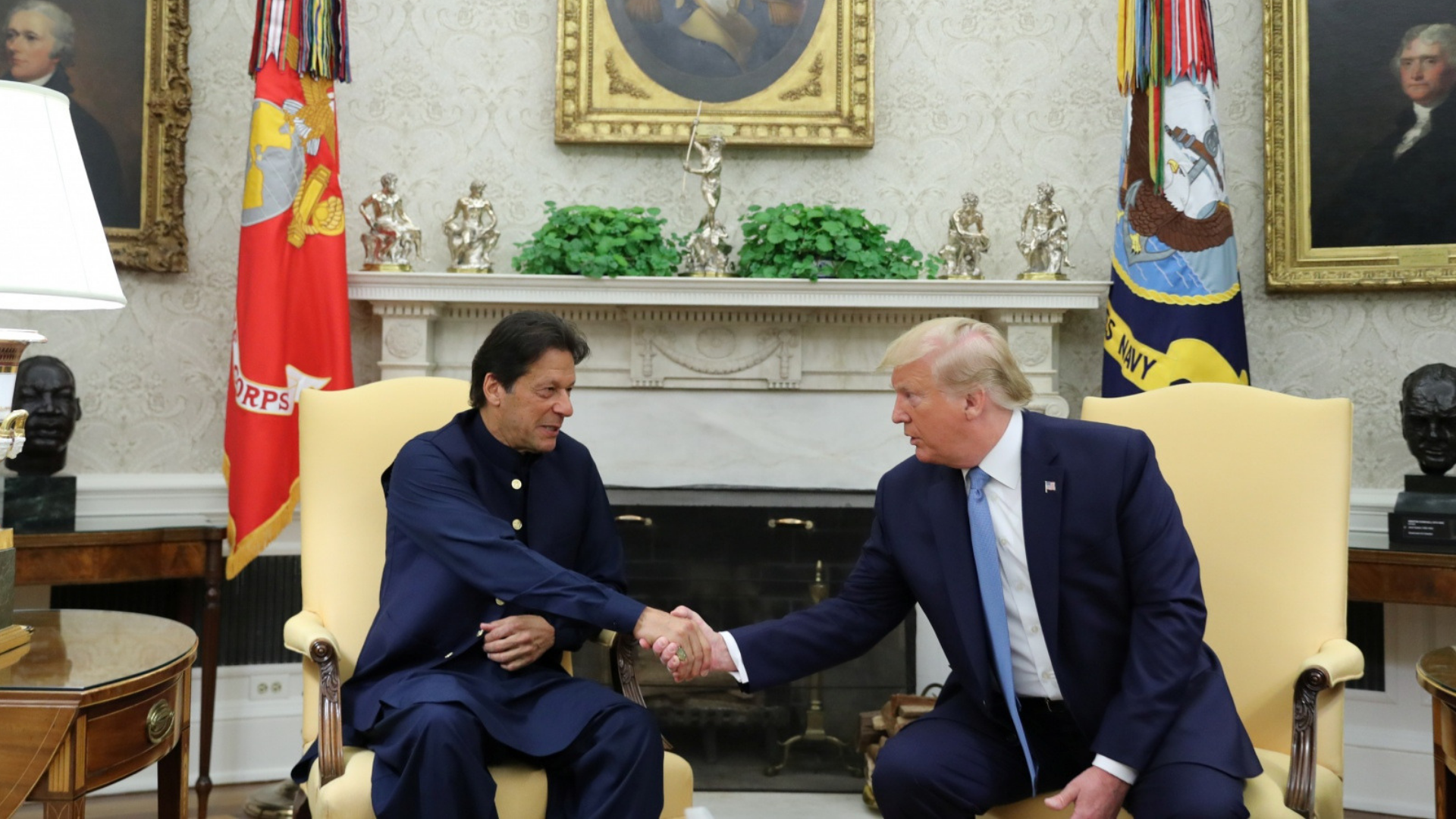 Pakistani Prime Minister Imran Khan has had a meeting with US President Donald Trump in person for the first time, after Khan’s arrival in the US in the last days. The meeting was arranged in an attempt to improve US-Pakistani relations that have not been very strong as a result of different stances and positions in the Afghan War.

During the meeting which took place at the White House, Trump said that Pakistan was helping the US to “extricate” its troops from Afghanistan, through political negotiations. Prime Minister Khan displayed his agreement and acknowledgement of this, saying: “There is no military solution in Afghanistan. If you go all-out military, millions and millions of people will die.”

President Trump added that before Mr Khan came into office, the country had been “subversive” to US interests and “did not respect US leadership”.  However, Trump also attempted to pressure Imran Khan to convince the Taliban to strike a peace deal with the Afghan government to avoid unnecessary violence, stating that “We’re like policemen. We’re not fighting a war. If we wanted to fight a war in Afghanistan and win it, I could win that war in a week. But I don’t want to kill 10 million people. Afghanistan could be wiped off the face of the Earth. I don’t want to go that route.”

Another topic brought up in the meeting between Trump and Khan in the Oval Office was the dispute over Kashmir. Khan asked for US mediation in Pakistan’s dispute with India over Kashmir. The US president said the Indian prime minister, Narendra Modi, had made a similar request.

Trump appeared to accept this proposal, saying, “If I can help, I would love to be a mediator, it is impossible to believe that two incredible countries who are very, very smart with very smart leadership can’t solve a problem like that. If you would want me to mediate or arbitrate. I would be willing to do it.”, to which, Prime Minister Khan replied, “You will have the prayers of over a billion people if you can mediate or resolve this issue.”

The Indian government, however, has denied ever making such a request. The two leaders are also expected to discuss economic ties, including trade and investment. This is because Khan is trying to avoid an economic crisis, having recently taken a loan from the IMF.

Since Imran Khan took office last year, he has called for the strengthening of ties between the US and Pakistan and displayed his intentions to develop a mutually beneficial relationship. However, Khan has also consistently criticised the US tactics against terrorism, including drone strikes.

Trump also reduced security aid to Pakistan early last year, accusing the country of “lies and deceit”. The main issue surrounding the tensions between the nations is the Afghan conflict as the Trump administration is trying to negotiate its military withdrawal from Afghanistan with the Taliban, a militant group it has long accused Pakistan of supporting.

The latest meeting between prime minister Khan and president Trump provides Pakistan’s desperation of strengthening the recently unstable and unpredictable US-Pakistani relationship. Trump showed his willingness to work with Khan to resolve the Afghan conflict, as well as accepting his proposal of acting as a mediator in the Kashmir conflict. However, it remains to be seen whether President Trump, as well as Imran Khan, will fulfil their promises.