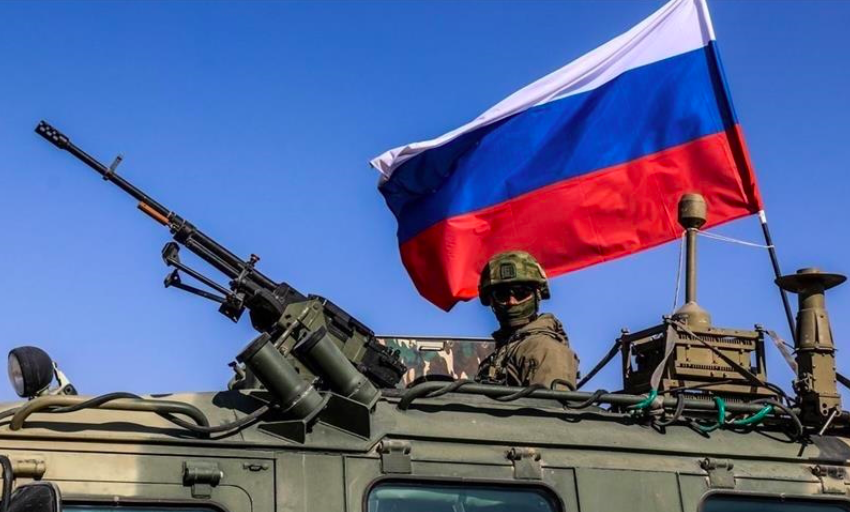 Both Russia and Ukraine are among the top 10 wheat-exporting countries in the world, and the main exporters of wheat to the Middle East. Russia’s invasion of Ukraine, which commenced on the 24th of February has forced both Russia and Ukraine to switch into a war-time economy, and as a result, wheat that what meant for export was said to be kept in reserves for domestic use instead. The Middle East’s biggest wheat importer is Egypt. With a population of more than 100 million, Egypt is one of the biggest wheat importers in the world.

Egypt typically receives 80% of its wheat from Russia and Ukraine, and the war has prompted authorities to act. On March 12, the Egyptian government banned exports of green wheat as well as cooking oil and corn.

Egypt is also working to import wheat from alternative countries, including the United States, Kazakhstan, France and Romania, Hagar Hosny reported for Al-Monitor.

Egypt’s wheat market and trade regime is largely controlled by government agencies. The General Authority for Supply Commodities, operating under the Ministry of Supply and Internal Trade, usually handles about half of the total wheat imported, while private trading companies handle the other half.

Last week, an Egyptian minister said the country will have eight months worth of wheat reserves following the local harvest in April.

The pending arrival of Ukrainian wheat to Egypt demonstrates that the war-torn country can still fulfill some exports. Ukraine also sent a wheat shipment to Lebanon last week.

Lebanon, which gets 80% of its wheat from Ukraine, is also seeking alternative wheat sources amid the war. The Gaza Strip also imports flour from Russia and Ukraine.

Government agencies are already feeling the impact of the war, which has led to recent cancellation of tenders due to lack of offers, in particular from Ukraine and Russia.

Still, there is no fear of shortage in the coming weeks. In early February, Egyptian MoSit Minister Aly Moselhy said that the country held sufficient inventory to cover five months of consumption. But the outlook beyond that is less clear.

With the abrupt closure of Ukraine ports and current maritime trade in the Black Sea – wheat is transported across the Black Sea – Egypt will have to find new suppliers if Ukraine is unable to export wheat this year and if sanctions against Russia impede food trade indirectly.

The two scenarios where Russia and Ukraine’s wheat exports could be threatened is from the Ukrainian side if Russia captures Odessa and closes naval access to Ukrainian exports through the Black Sea, and the second if Russia suffers major sanctions on its wheat production. Despite plans for accelerated diversification in the near future, this would be catastrophic for countries like Egypt, and its sizable population.

Russia has walked back from demands relating to the Iran nuclear deal and accepted narrower protections, clearing the way for the US and the Islamic Republic to continue negotiations in Vienna aimed at reviving the 2015 agreement, experts say.

Earlier this month, Russia was accused of trying to take the nuclear deal hostage as part of its wider battle with the west following its invasion of Ukraine.

Moscow threw a last-minute spanner into plans for an agreement to lift US sanctions on Tehran, saying it needed “a clear answer that the new sanctions will not affect its rights under the nuclear deal”.

But on Tuesday, Russian Foreign Minister Sergei Lavrov made remarks which suggested the Kremlin was not standing in the way of the accord.

After a meeting with his Iranian counterpart, Hossein Amir-Abdollahian, Lavrov said Moscow had received “written guarantees” from Washington that US sanctions would not affect its nuclear supply agreements and cooperation with Iran in line with the nuclear deal.

Citing a senior western diplomat, the Wall Street Journal reported that Russia’s chief nuclear negotiator informed the EU it would accept narrower guarantees if it meant Moscow could carry out nuclear work with Iran under the 2015 agreement.

Barbara Slavin, the director of the Future of Iran Initiative at the Atlantic Council, told Middle East Eye that “basically, the Russians caved”.

“What we’ve seen is the Russians have climbed down from Lavrov’s demand a week or so ago that they had to have a free hand in trading with Iran,” Slavin said.

Naysan Rafati, a senior analyst for Iran at the International Crisis Group, told MEE that events over the past few weeks had shown there were still “a lot of twists” as part of the attempts to revive the accord.

“If the Russians have formally gone back to the prior position, which is more specific to nuclear related projects, then it would seem to remove one of the hurdles that has come up,” Rafati said.

With the Russians backpedalling on their demands, Moscow will likely return to its original role under the 2015 nuclear agreement, known officially as the Joint Comprehensive Plan of Action (JCPOA).

This includes being a part of the Joint Commission which will agree on a new framework for the deal. Moscow is also likely to be involved in the more practical sides of the deal, including engagement in civil nuclear cooperation projects with Iran.Under the 2015 agreement, Moscow also took 11 tonnes of excess uranium stockpiles from Iran that exceeded its cap of 300 kilograms.

However, Russia’s trade relations are unlikely to escape the west’s wide-ranging sanctions following its invasion of Ukraine, which have essentially cut it off from the global banking system and caused the Ruble to fall by more than 40 percent.

US Secretary of State Antony Blinken said on Wednesday that the sanctions on Moscow could only be removed with an “irreversible” Russian withdrawal from Ukraine.

The State Department told MEE on Tuesday that the US “would of course not sanction Russian participation in nuclear projects” as a part of the nuclear deal, but added that it “cannot provide assurances beyond that”.

The next step in the nuclear negotiations, which Rafati described as being “one step forward, one step back”, is to hammer out the remaining areas of disagreement between Washington and Tehran.

Hours after Russia launched its invasion of Ukraine on February 24, Russian President Vladimir Putin called his Iranian counterpart Ebrahim Raisi to inform him about Russia’s “special military operation.” During the call, Raisi expressed Iran’s understanding of Russia’s security concerns and affirmed the country’s contention that “NATO expansion is a serious threat to the security and stability of independent nations.”

To an extent, Iran’s support for Russian actions reflects the improvement in bilateral ties, which have grown considerably at the political and military levels over the past decade. Russian and Iranian cooperation in the Syrian Civil War—though not without problems—when combined with their mutual antipathy towards the West, has led to greater coordination on overlapping goals and interests. Iran’s response to the Russian invasion of a sovereign state stands out in its particularly pronounced pro-Russian stance—a contrast to Moscow’s traditional allies, such as Kazakhstan.

Gulf shift to the East

The main geopolitical shift that Russia’s invasion of Ukraine has highlighted is the Gulf’s shift away from the US in recent years. The UAE in recent years has been strengthening its ties with China and Russia in both geopolitical and economic spheres. The UAE’s foreign policy is not aligned solely with the US and the West as it used to be, although the former still hold important influence on the Gulf state, but visibly not enough to get them on board in alliance-testing conflicts like Russia’s invasion of Ukraine.

President Joe Biden wants Saudi Arabia to pump more oil, to alleviate global supply concerns amid sanctions on Russia. But the U.S.-Saudi relationship has grown so strained that Crown Prince Mohammed Bin Salman is refusing to take Biden’s call. Now, the kingdom has turned its attention toward another buyer: China.

Saudi Arabia and the UAE’s relations with the Biden administration remain strained – especially as they believe the US did not support them sufficiently over recent Houthi attacks on their territories. This has affected how they have responded to the Russian invasion of Ukraine. The UAE, for example, abstained from voting on a draft resolution condemning the invasion at the UNSC on February 25.

With U.S-Saudi relations at a low point, MbS has responded by strengthening ties with Russia and China, even though the kingdom still has close security ties with Washington.

McGurk and other U.S. officials met senior Saudi officials on Tuesday, pressing them to pump more oil and find a political solution to end the war in Yemen, where Saudi-led forces are battling the Iran-backed Houthi group, two sources said.

“You would be wrong if you think Washington would give up on these two files,” one of the two sources, who is familiar with the discussions, told Reuters.

A senior U.S. administration official said McGurk was in the Middle East “discussing a wide range of issues, including Yemen”, but declined to elaborate.

The Saudis and Emiratis have re-adjusted their positions in recent days (on March 2, for example, the UAE voted in favour of a UNGA resolution denouncing the invasion) and begun to talk with both Russian and Ukrainian leaders and to call for de-escalation. However, Riyadh will most likely not concede much to Washington on this issue before Biden actively engages Crown Prince Mohammed bin Salman beyond merely requesting that he increase his country’s oil production. The Emiratis, for their part, have been distancing their foreign policy from Washington since the Biden administration embarked on a rapprochement with their arch regional rival, Qatar. They would also likely require more engagement and alignment of interests to move towards the US side.

Much of the trajectory of the Gulf’s ties with the US, and its position in the increasingly multilateral world order, will depend on Russia’s fortunes in its war on Ukraine, and the extent to which sanctions will be imposed on the former, especially those that would impact and prevent Russia’s trade with Saudi Arabia or the UAE. For now, Russia’s invasion has highlighted the depth of its ties with Saudi Arabia and especially the UAE, the large extent to which US ties with the two kingdoms has cooled off, and Saudi Arabia’s willingness to openly shift towards China at the US’s expense, something which the UAE has shown hints of as well. The next months will be crucial in determining if these trends continue.