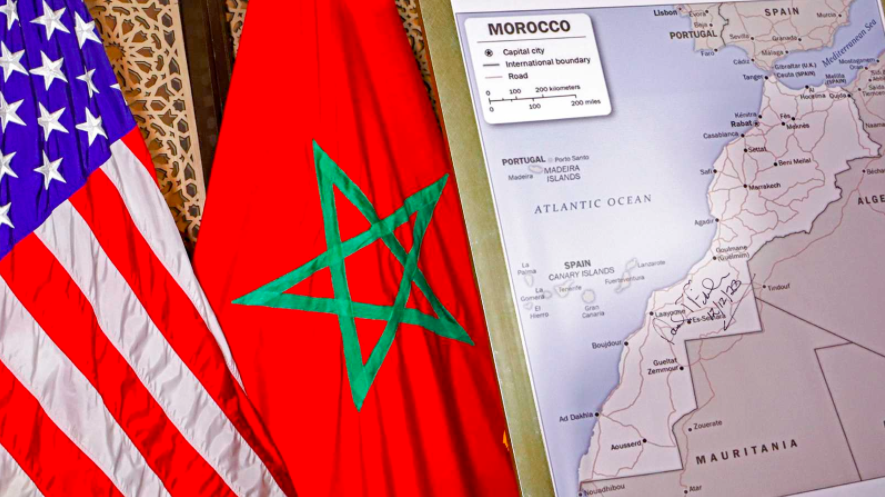 Morocco has become the latest Arab League country to agree to normalise relations with Israel in a deal brokered with US help. As part of the deal, the US has agreed to recognise Morocco’s claim over the disputed Western Sahara region.

It is the subject of a dispute between Morocco and the Algeria-backed Polisario Front, which has been seeking to establish an independent state. Morocco is the fourth state to make such a deal with Israel since August.

Agreements have also been struck recently with the United Arab Emirates, Bahrain and Sudan. Along with Egypt and Jordan, Morocco becomes the sixth Arab League member to normalise ties with Israel.

Adding to the significance of the occasion was that the official declaration followed the first commercial flight between the two countries.

US Senior Advisor Jared Kushner, who recently led the US-Israel delegation to Morocco that officialized the agreement, has hailed Morocco as a reliable and vital US ally. Speaking during his recent visit to Morocco, Jared Kushner said he was “particularly grateful to His Majesty King Mohammed VI for his visionary leadership, which places Morocco and the entire region on a very promising trajectory.”

Between concerns expressed by the African Union (AU), Algerian-backed Polisario, Morocco, and various Western nations, any discussion around Western Sahara has effectively come to halt. In this context of stagnation and lingering uncertainty, the US-Morocco deal brings a new spark that will revitalise discussions over the status of Western Sahara.

Moroccan neighbour Algeria has reacted negatively to the normalization deal, ruling out prospects that it could be next in line after Morocco.

Algeria’s prime minister on Saturday criticized “foreign manoeuvres” he said were aimed at destabilizing it, after Washington recognized Morocco’s sovereignty over Western Sahara in exchange for Rabat normalizing ties with Israel.

Algeria, Morocco’s neighbour and regional rival, is the key foreign backer of the Polisario Front, which has campaigned for independence for Western Sahara since the 1970s.

“There are foreign manoeuvres which aim to destabilize Algeria,” Prime Minister Abdelaziz Djerad said, in Algeria’s first reaction to the US decision.

“There is now a desire by the Zionist entity to come closer to our borders,” he added, in reference to Israel.

“We are seeing today at our borders… wars and instability around Algeria,” Djerad said, in a speech to mark the anniversary of demonstrations against French colonial rule.

The Sahrawi Arab Democratic Republic (SADR), which Polisario leaders proclaimed in 1976, is a member of the African Union but controls just 20 per cent of the territory, mostly empty desert. The territory’s main sources of revenue — its phosphate deposits and rich Atlantic fisheries — are all in Moroccan hands. As a result, the Polisario is heavily dependent on support from Algeria, where it operates rear-bases and runs camps for tens of thousands of Sahrawi refugees. For the Polisario, Algeria’s support would be essential for any return to major fighting.

The Algerian Foreign Ministry said Saturday that the US decision “has no legal effect because it contradicts UN resolutions, especially UN Security Council resolutions on Western Sahara.”

“The proclamation would undermine the de-escalation efforts made at all levels in order to pave the way for launching a real political process,” the ministry said in a statement.

Will this push Algeria closer to Turkey?

As Algeria increasingly feels threatened by Israel, and possibly even surrounded due to the age-old normalization of ties with Egypt, and now Morrocco, the North African nation could step up its strategic ties with Turkey on an economic and even military front, and in fact, it has been doing so in recent years, to an increasing alignment of strategic interests, despite some major differences.

The outbreak of Covid-19 posed a challenge for survival for both states. The impact of the virus on the international and regional environment pushed both states to implement their strategic and economic agreements.

The Algeria-Turkey relationship could develop even further in the coming years, accelerated by the external threats to Algeria, now coming from Morocco and Israel, as well as the potential it has. Turkey can provide Algeria with military weapons of the latest technology, just like it is starting to do with Tunisia, and Algeria could, in turn, be a guaranteed supplier of oil and gas.

Relations have in fact been developing in recent years. Turkey has become the third-largest importer of Algerian products, and the two countries aim to boost trade to 4.1 billion euros ($5 billion) a year. In other outreach, Turkey helped in recent years with the restoration of the Ottoman-era Ketchaoua Mosque in Algiers. Turkish imports to the Maghreb region have risen sharply, especially “Made in Turkey” textiles that squeeze out locally made goods.

“The Turks have flooded the textile market and killed many Moroccan brands,” said one manufacturer in the kingdom, which in October revised a 2006 free trade deal.

Turkey has been critical of Israel’s policies towards Palestine in recent years, as well as several Arab states’ normalization of ties with the state, it could therefore provide a counterweight to increasing Israeli influence in North Africa by expanding ties with Algeria.