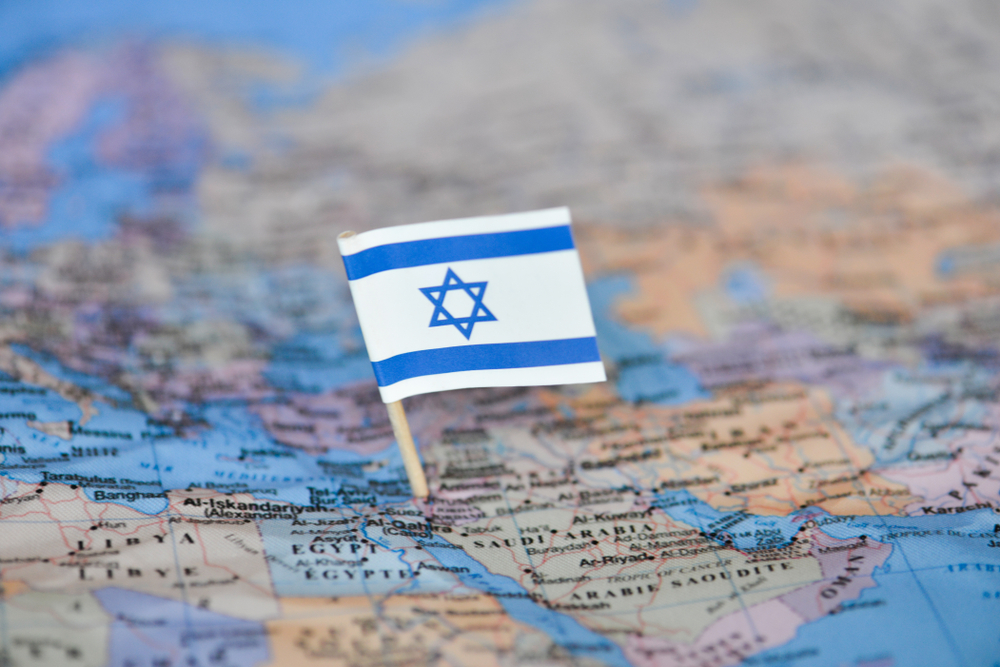 Map with flag of Israel

Map with flag of Israel

The importance of Saudi Arabia and Egypt

Israel’s strengthening relationship with Saudi Arabia has built the basis for establishing behind the scenes relations with other Gulf nations, and the arab world as a whole. Saudi Arabia, along with Egypt are the leading geopolitical figures in the Arab world, and their foreign policy often acts as a reference point that surrounding nations are expected to use to navigate their own ties.

Two of the main reasons for warming relations are first, a common enemy in Iran, and secondly, strengthening bilateral ties with the US. The role of Iran in bringing Israel and Saudi Arabia is undeniable, as it has served as a source of common interest for the two nations, and Iran’s opposing role to Saudi in the Yemen war has been the biggest factor in helping Saudi put its differences with Israel aside.

Meanwhile, US Israeli ties have followed the same trend of US Saudi ties, although Saudi’s relationship with the US goes a long time back, due to its oil sales, as well as geopolitical importance. Saudi Arabia also needs alternative export routes for its oil, and Israel is willing to help.

Saudi Arabia intends to get Saudi oil to the deep harbour of Haifa for export to Europe and the West. This would be a much safer, faster and more secure way to guarantee Saudi exports to the west, as it would avoid Iranian aggression at the Strait of Hormuz and the Bab al-Mandeb Strait in the Red Sea. It would also save the considerable transit fees involved in crossing the Suez Canal.

Israel’s discovery of several large gas sources in the Meditteranean has given it enormous leverage on its surrounding Arab as well as non-Arab states. The most visible example is Egypt, as the corrupt gas deals between Egypt and Israel over the years were facilitated by the Egyptian army and intelligence, who had both monetary interests and the interest to maintain political stability with Israel.

With Sisi’s rise to power several years ago, this confirmed Egypt’s continuation in working with Israel in the gas sector and made the entrance into a new era of Egyptian reliance on Israeli gas straightforward. Although not to the extent of Egypt, many Arab states are now also seeking to import Israeli gas and could move towards a similar reliance. Saudi Arabia, for example, is already talking to Israel about a pipeline to Eilat, only 40km away, for the import of Israeli natural gas.

Surprisingly, Turkey, who has been in vocal opposition to Israel in the past years, and forecasted as the next counter-power to Israel in the Middle East, has reportedly agreed to allow an Israeli pipeline to run through its territory into Europe. Israeli officials are open to talks with Ankara on its proposal to build a gas pipeline from Israel through Turkey to Europe if the Turks are serious, a correspondent for the Israeli Public Broadcasting Corporation (KAN) said on Monday.

State-run KAN radio alleged that Ankara has expressed a willingness to enter into negotiations with Tel Aviv on transferring Israeli gas supplies to the European continent through Turkish territory. However, unlike the Arab states mentioned above, Turkey is not planning to import gas from Israel. It is thus clear that Israel’s gas discoveries have given them a big diplomatic highground and basis in negotiating an alliance with the Arab states.

Israel plans to develop and formalize the relationship

Israel is now seeking to formalize many of its relationships with Arab nations, in an attempt to secure its reliability and endurance. According to senior diplomatic sources in Jerusalem, Israel is trying to advance a non-aggression agreement with four Arab countries that do not currently have diplomatic relations with Israel.

These countries are Oman, the United Arab Emirates, Bahrain, and Morocco. The proposed agreement includes maintaining friendly ties between Israel and these Arab countries based on UN treaties and international law, and the adoption of steps required to prevent hostile actions, such as the threat of war or terror activities, violence, or incitement.

The agreement prohibits the signatories from joining or assisting alliances or organizations with a third party of a military nature. Such an agreement would be a stepping-stone toward full normalization between Israel and these four countries, which already have ties behind the scenes.

Additionally, An Israeli pavilion at an Arab-hosted expo presents a unique opportunity to speed up the “normalisation” of relations and reach out to Arab peoples, officials say. “To us, the added value is in the Arab and Muslim visitor,” said Elazar Cohen, the Israeli foreign ministry’s pointman for the expo, which is organised by the Paris-based Bureau International des Expositions (BIE).

Supposedly designed to reflect Israel’s sense of belonging to the region as well as the openness the Jewish state seeks to broadcast to its Arab neighbours, “the pavilion is, therefore, an open space, a living room to host the expo visitors.” Israel intends to build on the foundation it has set for itself in developing relations with its Arab neighbours, in order to assert their geopolitical dominance in the region, and remove any obstacles in increasing national revenue through trade and commerce.