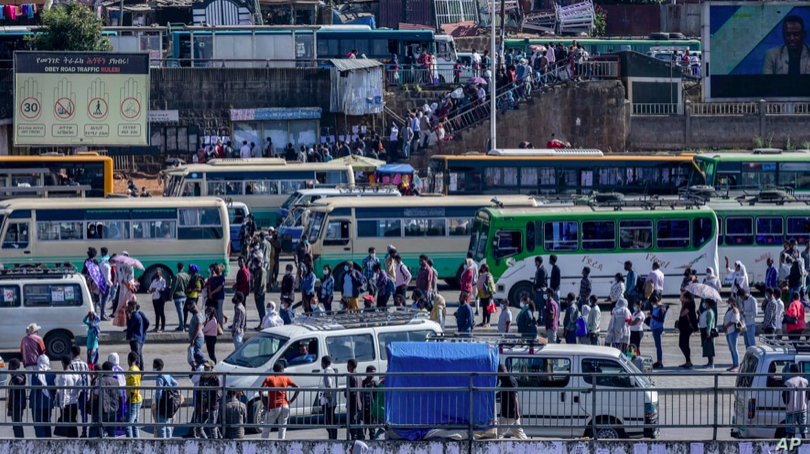 The war in Ethiopia

Ethnic tensions between Ethiopia’s federal government and nationalist forces in the northern Tigray region have erupted into a full-blown armed conflict.

Tigray, despite accounting for only 5 percent of Ethiopia’s population, has long punched above its weight in federal politics. After a coalition led by the radical Tigray People’s Liberation Front (TPLF) helped end the brutal reign of dictator Haile Mengistu in 1991, Tigrayan Meles Zenawi led the country for twenty years.

Although Ethiopia largely prospered during this time, other ethnic groups resented Tigray’s stranglehold over the government, the economy, and the military. It all ended two years ago, when a wave of popular discontent brought to power the reformist Abiy Ahmed, Ethiopia’s first ethnic Oromo prime minister.

In a deeply fragmented country with more than 80 ethnic groups, many of them traditionally marginalized from the political process, Abiy was a breath of fresh air: he moved quickly to release political prisoners, and won a Nobel Prize for making peace with Eritrea. But the flip side of these reforms was opening a Pandora’s box by allowing many long-simmering ethnic tensions to boil over. (Earlier this year, Abiy faced a bloody popular uprising from his own Oromo people over the murder of a nationalist singer.)

The trigger. On November 4, Abiy launched a military offensive in Tigray over an alleged TFLP attack on a federal army base. The move was widely viewed as payback for Tigray holding a regional election that was postponed elsewhere in Ethiopia due to the coronavirus pandemic.

Since then, things have rapidly spiraled. Both sides have accused each other of killing hundreds of civilians, although such claims are hard to verify with the Tigray region now completely shut off from the internet.

Sudan closed its border earlier this month with Ethiopia after tensions in the Tigray region erupted in recent days.

Authorities in Kassala state said the closure is intended to stop any potential entry of fighters into Sudan. The acting governor of the state would also visit border areas to inspect the situation.

Ethiopia has accused the Tigray People’s Liberation Front (TPLF) of attacking a military camp in the region, while Prime Minister Abyei Ahmed ordered the army to counter the attack.

Kassala state has witnessed wide tribal clashes which culminated in the deaths of at least 6 people and dozens injured in October.

Aiby tweeted Saturday that his administration would “continue to take necessary law enforcement measures to safeguard & advance our nascent process of democratization from rogue political actors.”

The regional government in Tigray said on Facebook that a number of Tigrayans serving in the army and as federal police officers were dismissed while others were placed under house arrest.

UNHCR, the UN Refugee Agency, is sounding the alarm over the growing humanitarian crisis in the region, triggered by the still ongoing fighting between the Ethiopian federal government and Tigray forces that broke out in early November.

The Ethiopian government has announced a six-month state of emergency in Tigray where the lack of electricity, telecommunications and access to fuel and cash continue to severely hamper any humanitarian response.

The majority of those fleeing into Sudan have crossed through Hamdayet border point in Kassala State and others at Lugdi in Gedaref State. The border area is remote – at least a six hour drive from the nearest big town – making it difficult to quickly deliver food and supplies.

Information campaigns on COVID-19 prevention have started with soap and 50,000 face masks sent from the capital, Khartoum, for distribution at entry points in Kassala and Gedaref. But the sheer numbers of new arrivals are hampering aid efforts.

The transit center at Hamdayet, with a capacity for just 300 refugees is extremely overstretched, with over 12,000 people currently sheltering there. Sanitation facilities are insufficient, with concerns over hygiene.

“This situation is really challenging because we have very limited resources. We are struggling to respond to everyone’s needs,” explains Salah Al Dine Ramadn, a Sudanese community leader in Hamdayet. Ramadn is concerned by the growing numbers arriving in Kassala, noting that there are too few shelters, no electricity and only limited health services.

“We are asking the local government and aid agencies to come and help us because we expect the numbers will grow bigger,” he says.

UNHCR expects that the influx will continue to grow and is working on a contingency plan for 50,000 people.