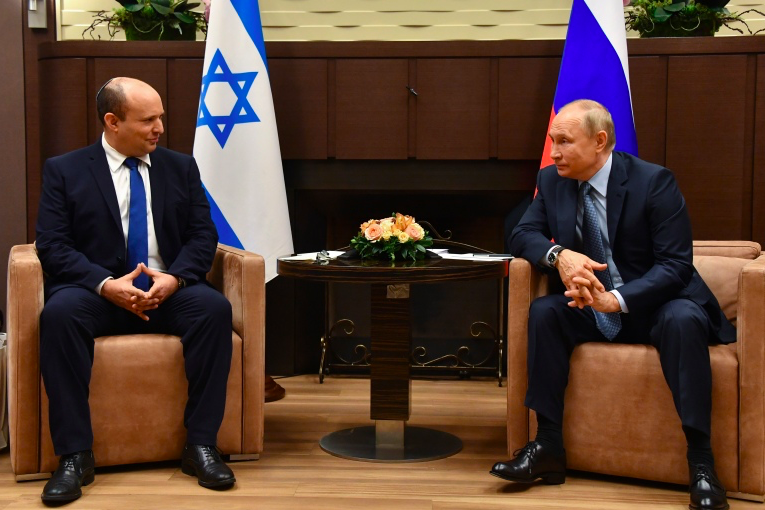 As we enter the third week of the Russian invasion of Ukraine, we have seen Ukraine repeatedly call Israel, a key ally in the former’s eyes, to support Ukraine militarily. These calls have fallen on deaf ears however, as Israel refuses to send its drones, iron dome, or any other military equipment, instead limiting its support to humanitarian aid.

Ukrainian president Volodymyr Zelensky made his frustration clear in a virtual address to Israel’s parliament on Sunday, when he asked why the country had blocked the transfer of Iron Dome missile defense batteries to Ukraine before the Russian attack and then refused to impose strong sanctions on Russia after it. Zelenskyy shredded the official excuse offered by Bennett, that Israel has to remain neutral to act as a mediator.

“Mediation,” Zelenskyy told the lawmakers on a Zoom call from Kyiv, his embattled capital, “can be between states, not between good and evil.”

Israel’s ambassador to Ukraine, Michael Brodsky, seemed to confirm the next day that the country had asked to purchase the Iron Dome missile defense system last year and was turned down. As the Israeli newspaper Haaretz reported, Brodsky told Israel’s Army Radio on Monday that “to the best of my knowledge, the issue also came up before the war. It was made clear to the Ukrainian side that this was impossible, and they still insist on raising it.”

Israel’s lack of support to Ukraine has not only been limited to military affairs. In order to avoid angering Russia, Israel rejected a US request that it co-sponsor a February 25 United Nations Security Council resolution condemning Russia’s invasion, which spurred a Biden administration protest. A week later, however, when it became clear that an overwhelming majority of the world’s nations are willing to condemn Russia’s aggression, it turned around and voted for a similar resolution at the UN General Assembly.

Israel eagerly welcomed Ukrainian Jewish refugees to its shores, and said it was planning to airlift tens of thousands more to safety. But it pulled back the welcome mat when it came to Ukrainian non-Jews. After this discriminatory approach to asylum provoked outrage, Israel said it would cap refugees at 25,000, but only 5,000 non-Jews would be accepted. Further, it announced that Ukrainian non-Jews would be granted a three-month visa on payment of a $3,000 fee refundable on their departure from the country. Imagine how many refugees fleeing with little more than the clothes on their backs have such a sum stashed away. Following widespread criticism of the proposal, Israel eventually withdrew the fee requirement.

So far, Israel’s Prime Minister Naftali Bennett has maintained radio silence on the invasion (though Foreign Minister Yair Lapid has denounced it). To explain his stance, Bennett said he needs to maintain his neutrality to mediate between Russia and Ukraine, and even flew to Moscow to talk to Putin for this purpose. When Ukrainian leaders criticised Israel’s apparent indifference to their country’s predicament, Israeli officials responded by saying they “would not tolerate” such ingratitude. Bennett even threatened to walk away from his mediator role, as if Israel was doing Ukraine any favours. Nevertheless, the Israeli leader later had the chutzpah to say that it was “our moral duty” to continue with mediation efforts.

It can be argued that Israel’s lack of clear support for Ukraine in this conflict has highlighted the depth and extent to which Israel-Russia ties have reached. Although Israel is a key ally of the US, and enjoys heavy US support in all fields, its foreign policy has never been limited to or dependent on US interests. It has always prioritized its own interests even if they ran contrary to US foreign policy goals. The state’s policy towards this conflict is a clear example of this.

Israel’s former Prime Minister Benjamin Netanyahu has made frequent trips to the Kremlin during his tenure to discuss with Putin how the two countries will deal with each other in the Syrian context. In the end, they worked out a rather odd modus vivendi, in which Israel was given carte blanche to attack any Iranian and Hezbollah forces in the country as long as it did not target Russian troops. In return, Russia pursued their own military objectives without hindering Israel’s. In that war, Russia’s primary aim was to save and strengthen the Bashar al-Assad regime, while Israel’s was to undermine it. But somehow they managed to co-exist without getting in each other’s way.

Though Russia has reduced its footprint in Syria as the anti-al-Assad armed uprising has cooled, it still maintains a considerable military presence in the country. Israel too continues to routinely pummel military targets there. So when Israel weighs its interests in Ukraine, it must take into account a matter much closer to home – and crucial for the country’s own security. It cannot afford to anger Putin without risking the disruption of the delicate balance in Syria.

“Israel’s assets stem from the trust it enjoys from all parties involved in the conflict: Russia, Ukraine, the United States and NATO countries,” said Ben-Shabbat, a researcher at the Institute for National Security Studies at Tel Aviv University

He pointed in particular to a deconfliction mechanism Russia and Israel have established that allows the Israel Defense Forces to operate aerially in neighboring Syria against Iran and its proxies without harming Russia’s military.

On a broader scale, Israel has for decades had warmer relations with Moscow than many Western nations partly because of the country’s large Russian-speaking community comprising some 15 percent of the population.

According to Zvi Magen, who has served as Israel’s ambassador to Ukraine and Russia and is also a researcher at the Institute for National Security Studies, Putin asked Israel to be an interlocutor because it is “accepted by the international community … and is not part of an anti-Russian bloc.”

France, Germany and Turkey are part of NATO, and for Putin, “NATO is an enemy,” Magen said.

It is in this context that Israel has decided to attempt to take the mediator role, as will be explained in the next section.

Israel has tried to portray itself as a neutral mediator between Ukraine and Russia, calling for peace through diplomacy. However, these attempts at mediation have been unsuccessful up to now, unlike Turkey who brought the Ukrainian and Russian foreign ministers together. Ukraine has largely rejected Israel’s mediation offers, calling for support first, while Israel has failed to bring Russia to the negotiating table.

Given that Israel has not managed to broker a peace agreement with Palestine more than five decades after it seized through warfare the West Bank, East Jerusalem, Gaza, and the Golan Heights, and given that it rules over millions of people who are deprived of political or civil rights in those occupied territories — and still has no clearly defined borders of its own — the country might seem ill-placed to help Ukraine and Russia settle their conflict.

Still, Zelenskyy had reportedly been asking Bennett to intercede with Putin on Ukraine’s behalf for at least a year before the invasion. “I don’t think it would be right at this point to meet in Russia, Ukraine, or Belarus. These aren’t places in which we could reach any understandings on stopping the war,” the Ukrainian president told an Israeli reporter in Kyiv this month. “I believe Israel could serve as such a meeting place, especially in Jerusalem.”

But Ukrainian officials have expressed doubts about the usefulness of Bennett’s efforts now that more than two weeks have passed since he traveled to Moscow for a three-hour meeting with Putin, accompanied by Ze’ev Elkin, Israel’s housing minister, who was born and raised in Kharkiv, a largely Russian-speaking Ukrainian city that has endured fierce bombardment from Russian forces. One shell fired at a residential building in Kharkiv last week took the life of Boris Romantschenko, a 96-year-old Ukrainian who survived four Nazi concentration camps, including Buchenwald and Bergen-Belsen, only to be killed in a Russian campaign officially dedicated to “denazification.”

After Bennett’s trip to Moscow, an unidentified senior Ukrainian official told Barak Ravid, a diplomatic correspondent for Walla News in Israel and Axios in Washington, that the Israeli prime minister had phoned Zelenskyy and urged him to accept Putin’s demands to end the fighting. “If I were you, I would think about the lives of my people and take the offer,” the official said Bennett told Zelenskyy. “Bennett is basically telling us to surrender, and we have no intention of doing that,” the Ukrainian official said.

It appears that Bennett’s trip to Moscow in an attempt to mediate turned in to Bennett vouching for Russia’s unrealistic demands and hoping for Ukraine to accept. This understandably led Ukraine to further believe that Israel has abandoned it, and sided with Russia. Successful mediation of such a conflict takes sublime diplomatic skills and experience, as well as the trust in the mediator from both sides. This is something Israel lacks, as Bennett and Lapid do not have such experience on the international scene, and are unable to navigate the dynamics of mediation. Turkey’s success in this regard can largely be attributed to the close relationship between its foreign minister and his Ukrainian and Russian counterparts, regular contacts between administrations before the war, fulfilling its commitment to its strategic alliance with Ukraine, and its experience in leading a balanced foreign policy between rival powers for years.

Israel will most likely continue to attempt mediation, having invited the two parties to Jerusalem for negotiations, yet at the current rate it is hard to imagine such attempts succeeding. 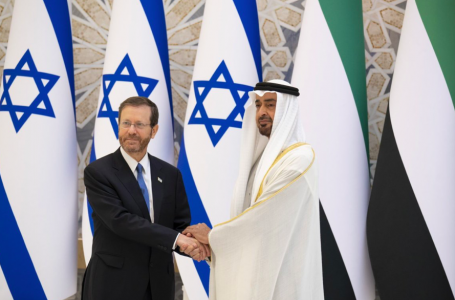