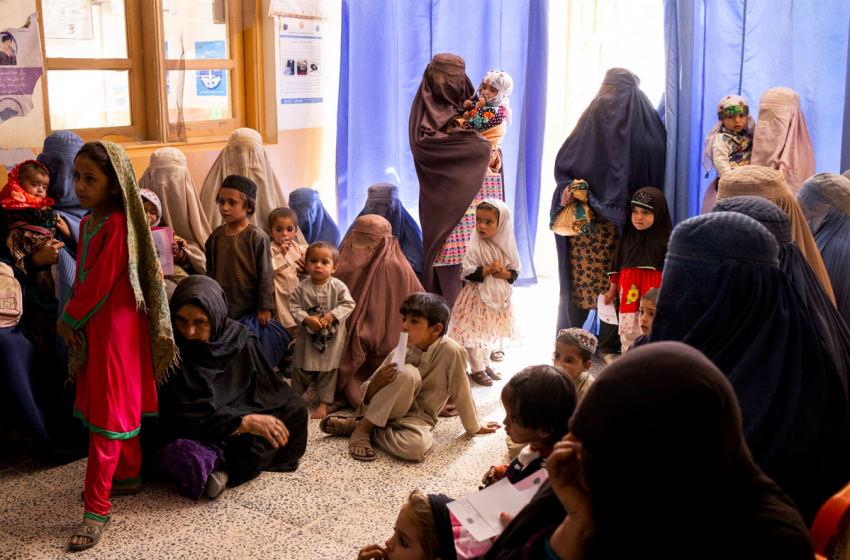 Afghanistan is “on the brink of a humanitarian catastrophe” and its collapsing economy is heightening the risk of extremism, the U.N.’s special representative for the country warned Wednesday.

Deborah Lyons said the United Nations predicts that 60% of Afghanistan’s 38 million people face crisis levels of hunger in a food emergency that will likely worsen over the winter. She said the country’s GDP is estimated to have contracted by 40%.

But she told the U.N. Security Council that a humanitarian catastrophe “is preventable,” saying the main cause is financial sanctions on the Taliban, who took over the country Aug. 15. Sanctions “have paralyzed the banking system, affecting every aspect of the economy,” Lyons said.

The Afghanistan central bank’s $9 billion in reserves, most of which is held in the United States, were frozen after the collapse of the former government. Afghanistan was also slated to access about $450 million on Aug. 23 from the International Monetary Fund, but the IMF blocked the release because of a “lack of clarity” about a new government.

Lyons said the “paralysis of the banking sector will push more of the financial system into unaccountable and unregulated informal money exchanges.” That, she said, “can only help facilitate terrorism, trafficking and further drug smuggling” that will first affect Afghanistan and then “infect the region.”

She said a “major negative development” has been the Taliban’s inability to stem the expansion of the Islamic State extremist group, which now seems to be present in nearly all provinces and is increasingly active. The number of attacks attributed to IS has increased significantly from 60 last year to 334 this year, she said.

Lyons urged the international community to find ways to provide financial support to the Afghan people, who she said “feel abandoned, forgotten and indeed punished by circumstances that are not their fault.” Abandoning them “would be a historic mistake,” she said.

“We must focus for the next three or four months on helping the most vulnerable Afghans during the winter,” Lyons said.

“The international community needs urgently to find a way to provide financial support to health care workers in state hospitals, staff in food security programs, and, yes, eventually to teachers provided that girls right to education is emphatically met,” she added.

She assured council members that the U.N. will make every effort to ensure that funds will not be diverted to the Taliban — or by the Taliban.

The Taliban’s move to restrict women from working could immediately cost the Afghan economy up to $1 billion, or 5% of GDP, the United Nations Development Programme said in a new report as the militant group seeks global help to avert a deepening crisis.

The UN report painted a grim picture of Afghanistan’s economy which is under strain with soaring inflation and an ongoing cash crunch. Women account for 20% of the country’s workforce and preventing them from working could shave half a billion dollars alone from household consumption, it said.

Afghanistan is “at the brink of economic collapse” and the international community must urgently resume funding and provide humanitarian assistance, Pakistan’s foreign minister warned Thursday as U.S., Chinese, Russian and Taliban diplomats met in Islamabad.

“Today, Afghanistan stands at the brink of an economic collapse,” Qureshi said, adding that any further downward slide would “severely limit” the new Taliban government’s ability to run the country.

“It is, therefore, imperative for the international community to buttress provision of humanitarian assistance on an urgent basis,” he said.

That included enabling Afghanistan to access funds frozen by Western donors since the Taliban took control of the country in August, he added.

Resuming the flow of funding “will dovetail into our efforts to regenerate economic activities and move the Afghan economy towards stability and sustainability”, Qureshi said.

Doing so would benefit Western countries also, he argued in later comments to state media.

“If you think that you are far, Europe is safe and those areas you imagine will not be affected by terrorism, don’t forget the history,” he said. “We have learned from the history and we don’t want to repeat those mistakes made in the past.”

Afghanistan’s economy should be revived to prevent a refugee crisis that will affect our entire region, President Recep Tayyip Erdoğan said on Nov. 28, speaking at the 15th Leaders’ Summit of the Economic Cooperation Organization held in Turkmenistan.

“It is important to establish permanent peace and stability as soon as possible in Afghanistan, which is facing a serious humanitarian and economic crisis. It is our common wish and goal to develop an administration approach that will meet the expectations of all segments of the country,” he said.

Turkey supports efforts to keep basic government structures functional in Afghanistan, including critical sectors such as health and education, the president said

The Turkish Red Crescent and Turkey’s non-governmental organizations increased their humanitarian aid activities against the growing danger of hunger and famine in this country, he added.

Pointing out that the importance of regional and global transportation networks has emerged once again amid the pandemic, Erdoğan said, “Our efforts to develop the transportation infrastructure in our region and to revive the modern Silk Road continue unabated.

Afghanistan would need $6 billion to $8 billion in international grants annually to fund basic services, support growth and sustain peacemaking efforts, Al Dardari said. The country would require an estimated $2 billion to just lift the incomes those in extreme poverty to avoid a humanitarian catastrophe, he added.

The Taliban’s plea for the world to release the assets and resume aid could help “in the very short term,” although the bigger issue is to strengthen Afghanistan’s weak institutions said Adnan Mazarei a senior fellow at the Washington-based Peterson Institute for International Economics.“The de facto authorities are shooting themselves in the foot in many ways, including with the restrictions on women and others.”

In recent weeks, the United States and the European Union have pledged to provide $1.29 billion more in aid to Afghanistan and to Afghan refugees in neighboring countries. But aid can do only so much to fend off a humanitarian catastrophe if the economy continues to crumble, economists and aid organizations warn.

The leaders of several Asian countries called for boosting their economic ties and pledged to provide assistance to Afghanistan during a summit in Turkmenistan on Sunday.

The countries, which are part of the 10-member Economic Cooperation Organization that includes Turkey, Iran, Pakistan, Afghanistan and six ex-Soviet nations, called for removing trade barriers and developing new transport corridors across the region. They also voiced concerns about the situation in Afghanistan, which has been taken over by the Taliban, and promised to help stabilize the country.

Speaking at the summit, Pakistan’s President Arif Alvi pointed at the threat of Afghanistan’s economic and financial collapse, saying the Islamic world needs to pool efforts to help avert a “catastrophe that could foment chaos and conflict.” He said countries in the region need to move quickly to help rebuild the Afghan economy, shore up the country’s health care and education systems and offer humanitarian assistance.

He noted that the stabilization of Afghanistan would allow the implementation of long-stalled infrastructure projects, including a gas pipeline, railways and power grids linking countries in the region.

A combination of economic aid, and significant economic initiatives from neighboring countries, as well as economic superpowers such as China and the EU, along with the responsible management of the economy by the Taliban, would certainly lift the Afghan economy out of the dire situation it is in right now. Sanctions and suspension of aid are not the way to go in this regard, regardless of concerns about the legitimacy of the government. 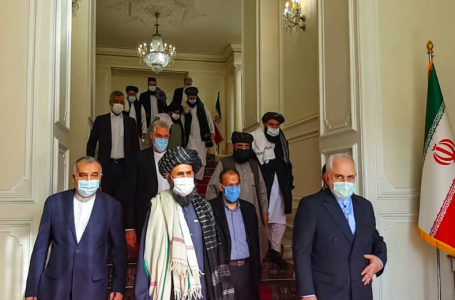 Will Iran establish warm ties with the... 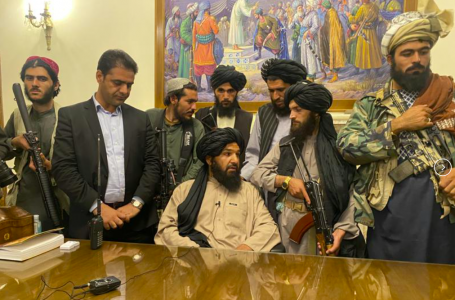