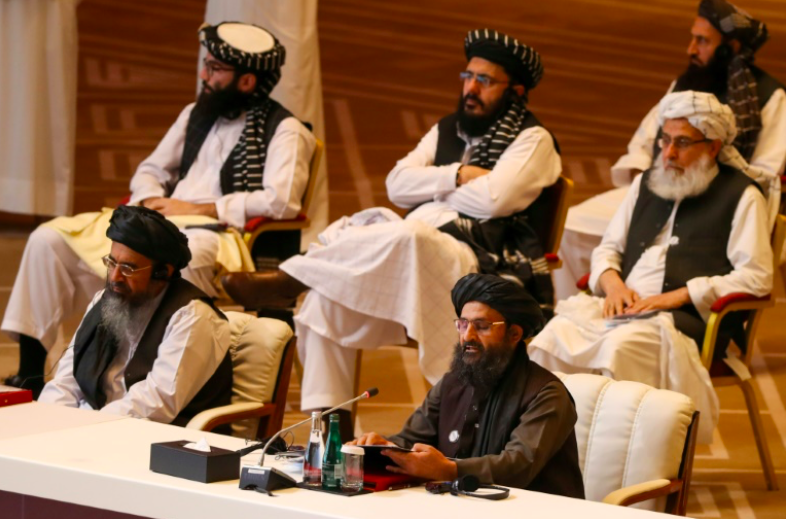 Rise in attacks by Pakistan Taliban

Rebels have stepped up attacks on security forces in northwest Pakistan, raising fears of a revival of their activity and a return of lawlessness near the border region with Afghanistan. The ethnic Pashtun border region was for years a haven for rebels who fled the United States invasion of Afghanistan in 2001. But the Pakistani military cleared out the strongholds in a 2014 offensive, driving most of the fighters into Afghanistan. But since March, the al-Qaeda-linked Pakistan Taliban, facing the risk of losing havens on the Afghan side of the border if its Afghan Taliban allies make peace there, has unleashed a wave of attacks on Pakistani security forces.

Bolstering their bid to re-establish themselves in the border lands, the Pakistani Taliban, or Tehrik-e-Taliban Pakistan (TTP), struck an alliance in July with half a dozen small militant factions. “The group’s capability and military strength has increased, as has their reach,” said Mansur Khan Mahsud, executive director of the Islamabad-based FATA Research Centre.

September has seen near daily incidents, from roadside bombs to sniper attacks, to ambushes and the killing of residents accused of collaborating with government forces.

The militants have killed at least 40 soldiers since March, according to a Reuters tally of official figures. At least 109 people were killed in 67 attacks between January and July – twice the number in 2019, according to the FATA Research Centre. “TTP’s regrouping is concerning both because of its own activities and its links to groups like al Qaeda,” said Elizabeth Threlkeld, a former State Department official who served in Pakistan, now deputy-director for the South Asia programme at the Washington-based Stimson Center. “It could again provide significant support to international terror groups if it continues to regain ground.”

Militant violence surged in Pakistan after it was pressed to sign on to the US-led war on terror after the Sep 11, 2001, attacks, even though it had for years supported the Afghan Taliban. Soon the Pakistani government found itself under attack from home-grown Taliban but the military succeeded in pushing them out of the region, known as the tribal areas, in 2014, forcing the Pakistani Taliban into Afghanistan. Millions of residents were displaced by the fighting but since then, militant violence in Pakistan has largely ceased. But now fears are growing that the surge of Pakistani Taliban violence is an unintended consequence of efforts to make peace in Afghanistan.

In February, the Afghan Taliban and the United States struck a deal allowing for the withdrawal of US forces in exchange for Afghan Taliban guarantees they would not harbour other militants.

Now, after years of waiting, the Afghans themselves have finally engaged in negotiations. They could result in the possible end of decades-long conflict in which tens of thousands of civilians have been killed and displaced.  Representatives of the Afghan government and the Taliban movement met in Doha, Qatar, on Saturday amid hopes that the two sides will eventually agree to form a power-sharing government.

However, even during negotiations, violence has continued. Officials in Afghanistan said on Thursday the latest clashes between security forces and Taliban insurgents had killed around 60 combatants on both sides since Wednesday, even as delegates of the two adversaries negotiate peace.  The Taliban staged predawn assaults on security outposts in eastern Nangarhar province, killing at least 22 Afghan security personnel and injuring 15 others, a provincial government spokesman told VOA. Attaullah Khogyani said that Afghan forces killed nearly 30 assailants in the ensuing fighting. Separately, insurgents attacked a district center in the southern Uruzgan province, killing at least five members of the pro-government forces, officials said. The Taliban did not immediately comment on the latest violence.

The intra-Afghan negotiations under way in Qatar are aimed at seeking a cease-fire and a power-sharing deal to govern the country after the foreign troops exit. A spokesman for the Taliban has ruled out a cease-fire unless the two negotiating teams can discuss and agree “on the main cause of the war” dividing them. Mohammad Naeem told a pro-insurgent media outlet the two teams were still in the process of finalizing “rules of engagement” required to prepare an agenda for what are officially known as the intra-Afghan negotiations.

It remains a worrying sign that not only has violence continued in Afghanistan by the taliban during negotiations for peace, but also the negotiations themselves appear to be acting as a catalyst for increasing violence in Pakistan by the Pakistan Taliban. It is therefore clear that Pakistan must play an important role in the ongoing negotiations and its longing for peace on its afghan border and Pashtun regions will be important in accelerating talks.

Pakistan’s important role in the talks

Pakistan has already played a big part in helping negotiations reach the stage they have so far. America’s peace envoy for Afghanistan, Zalmay Khalilzad, visited Pakistan on Monday and conveyed Washington’s gratitude for the “important role” Islamabad has played in easing the start of reconciliation talks between warring Afghan parties, officials said.

The U.S Embassy in Islamabad said Khalilzad and his delegation met with Pakistan’s military chief, Gen. Qamar Javed Bajwa, and some of the country’s other senior officials.

“Ambassador Khalilzad expressed appreciation on behalf of the United States, especially the important role that Prime Minister Imran Khan and General Bajwa played in facilitating the start of the Afghanistan Peace Negotiations in Doha on Sept.12, and stressed the need for ongoing regional and international support for this historic opportunity for peace,” the embassy said in a statement. A military statement quoted Bajwa as saying that Pakistan was determined to further its mission of promoting regional peace, economic progress and prosperity.

Meanwhile, Pakistan are now claiming that India is trying to sabotage the peace talks. A senior Pakistani official and former diplomats accused India on Wednesday of playing the role of a “spoiler” to derail the peace process in Afghanistan.  Speaking at a panel discussion on ‘Decoding Indian Foreign Policy in the Regional and Global Context’ organized by the Ministry of Information and Broadcasting in Islamabad, the country’s Secretary for Information and Broadcasting, Akbar Hussain Durrani, said Pakistan has played a constructive role for Afghan peace despite Indian designs. “The world has recognized Pakistan’s role in the Afghan peace process while India has always tried to sabotage and derail the peace process in Afghanistan,” said Durrani, accusing his country’s arch-rival.

Despite New Delhi’s nefarious designs and conspiracies, Pakistan has succeeded in pushing the peace process forward in the war-torn country, he added.

If this is true then Pakistan has several obstacles in its way to reaching a definitive peace deal, but it will want to achieve a deal as soon as possible, while at the same time stopping the violent reaction from the Pakistan Taliban.