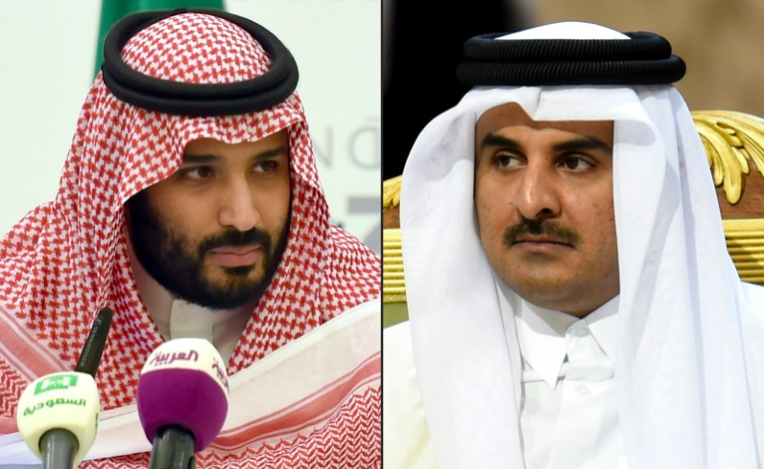 Saudi Arabia announce that an agreement is in reach

Saudi Arabia’s top diplomat said Friday that an end to the years-long boycott of Qatar by Saudi Arabia and three other Arab nations “looks in reach” for all involved, though he offered no details on how this feud would be resolved.

The remarks by Saudi Prince Faisal bin Farhan followed comments earlier in the day from Kuwait, which has been mediating in the dispute and which said that ongoing talks over the crisis have been “fruitful.”

The United States and Kuwait have worked to end the dispute, during which Saudi Arabia, the United Arab Emirates, Bahrain and Egypt have imposed a diplomatic, trade and travel embargo on Qatar since mid-2017. U.S. President Donald Trump’s senior adviser Jared Kushner had held talks in Doha on Wednesday following a visit to Saudi Arabia.

“We have made significant progress in the last few days thanks to the continuing efforts of Kuwait but also thanks to strong support from President Trump,” Saudi Foreign Minister Prince Faisal bin Farhan Al Saud told a Rome conference via videolink.

“We hope this progress can lead to a final agreement which looks within reach and I can say I am somewhat optimistic that we are close to finalising an agreement between all the nations in the dispute.”

A source in Washington familiar with the discussions said a tentative deal had been reached by the parties and that it could be signed in a few weeks.

“They’re working towards taking what’s an agreement in principle and getting it actually signed,” the source told Reuters on condition of anonymity.

Kuwait’s Emir Sheikh Nawaf al-Ahmad al-Sabah on Friday welcomed the developments, state-run news agency KUNA said. It quoted him as saying “this agreement has shown that all concerned parties are keen on retaining the pan-Gulf and the pan-Arab solidarity, unity, and stability.” U.S. Secretary of State Mike Pompeo, speaking remotely at a Bahrain summit on Friday, said the United States was “very hopeful” that the dispute would be resolved.

This follows Saudi reconciliation with Turkey

This development and acceleration, interestingly closely follows the start of significant geopolitical reconcilliation between Saudi Arabia and Turkey, which signifies the importance of Turkey’s role in Qatar was a major stumbling block.

The meeting was a first between the two ministers since the killing of Jamal Khashoggi in 2018, and came a week after Turkish President Recep Tayyip Erdoğan spoke on the phone with Saudi King Salman bin Abdulaziz al Saud to discuss issues related to the G20 summit.

Furthermore, Saudi King Salman Bin Abdulaziz has made a phone call to Turkish President Recep Tayyip Erdogan on the eve of a Group of 20 (G20) summit that the kingdom is hosting for the first time.

During the call, coordination of efforts made as part of the G20 summit agenda was discussed, the Saudi news agency SPA.

In a sign of improved ties, King Salman earlier this month ordered urgent aid to Turkey for victims of a recent deadly earthquake that hit Turkey’s city of Izmir.

Despite this, there is still a long way to go, as Reuters announced in recent days that the Turkish exporters’ union confirms that Saudi Arabia has formally suspended imports of meat, eggs and other products from Turkey earlier in November. It remains to be seen how fast, and whether at all, ties between Turkey and Saudi Arabia can re-establish themselves.

However, now that relations with Turkey are improving, Saudi Arabia appears to naturally have less and less problems with Turkey’s military presence in Qatar.

The US has been playing a major role in bringing Qatar and Saudi Arabia together. The Trump administration has been pushing for an end to the blockade and paving the way for a united Gulf against Iran.

Interestingly, Qatar’s defense minister said that US President Donald Trump has backed down from supporting states imposing blockade on Doha. “There is a strategic alliance between the US and Qatar based on mutual respect and common interests,” Khalid bin Muhammad Al-Attiyah told the Doha-based Al-Jazeera television. This could be an aggressive move by the US to try to force the Saudi-led block to normalize relations with Qatar.

More recently, U.S. Secretary of State Mike Pompeo, speaking remotely at a Bahrain summit on Friday, said the United States was “very hopeful” that the dispute would be resolved.

All countries involved are U.S. allies. Qatar hosts the region’s largest U.S. military base, Bahrain is home to the U.S. Navy’s Fifth Fleet, and Saudi Arabia and the UAE host U.S. troops.

Washington has been pushing for reopening Gulf airspace for Qatari aircraft as a first step, diplomats and sources have said.