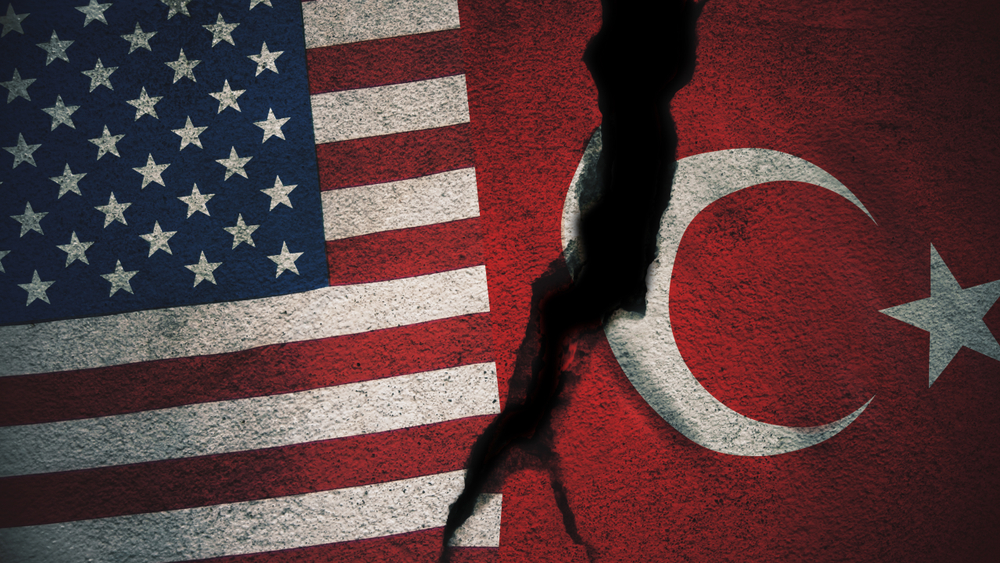 In recent months the US and Turkey have experienced uneasy and even detrimental relations, due to Turkey’s tightening relations with Russia, and more recently sparked tensions in the North of Syria. Despite this, US President Donald Trump on Wednesday lauded his relationship with Turkish President Recep Tayyip Erdogan as the leaders met to overcome mounting differences on these issues. Trump’s warm welcome of the Turkish president came amid anger in the United States Congress about Ankara’s offensive into Syria to drive out Kurdish forces, one of Washington’s main partners in the fight against ISIL. During the meeting, the leaders tackled the extradition of FETÖ, a topic Ankara has repeatedly emphasized, the current situation in Syria- especially Washington’s approach towards the YPG/PKK terror group, and Turkey‘s acquisition of Russian S-400 defence systems. Recent cooperation between Turkey and the US has helped de-escalate the tensions and form a positive environment for the development of bilateral ties. “We’ve been friends for a long time, almost from day-one. We understand each others’ country. We understand where we are coming from,” Trump told Erdogan as they sat next to each other in the Oval Office earlier on the day. “They’re highly respected in their country and in the region,” Trump said of Erdogan and his wife Emine. Several differences remain, but the US and Turkey appear to be back on track to maintaining positive bilateral ties.

Has Trump capitulated to Erdogan?

In light of the recent events in Northern Syria and the consequent warming US ties with Turkey, many have seen this as a Turkish victory, and a US capitulation. Many believe that Erdogan’s latest meeting with Trump and its results have proven the political prowess and ability of Turkish leader Erdogan. He entered the scene with hostility directed against his domestic repression and international adventurism and came out not only untouched but a victor. He was hailed by Trump as “highly respected” and his “good friend,” and protected by the U.S. president from any media questions that might discomfort him. However, despite the warm talk, there is still no certainty that Trump will accept the dismissal of remaining challenges, as Trump was vague in his promises regarding the S400s, saying that he and Erdoğan have directed their senior officials to “immediately work on resolving the S-400 issue.” Turkey’s acceptance of the S-400, Trump said, “creates some very serious challenges for us, and we are talking about it constantly.” “We talked about it today. We will talk about it in the future. Hopefully, we’ll be able to resolve that situation,” he said.  Meanwhile, Erdoğan said that he offered high-level talks for a solution. “We said let’s start the work by putting our defence ministries into effect with the coordination of [Presidential Spokesman İbrahim] Kalın and [U.S.] National Security Advisor [Robert] O’Brien and see the results. Because they say that ‘the S-400 is not a system that is coordinated with F-35,’” Erdoğan told reporters on his way back from Washington. It is clear that both sides still have their own interests in sight, and hence these challenges remain.

Erdogan continues balanced approach between the US and Russia:

After a year where it appeared that Turkey was distancing itself away from the US and getting closer to Russia, Operation Peace Spring highlighted the reality of Turkey’s stance, which is simply looking to further its own interests, with no concrete geopolitical ally to do so, but rather a shifting of various partnerships. Turkey’s latest operation in North Syria went against both US and Russian interests in the region but managed to bring Turkey closer to both superpowers at the same time, with positive meetings with Putin and Trump defining the ceasefire conditions as well as strengthening cooperation. Erdogan and Turkey’s bold independent mindset has been a crucial and intriguing plan that has managed to accomplish many of its geopolitical goals and has resembled the strategies of superpowers like the US and Russia themselves. This was even evident before Erdogan’s recent meeting with Trump in Washington, as he threatened to further inflame tensions between Washington and Ankara by purchasing Russian military fighter jets, as Discussions about Turkey purchasing the fighter jets were advanced during a meeting between Erdogan and Russian President Vladimir Putin two weeks ago in Sochi. Turkey is exploiting the continued US-Russia rivalry to its own advantage and it appears to be working, but this is a dangerous game being played by Erdogan, that could plunge Turkey towards severe economic sanctions, or a military conflict if the balance is pushed in one way or the other.