Would Pakistan fall into civil unrest if Imran Khan gets imprisoned? 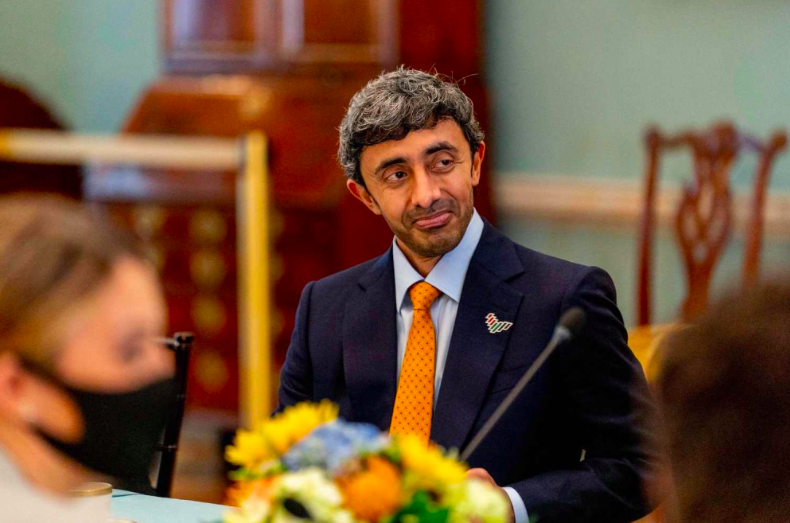 Construction at a suspected “secret” Chinese military facility  in the UAEwas stopped at Washington’s request, a report by The Wall Street Journal revealed on Friday.

“The UAE has never had an agreement plan, talks or intention to host a Chinese military base or outpost of any kind,” the UAE embassy in Washington told the daily.

The construction work was “recently” stopped following a visit to the UAE site by US officials.

Satellite imagery of the port revealed huge ongoing excavations suitable for a multi-story building. It appeared that the managers had attempted to cover up the construction work, sparking the suspicions of the US.

The project was halted after the Biden administration warned the Emirati government that a Chinese military presence in the UAE could threaten relationship between the two countries, WSJ reported.

According to the report, the U.S. found that China was constructing some sort of military installation at the port near Abu Dhabi based on classified satellite imagery. The Emirati government seemed to be oblivious of the military nature of the facility, it added.

In May and August, two direct conversations took place between Biden and Abu Dhabi’s Crown Prince Mohammed bin Zayed Al-Nahyan on the subject, the daily reported.

US National Security Advisor Jake Sullivan also travelled to the UAE in September to present the US intelligence findings to Abu Dhabi.

The Chinese navy, seemingly pursuing an expansionist global strategy, established its first overseas base in Djibouti four years ago. The base was built inside a Chinese-run commercial port with the knowledge of local authorities.

The US and China military rivalry at sea has been on the rise over the past months, following tensions between China and US allies in the South China Sea.

The State Department warned Beijing on Friday that the US would intervene to defend the Philippines in the event of a Chinese attack, following an incident at sea between Chinese and Filipino boats.

The White House coordinator for the Indo-Pacific, Kurt Campbell, said: “The chief characteristic of US-China relations right now is competition, and we are competing across the board everywhere.”

“We believe it’s possible to compete responsibly in a healthy way, but at the same time, the president … recognizes that it will be important to try to establish some guardrails … that will keep the relationship from veering into dangerous arenas of confrontation,” Campbell said at the US Institute for Peace on Friday.

In another clash with the US’s stance and interests, in Syria, the Emirates has demonstrated its backing of Syrian President Bashar al-Assad by expressing support for Russia’s military intervention in 2015, participating with Moscow in “counterterrorism operations,” reopening its embassy in Damascus in 2018, and urging the Arab League and broader international community to take Assad back, whom Abu Dhabi praised for his “wise leadership.”

The UAE’s increasing cooperation with China, the US’s main geopolitical rival in the global geopolitical trajectory, has also appeared to show this new approach in the UAE’s way of dealing with its allies. However, as the UAE’s halted construction of the Chinese project has shown, the UAE’s independence does not go so far as to build a Chinese military base on its land. The US still has some leverage to push the UAE not to shift too far away from its sphere of influence.

It appears that the UAE’s maintained hope to buy F35s from the US has also played a big role in the maintained importance of the US in the UAE’s foreign policy.

Mira Resnick, a deputy U.S. assistant secretary of state in the Biden administration, also told the Associated Press at the Dubai Air Show that Gulf Arab partners are not looking to purchase weapons from Russia as a hedge over American concerns about human rights in the region.

The US has shown with the latest blockage of the Chinese construction that if the UAE starts to directly clash with US interests in the region, the US has the power to act impact fully.

Will the UAE’s growing ties with Iran endanger...