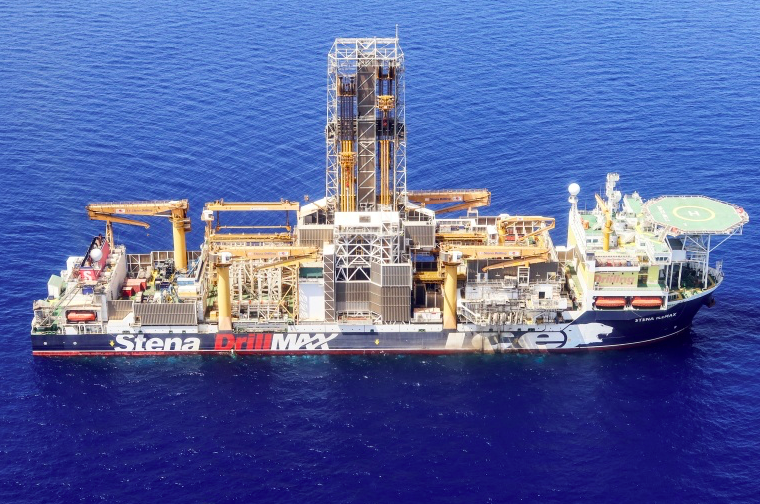 Lebanon and Israel have reached a “historic” deal to end a long-running maritime border dispute in the gas-rich Mediterranean Sea, according to negotiators from the two countries.

Lebanon’s deputy speaker Elias Bou Saab said on Wednesday, after submitting the United States-brokered final draft of the deal to President Michel Aoun, that an agreement had been reached that satisfies both sides.

Israel’s Prime Minister Yair Lapid said it would strengthen its security and inject billions into its economy.

The details of the agreement, which covers an 860 sq km (330 sq mile) triangle of the Mediterranean, have not been released.

But reports say the Karish gas field would fall under Israeli control, along with a small part of Qana, a prospective gas field.

The rest of Qana would be under Lebanon’s control and it would pay royalties to Israel for any gas extracted from the Israeli side.

Lebanon’s presidency voiced hope that “the agreement on the demarcation will be announced as soon as possible”. Aoun had previously said that a deal would not signify a “partnership” with Israel. The two countries are technically at war.

“All our demands were met, the changes that we asked for were corrected. We protected Israel’s security interests and are on our way to an historic agreement,” he said in a statement.

The deal would resolve a territorial dispute in the eastern tip of the Mediterranean Sea in an area where Lebanon aims to explore for natural gas, and near waters where Israel has already found commercially viable quantities of hydrocarbons.

Lebanon had previously had a number of concerns about the border. The first related to a borderline marked by buoys that was created by Israel as its forces withdrew from Lebanon in 2000. Beirut asked for language in the draft to be changed to avoid this becoming an international maritime border.

Secondly, Lebanon objected to the Qana gas field in a southern Lebanese exploration block extending into Israeli waters. The field is yet to be explored. And while Lebanon refuses to pay any profits from its share of that field to Israel, Israel says it may fall under its exclusive economic zone.

Finally, the Lebanese government wanted French oil giant TotalEnergies to work with it independently of any projects with Israel.

The White House said on Monday that President Joe Biden had congratulated the Israeli and Lebanese leaders on moving forward with the deal to establish a permanent maritime boundary.

“The agreement… will provide for the development of energy fields for the benefit of both countries, setting the stage for a more stable and prosperous region, and harnessing vital new energy resources for the world,” Mr Biden said in a statement.

The Lebanese prime minister praised US mediation efforts in support of an agreement, saying, “The Biden administration is doing its best to have this negotiation succeed.”

US mediation led by Amos Hochstein had been ongoing since June, when the Lebanese government and Hezbollah formally objected to Israel’s attempts to explore gas production at the Karish gas field in the Mediterranean sea claiming it to be part of the Lebanese Exclusive Economic Zone (200 nautical miles from the coast).

After receiving the final text from Hochstein, the Lebanese government commissioned French energy company Total to immediately start exploring gas in the areas under its sovereignty. However, the government clarified that the deal does not mean any formal links with Israel and in future, Israel will receive its share of revenues from Qana field through Total.

Does this prove the US still maintains influence in the region?

US mediator Amos Hochstein said on Thursday that the recently approved maritime border deal with Lebanon will provide Israel with “security and stability,” despite criticism from some American and Israeli politicians.

“I think that any deal that ends a period of conflict around waters or any piece of territory between Israel and Lebanon, two countries that have gone to war more than probably any other two countries in the Middle East, where the prospect and the chance of conflict is just around the corner, two countries that don’t have diplomatic relations … has an enormous amount of significance,” Hochstein told Channel 12.

He added that it was a unique chance to provide Israel’s “security guarantees” and “economic hope and opportunity” for Lebanon, despite it happening three weeks before Israeli elections and shortly before the Lebanese president will step down.

“When you have a dispute that’s been negotiated for over 10 years and you have a moment of opportunity that could end that conflict you don’t wait and say ‘Let’s do it some other time’,” Hochstein said, adding that there was no guarantee that such an opportunity would present itself in the future.

Despite the US’s success in bringing about a deal, this does not necessarily signify that its mediation was entirely successful. Many believe that the US has clearly prioritized Israel’s interests in the deal and that Lebanon’s struggling economic situation has been taken advantage of.

The Lebanese, and the outgoing Aoun regime, and the Iranian militia that protects it, have framed this deal as a win for the axis of resistance, which was able to stand its ground until a favorable and indirect agreement was reached through the good offices of the United States mediator Amos Hochstein. The Lebanese political establishment, even those who claim to be against Hezbollah, have failed to garner any real gains. On the contrary, they have conceded hundreds of miles of gas-rich fields and settled for the Qana field, technically Lebanese, to begin with.

Yair Lapid has branded the Lebanon deal as “historic” and will use it and abuse it in the upcoming parliamentary elections to try to outmaneuver his primary political opponent, Benyamin Netanyahu, who previously blasted the ongoing talks as ones that would empower Hezbollah.

Respectively in Lebanon, much of the concession of the Lebanese political elite headed by President Michel Aoun’s son-in-law was presented against the backdrop of the upcoming presidential elections. Bassil has time and he again tried to appeal to the United States as a willing accomplice who deserves to be removed from the sanctions list, becoming eligible to be considered as the next president of Lebanon.

Taking a look at the US’s role more holistically, the US only succeeded in reaching a deal because of the willingness of the Lebanese political establishment to do so based on its domestic troubles. The US would not have such success in mediating any other major conflict in the Middle East at this time, for instance in the Gulf between Saudi Arabia and Yemen, or between Algeria and Morocco, as many of the states involved have shifted away from US influence in the past decade and developed a more regional geopolitical outlook for partnership and economic cooperation.