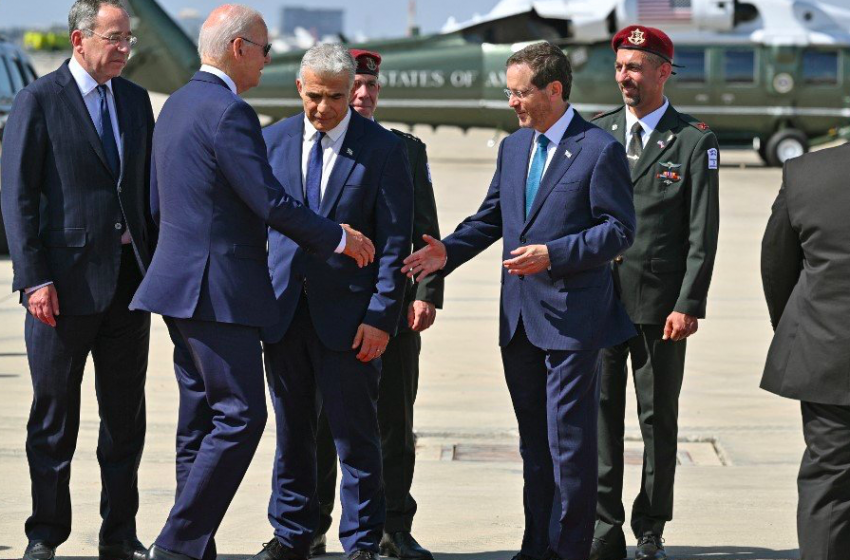 During his 2016 election campaign, Donald Trump vowed to change U.S. priorities and strengthen his administration’s relationship with Israel and its government. As president, Mr. Trump carried through his campaign promises: He recognized Jerusalem as the capital of Israel and moved the U.S. Embassy to Jerusalem; he recognized Israeli sovereignty over the Golan Heights; he withdrew the U.S. from the Iran Nuclear Deal; he cut funding for the Palestinians; took unilateral supportive actions at the U.N. and promoted peace negotiations between Israel and Arab countries in the region.

Of all of Trump’s policy shifts in favour of Israel, moving the US embassy to Jerusalem from Tel Aviv was perhaps the most consequential one. The 2018 move gave a practical US endorsement for Israel’s claims to the entire holy city as its capital.

Israel had illegally annexed East Jerusalem in 1980 after capturing it in 1967.

While Palestinians voiced outrage against the move and the United Nations overwhelmingly declared it “null and void“, the decision was cheered by politicians from both major parties in Washington.

With a muted Arab response, Trump declared Jerusalem “off the table” ahead of relocating the embassy.

In 2019, Trump shuttered a consulate for Palestinian affairs in Jerusalem, folding its functions into the Israeli embassy in the holy city.

The move severed ties with the Palestinians and spelled out a US rejection of their claims to Jerusalem.

As a candidate, Biden promised to reopen the consulate, but more than a year and a half into his administration, the move has not materialised.

Biden’s visit to Israel and Palestine

The Biden administration’s focus on expanding normalization agreements between Israel and Arab countries has frustrated Palestinian officials who would prefer the US focus on reviving the stalled Israeli-Palestinian peace process. But US officials say their focus on Arab-Israeli normalization is a recognition of realities in the region: The momentum for growing Arab-Israeli ties coupled with dead-end political conditions in Israel and the Palestinian territories.

Biden suggested that he identifies as a Zionist, echoing previous comments he has made over the years. “I did say and I say again, you need not be a Jew to be a Zionist,” he said.

He added that the US-Israeli connection is “bone deep”.

As he heaped praise on Israel, Biden did not openly press for concessions relating to Palestinians in engagements with Israeli officials. According to public statements, there were no criticisms of settlements, no calls for allowing Washington to open a consulate for Palestinians in Jerusalem, and no pushes for accountability for the killing of Al Jazeera journalist Shireen Abu Akleh.

As he headed to occupied East Jerusalem and the West Bank, Biden struck a more balanced tone without explicitly criticising Israel.

US President Joe Biden’s recent visit to the region was a “big zero” and did not achieve anything for the Palestinians, Palestinian Authority President Mahmoud Abbas is reported to have told his confidants in Ramallah.

Palestinian sources quoted Abbas as saying that he was “surprised” that he was unable to obtain from Biden a single sentence that could be presented as progress in the political process with Israel, according to the Lebanese Hezbollah-affiliated newspaper Al-Akhbar.

Has Biden strengthened relations with Israel?

It is widely believed that Biden has not kept to his pledges, and failed to oppose Israel in its expansion of settlement and occupation of East Jerusalem. In his tenure so far, Biden has upheld the level of relations set by the Trump administration and arguably even strengthened ties with the Middle Eastern state.

After hearing Joe Biden identify Jerusalem as Israel’s capital and concede a two-state solution seemed “far away”, one Palestinian official gave a blunt assessment of the US president’s visit to the region.

“It’s like the Trump years with a smile,” said the official, who requested anonymity.

Biden’s predecessor Donald Trump was loathed among Palestinians over his unequivocal pro-Israeli policies.

To date, the US has provided $150bn in bilateral assistance and missile defence funding to Israel. In 2021, the US House of Representatives overwhelmingly approved $1bn in new funding for Israel’s Iron Dome missile defence system.

As a candidate, Biden pledged to oppose annexation and settlement expansion. And in contrast with Trump, who never publicly opposed Israeli actions, the Biden administration has occasionally verbally criticised the approval of new settlements in the occupied West Bank.

Asked last week whether the US has pressured Israel to stop a settlement project that would separate Palestinian communities in the West Bank from East Jerusalem, Price said: “We have consistently spoken to both sides to encourage them not to take steps that would exacerbate tensions in that – in the case of something like this would put a two-state solution further out of reach.”

Therefore, no clear evidence of such pushes was presented.

Despite growing calls for conditioning or restricting US aid to Israel, Biden has actually increased Washington’s assistance to its chief ally in the region from the Obama and Trump days.

Israel receives $3.8bn in US assistance annually, and this year it was handed an additional $1bn to “replenish the Iron Dome” missile defence system after the Gaza war in May 2021.

It can therefore clearly be said that Biden has moved towards strengthening relations with Israel to an even greater extent than his predecessor, while attempting to maintain the credibility of his campaign claims by reviving aid to the Palestinian people, which was cut off completely by Trump.