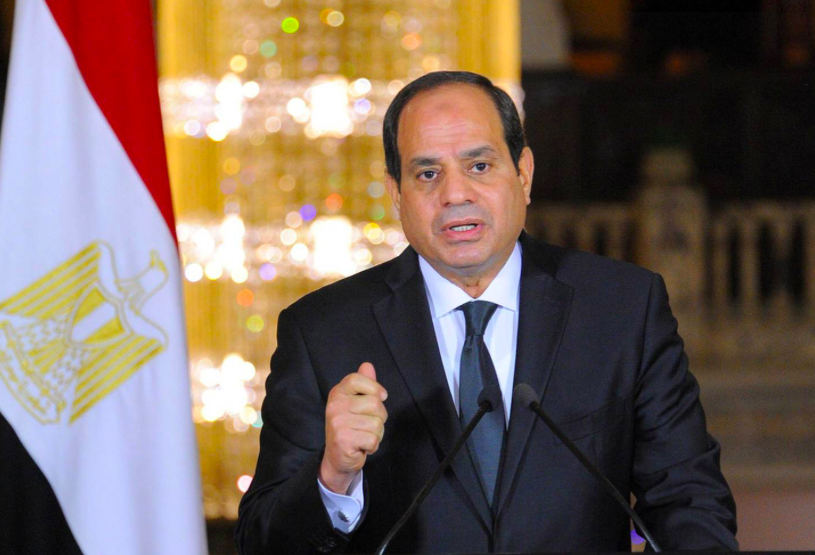 Ethiopia has nearly completed the filling of a huge dam on the Blue Nile River for a second year, state media reported on Monday, a move that has already angered Egypt.

Addis Ababa says the Grand Ethiopian Renaissance Dam (GERD), a $4 billion hydropower project, is crucial to its economic development and to provide power.

But is has caused concern over water shortages and safety in Egypt and Sudan, which also depend on the Nile’s waters.

“The second filling of the Grand Ethiopian Renaissance Dam will be completed in few minutes,” the Ethiopian Broadcasting Corporation (EBC) reported on Monday.

Both countries have called for a binding legal arrangement before dam operations begin, but attempts at mediation have failed, raising concerns that tensions could rise following the most recent announcement.

Earlier on Monday, the Ethiopian Broadcasting Corporation (EBC) had said “the second filling of the Grand Ethiopian Renaissance Dam will be completed in few minutes”.

Reporting from Addis Ababa, Al Jazeera’s Catherine Soi said that many Ethiopians are anxiously awaiting the completion of a turbine that will be powered by the dam in a country where 65 million people are currently not connected to the power grid.

“This is indeed a milestone and Ethiopians are excited about this. This is a project of national pride,” she said, adding that many Ethiopians had financially supported the dam through buying government bonds.

“But of course the downstream countries, Sudan and Egypt, are very concerned about what this could do to other water flows to their own countries along the Nile,” she said.

Egypt views the project as a grave threat to its Nile water supplies, on which it is almost entirely dependent. Sudan has also expressed concern about the dam’s safety and the effect on its own dams and water stations.

Soi added that a build-up of Ethiopian troops around the dam, amid the training of forces in Sudan and Egypt, is “causing quite a lot of concern”.

Cairo wants Ethiopia to guarantee Egypt will receive 40 billion cubic metres or more of water from the Nile. Ethiopian Irrigation Minister Seleshi Bekele said Egypt has abandoned this demand, but Egypt insists it hasn’t and issued a statement to this effect.

Egypt running out of options

Egypt appears to be running out of options to stop or limit Ethiopia’s dam filling, as several rounds of talks have failed, and Egypt is struggling to find new mediators and allies that could significantly affect the situation.

Jacky Hugi added that although every now and then someone in Egypt claims that Israel is secretly mediating between Cairo and Addis Ababa over the dam issue, this is a tactic used by opposition groups to show that Al-Sisi collaborates with Israel.

According to the Israeli columnist, Egypt requested Israel mediate two years ago, but Tel Aviv rejected the proposal because the success of such efforts is low, and Ethiopia and Egypt will blame the mediator for the failure.

“Since the inception of Israeli diplomacy, it has not had the ambition to solve the others’ problems. It is not a question of capabilities, but rather of political culture, because Israel did not view itself as a regional power, and if that is the case, then only militarily, not diplomatically,” he added.

In addition to this, calls are being made by some in Egypt to reassess relations with Russia, long viewed as an ally of Cairo, amid accusations that Moscow failed to support Egypt’s position on the Grand Ethiopian Renaissance Dam (GERD).

The Security Council held a session on the Blue Nile dam July 8 at Egypt’s and Sudan’s request. The Nile River gives Egypt around 85% of its annual water needs,

Russia’s representative at the council recognized the political and socioeconomic significance of the dam for Ethiopia in a statement that was perhaps more ‘balanced’ than Cairo would have preferred.

It is now unclear how Egypt intends to proceed now that Ethiopia has nearly completed the filling of the dam. On the one hand, Egyptian president Abdel Fatah El Sisi has re-iterated Egypt’s ‘red line’ regarding the dam, while on the other, he has given signals that he still believes that diplomacy and negotiations are the only ways in which a solution can be achieved.

Egypt’s President Abdel Fattah El Sisi called again on Ethiopia to enter an agreement on the operation of its dam on the Nile while assuring Egyptians that he would not allow their country’s share of the river’s water to be affected.

“Harming Egypt’s national security is a red line that cannot be crossed regardless of what anyone thinks,” Mr El Sisi told a crowd of about 50,000 flag-waving supporters in Cairo late on Thursday.

“Embracing wisdom and preferring peace does not in any way mean allowing harm to come to this nation’s interests.”

“Your concern is legitimate, but things will be fine and our plans are going great. Don’t worry about a thing. Please, live your lives. It is unbecoming for us to worry so much,” he said.

“I and the army will have to perish first before any harm comes to Egypt.”

“We in Egypt have expertise that is available not only for Sudan and Ethiopia but to the whole of Africa on condition that no one comes near Egypt’s water,” Mr El Sisi said.

Mr El Sisi, an army general elected president seven years ago, has hinted previously that Egypt could resort to military action to resolve the decade-old dispute with Ethiopia. He said Egypt preferred a diplomatic solution to the dispute but was not prepared to indefinitely negotiate over the dam. No one should assume to be beyond the reach of his military, he said in late March.

Sisi said that “Egypt had many options to decide on according to the situation and circumstances in order to preserve its security”, and that it “now had economic, military, and political power to protect its resources.”

However, he also said that “Egypt has always stressed the wise use of power”.

Among the narrowing road towards a beneficial solution to Egypt is the possible introduction of EU or UN mediation, as these are institutions that have influence on both Egypt and Ethiopia, and have been involved in seeking a peaceful solution.

The EU has offered its expertise to help resolve the Grand Ethiopian Renaissance Dam (GERD) impasse after the bloc’s member countries expressed dissatisfaction at unilateral decisions taken by Ethiopia in relation to the project, Egyptian Foreign Minister Sameh Shoukry has revealed.

He said that the EU was ready to step in and mediate between Egypt, Sudan, and Ethiopia to reach an agreement over the operation of the dam.

Egypt and Sudan have also urged the UN Security Council to undertake “preventive diplomacy” and call for a legally binding agreement to resolve the dispute with Ethiopia over the availability of Nile water for the downstream countries. But Ethiopia has insisted the matter can be dealt with by the African Union, the Associated Press reported.

Egypt has not lost the Nile dispute yet, but if all attempts at EU and UN mediation fail, and the dam starts operating, it will certainly be the case, as Egypt may only have the option of military action left.