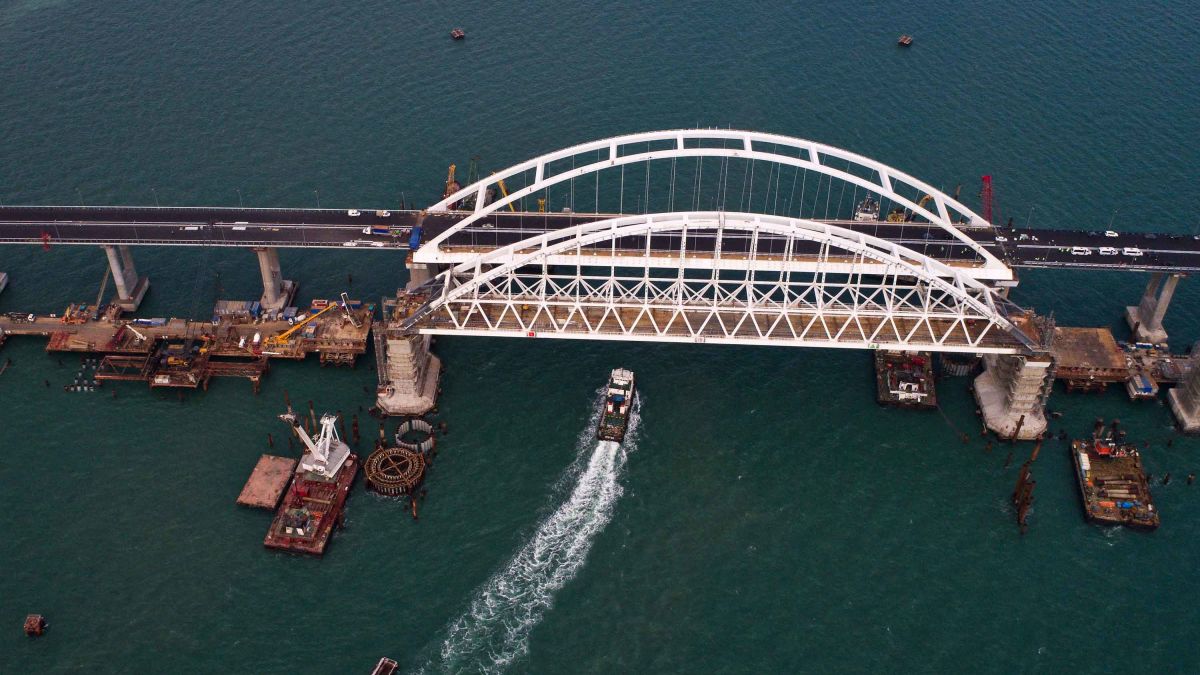 The Sea of Azov might be the new point of confrontation between Russia and Western-backed Ukraine. Even though Kiev currently does not plan to send Ukraine’s Navy ships through the Kerch Strait, as it did at the end of last year, it doesn’t mean that Ukraine and NATO won’t eventually decide to test how far Russia is ready to go in protecting its sovereignty.

The importance of Mariupol

The Sea of Azov, which is the world’s shallowest sea, plays host to two important Ukrainian ports – Mariupol and Berdyansk. Mariupol is a crucial industrial port city in the Donbass region with a population of around 450,000. It has been tense in the city since the spring of 2014 when Russia-backed Donetsk People’s Republic briefly controlled it. Ukrainian military managed to recapture the city, but during year, and also in 2015, Russia backed forced had at least two opportunities to regain control over the strategically important place. However, the Kremlin stopped the Donetsk People’s Republic forces in the middle of their military offensives, and made them sign the Minsk peace agreements instead. In the summer of 2014 the city was almost abandoned by Ukrainian military, and was practically left to various volunteer battalions to defend it. Still, Moscow ordered its proxies not to capture Mariupol.

Many analysts believe that Kremlin, at the time, had some deals with powerful Ukrainian billionaire oligarch Rinat Akhmetov, who owns steel plants in Mariupol. Leaving the city under Ukrainian control, the Kremlin provided Akhmetov the opportunity to keep using the strategic port for his own business interests. Ever since, the port became a tool for contraband, money laundering and lucrative business for both Ukrainian and Russian oligarchic groups. After Ukraine imposed economic blockade on the Donbass territory held by pro-Russia forces in 2017, Kiev effectively lost control over the important Donbass mines. Since the mines are located in Donetsk People’s Republic, the authorities of this self-proclaimed entity now export coal to Russia, and then Ukraine buys it from Russia and exports it via the port of Mariupol.

The Kerch Strait that connects the Black Sea to the Sea of Azov has significant political, military and economic importance for both Ukraine and Russia. In November 2018 three Ukrainian naval vessels crossed into Russian territorial waters in the Kerch Strait, which is de-facto part of Russia. Both countries have blamed one another for the incident which resulted in Russian capturing the ships including 24 Ukrainian crewmen, who’re still being detained in Russia.

The incident showed the importance of the of the Kerch Strait as a vital waterway that separates the Crimean peninsula from the Russian mainland. It also connects the Sea of Azov and the Black Sea. The narrow Kerch Strait leads from the Azov to the Black Sea, which in turn connects to Western Europe and to Asia via the Mediterranean and the Suez Canal. Since Crimea is de-facto part of Russia, Moscow now controls both sides of the Kerch Strait. In May 2018, following the Crimean Bridge’s completion, Russia reportedly moved naval vessels including warships from its Caspian Flotilla to the Sea of Azov, citing a need for stepped-up security around the new structure.

Due to the low height of the Crimean Bridge, ships that rise taller than its 33-meter clearance can’t reach the Port of Mariupol. Many believe that this bridge was deliberately built at a height that all but precludes Ukrainian commercial traffic from operating in the Sea of Azov, thus placing the port of Mariupol in economic jeopardy.

Waiting for a New Confrontation

In 2003 Russian President Vladimir Putin and Ukraine’s then-President Leonid Kuchma signed the agreement that makes the Sea of Azov jointly controlled territory, allowing both countries to use it freely. However, in reality, the sea is effectively controlled by Russia.

Gaining full control over the Sea of Azov Russia is actually attempting to prevent Ukraine from going ahead with its plan to set up a naval base in the Sea of Azov. According to some reports, Ukraine lost as much as 80 percent of its naval fleet when Russia annexed Crimea and took Ukraine’s ships with it. However, Ukraine now relies on NATO assistance, and in the foreseeable future Ukrainian vessels, backed by NATO, might attempt again to pass through the Kerch Strait in order to demonstrate that Russia does not have full sovereignty over Crimea. However, it’s unlikely that they will embark on such adventure until 24 Ukrainian sailors, captured during the Kerch Strait incident last year, are freed from Russian detention.

In any case, if the Kremlin allows such transit, NATO and Ukraine will doubtlessly see that as a sign of Russian weakness. The Kerch Strait, as well as the whole Crimean Peninsula, is a de-facto part of Russia, and any unauthorized passage through Russian territorial waters would be a clear violation of Russian sovereignty. NATO and Ukraine, on the other hand, never recognized the Russian annexation of Crimea, and therefore they claim they have the right to freely access the Sea of Azov through the Kerch Strait.

Whenever Ukraine and its Western backers decide to go through the Kerch Strait, the Kremlin will have two options: prevent Ukrainian and NATO vessels from entering Russian territorial waters by any and all means, which could trigger a military confrontation, or to let them pass, which would be seen as a sign of weakness.

In the past, Russia has done its best to avoid any potential confrontations with NATO member states and its allies. In November 2015 a Turkish jet shot down a Russian Sukhoi SU-24 near the Syria-Turkey border. Russian Foreign Minister Sergey Lavrov said that Russia would not initiate a war as a result of the incident.

In May 2018 the US military killed dozens of Russian mercenaries from the Wagner private military company. Following the incident, Russian media was silent.

In October 2018, Russian officials accused the US of attacking the Russian Khmeimim airbase in Syria, but the Russian military never responded.

In August 2016 Vladimir Putin accused the Ukrainian Defense Ministry of killing a Russian soldier and an FSB officer in Crimea, at the border with Ukraine. Apparently, Ukraine sent a sabotage-reconnaissance group to Crimea, which resulted in a brief border clash. Putin said Russia would “not let such things slide by,” but Russia never responded to the alleged killing of its military and intelligence personnel.

Since the Kremlin is obviously not ready for any serious confrontation with Ukraine and the West, it’s very unlikely that it would dare to prevent NATO and Ukrainian ships from passing through the Kerch Strait. NATO and Ukraine, on the other hand, are expected to keep checking how far they can go with provoking Russia. However, the Western powers have no reasons to go for a serious escalation with Russia in the Sea of Azov or in the Black Sea, as long as they have other instruments that they can use to get concessions from Kremlin.